Finding the one is only the beginning...
1954.
Zara is fifteen the first time she meets Leon. During a power cut in a small French museum, the two spend one short hour in the dark talking about their love for art, Monet and Paris. Neither knows what the other looks like. Both know their lives will never be the same.
1963.
In Paris, Leon no longer believes he will ever find the girl he lost that night. After dreaming about him for years, Zara thinks she has already found him. When they meet at an exhibition, they don't recognise each other yet the way they feel is so familiar...
Over the course of twenty years, Zara and Leon are destined to fall in love again and again. But will they ever find a way to be together?
'It's about dreams and taking chances.
Missed opportunities and mistakes. Loss and sacrifice. But above all, it is about love. The kind of love that survives time, distance... even death. The kind of love I wish for you.

What did I think about it..
Quite by chance sixteen year old Leon and fifteen year old Zara meet when there is a power cut in a small French museum and whilst neither sees the other they are each aware that a special connection has be made. A connection which will last for years and despite not knowing what each other looks like there is a definite recognition deep in their hearts.
What then follows is a quirky love story which takes the concept of love at first sight and mixes it up a bit with characters who meet, fall in love, but don't make a visual connection. It would appear that we make up our minds about people in the first seven seconds, and for Leon and Zara, it would seem that they are bonded over something much deeper than physical attraction.
The story unfolds gradually over time and we learn more about Zara and Leon in the process, their frustrations and unhappiness, the near misses of their meeting again, and the way that life sometimes throws complications in the way. The author writes with conviction and enthusiasm and uses, with good effect, the concept of never really knowing what fate has in store for any of us, and of all those lost opportunities which, sometimes, quite simply, pass on by.
Someday in Paris is a nicely written romance story by an author who clearly loves storytelling.
About the Author 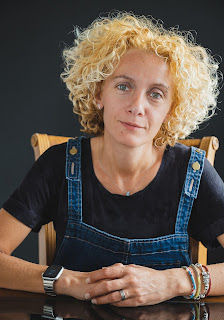 OLIVIA LARA was born and raised in Bucharest in a family of booklovers and storytellers. Since university she has worked as a journalist and marketer in Romania, France and the United States. She is currently a marketing executive in San Francisco and lives in the Bay Area with her husband, young daughter and four cats. Someday in Paris is her first novel.
Twitter @olilara_writes #SomedayInParis
Facebook
Instagram
Website
Amazon UK
There's currently a Goodreads Giveaway for Someday In Paris which is open to US entries only 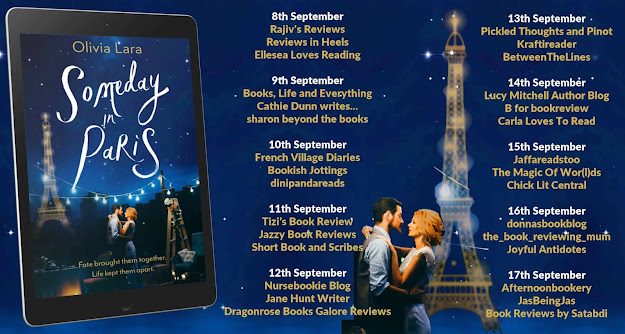