Blog Tour ~ Back to School by Jack Sheffield

This is an exciting prequel to Jack's Teacher, Teacher series. It follows Jack as he navigates life as a newly qualified teacher at a rough school on an estate in North Yorkshire.
The year is 1969 and Jack Sheffield is a young teacher in need of a job. In a room full of twenty-nine other newly qualified teachers, he’s overjoyed when he's appointed to Heather View Primary. Jack is excited to start his first year there and to begin shaping young minds in a beautiful new location on the edge of the Yorkshire Dales. But Heather View isn’t as idyllic as it first sounds. In fact, it looks more like a prison than a primary school. With less than adequate funding and a head teacher who doesn’t seem to care, it's no easy task to give the kids the education they deserve. But Jack’s determined to do just that. Full of warmth and good humour, Back to School is like taking a nostalgic walk through the past to a simpler time...
What did I think about it..
The author has written his well respected Jack Sheffield series since 2004 detailing an account of a teaching career which began with Teacher, Teacher, set in 1977, when Jack was appointed to his first headteacher role. Back to School, however, takes us right back to the very start of Jack Sheffield's career when, as a new teacher, he takes the first tentative steps on his life long career.
I think Back to School is a charming story and set, as it is, in a rather deprived primary school on the edge of the Yorkshire Dales, there's also a lot of warmth, good humour and the occasional pull on the old heartstrings. I hate to admit it, but I was still at primary school in 1969, so I was taken right back to my own school days, queuing up to give my pre-decimal currency dinner money to the teacher, and spending my break times playing skipping, with my friends, in the playground. I read through the whole of the book with a huge smile on my face remembering things I had long since forgotten.
There's a gentleness about the story which in a way belies the strength of the story telling as everything feels so easy, it's just as if you and the author are having a good old chat over a cup of tea in the staff room of Heather View Primary School. I loved the way that all of the teachers came to life, from the curmudgeon of a headmaster, to the wastrel of a caretaker, and all good solid Yorkshire folk in-between, there are lots of lovely characters who, quite simply, made me smile and occasionally laugh out loud.
Back to School is a delightful nostalgic trip down memory lane and adds another dimension to this successful series. I am sure that fans who have followed from the beginning will be delighted to go right back to the start of Jack Sheffield's career, and new readers can just as easily continue the next book in the series having a good idea of where the story had its beginnings.
About the Author 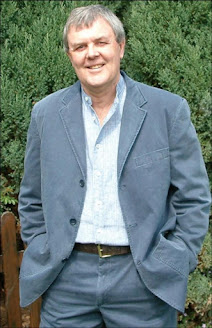 Jack Sheffield was born in 1945 and grew up in the tough environment of Gipton Estate, in North East Leeds. After a job as a 'pitch boy', repairing roofs, he became a Corona Pop Man before going to St John's College, York, and training to be a teacher. In the late 70s and 80s, he was a headteacher of two schools in North Yorkshire before becoming Senior Lecturer in primary education at Bretton Hall near Wakefield. It was at this time he began to record his many amusing stories of village life. He lives in Buckinghamshire.
Twitter @teacherseries #BacktoSchool
@TransworldBooks
@RandomTTours
Website 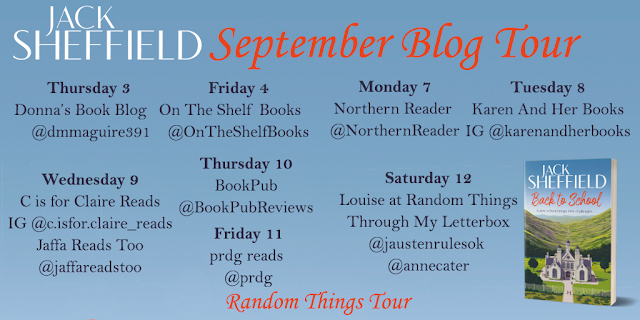