Delighted to be hosting today's stop on this Blog Tour

With its Agatha Christie-esque setting in a countryside house in Ireland, this is a classic revenge novel brimming with family secrets, stand out characters, originality, and a stellar twist turning the story upside down.

It's June 2008 and twenty-one-year-old Adam Lattimer vanishes, presumed dead. The strain of his disappearance breaks his already fragile family.

Ten years later, with his mother deceased and siblings scattered across the globe, Adam turns up unannounced at the family home. His siblings return reluctantly to Spanish Cove, but Adam's reappearance poses more questions than answers. The past is a tangled web of deceit.

And, as tension builds, it's apparent somebody has planned murderous revenge for the events of ten years ago.

Adam Lattimer returns home after a long absence which alters the family dynamic considerably as all is really not well in the Lattimer family. Each of the six siblings have reasons to be distrustful and as the story progresses we learn just where this dysfunctional family keeps its secrets.

Set mostly in Wexford in Ireland, in the gloriously named Spanish Cove, the hidden dangers and dangerous shadows of the Lattimers proves  to be addictive reading. There is much to take in, both in terms of plot and malice, and the author does a great job of moving forward and backwards in time so that we get an indication into what makes each of the siblings tick, and yet there are other game players to to be considered, particularly that of Frazer Lattimer, the family patriarch, who rules the family with manipulative ease, and whose narcissistic personality creeps and crawls throughout the whole of this complex crime story.

It would be far too easy to reveal something inadvertently and this suspenseful plot is much too clever to be spoiled. I was intrigued throughout the whole of the story and enjoyed putting together all the puzzle pieces. Six Wicked Reasons is another clever psychological suspense thriller by an author who really knows how to bring this genre alive in the imagination. 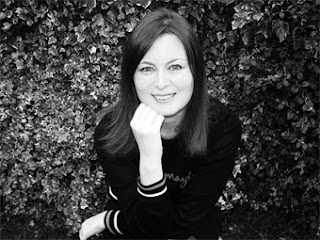 Jo Spain is a full-time writer and screenwriter. Her first novel, With Our Blessing, was one of seven books shortlisted in the Richard and Judy Search for a Bestseller competition and her first psychological thriller, The Confession, was a number one bestseller in Ireland. Jo co-wrote the ground-breaking RTE television series Taken Down, which first broadcast in Ireland in 2018. She's now working on multiple European television projects. Jo lives in Dublin with her husband and their four young children. 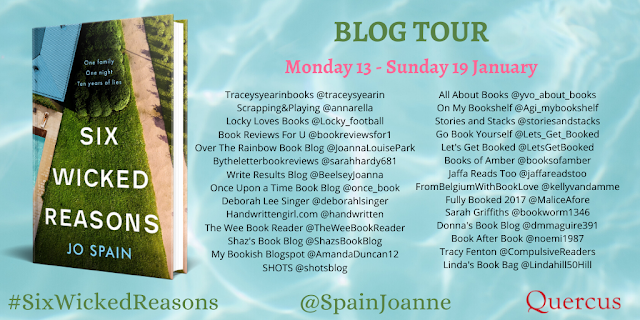