A notebook full of secrets, two untimely deaths – something sinister is stirring in the perfect seaside town of Morranez…
It’s summer and holidaymakers are flocking to the idyllic Brittany coast. But when first an old traveller woman dies in suspicious circumstances, and then a campaign of hate seemingly drives another victim to take his own life, events take a very dark turn.
Mila Shepherd has come to France to look after her niece, Ani, following the accident in which both Ani’s parents were lost at sea. Mila has moved into their family holiday home - The Sea House - as well as taken her sister Sophie’s place in an agency which specialises in tracking down missing people, until new recruit Carter Jackson starts.
It’s clear that malevolent forces are at work in Morranez, but the local police are choosing to look the other way. Only Mila and Carter can uncover the truth about what’s really going on in this beautiful, but mysterious place before anyone else suffers. But someone is desperate to protect a terrible truth, at any cost.. 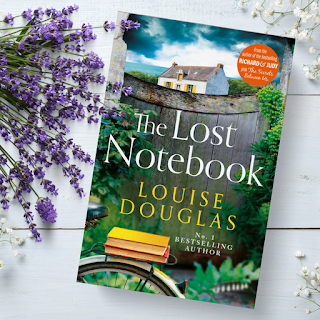 📖 My Review...
After a family tragedy, Mila Shepherd has returned to the Sea House in Brittany to care for her orphaned niece, Ani. Looking after a teenager is not without its challenges especially when Ani goes missing, only for Mila to find her talking to Gosia an itinerant woman whose mysterious lifestyle is at odds with the bustling tourist population of Morranez. Taking over her sister's missing persons business, Mila encounters Carter Jackson, a man who once had connections to the town and whose re-appearance opens up more questions than it does answers.
The Lost Notebook starts slowly, which I think is quite deliberate as it sets the scene perfectly and allows the characters to come to life. I especially warmed to Mila, who has had to make some big life changes in order to look after her sister's child and her transition throughout the story is lovely to see. We get little glimpses of Sophie, Mila's sister, whose voice from beyond the grave adds an interesting dimension to the story.
As always this clever author takes the reader on a wonderfully descriptive journey. Beautifully recreating the bustling Brittany town with all its secrets and hidden corners the mystery at the heart of the novel is revealed slowly with more than enough twists and turns. I enjoyed trying to piece together all the jigsaw puzzle pieces and hope that after the tantalising ending we might see a sequel...who knows?
Combining a multilayered mystery with a compelling family drama The Lost Notebook is everything I wanted from this talented author whose stories never fail to entertain.
Best Read with... a delicious millefeuille and maybe a selection of macarons from Morrannez's bijou patisserie..
About the Author 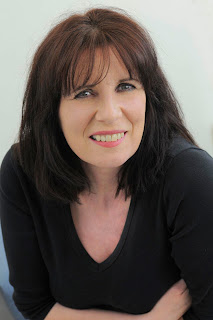 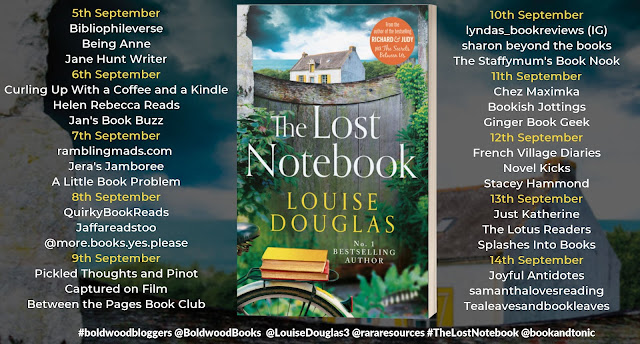