THIS MOTHER'S DAY YOU WILL CALL HER MUMMY
Glamorous, beautiful Mummy has everything a woman could want... except for a daughter of her very own. So when she sees Kim - heavily pregnant, glued to her phone and ignoring her eldest child in a busy shop - she does what anyone would do. She takes her. But little foul-mouthed Tonya is not the daughter that Mummy was hoping for.
Meanwhile Kim is demonised by the media as a 'scummy mummy', who deserved to lose Tonya and ought to have her other children taken too. Haunted by memories of her own childhood and refusing to play by the media's rules, she begins to spiral, turning on those who love her.
Though they are worlds apart, Mummy and Kim have more in common than they could possibly imagine. But it is five-year-old Tonya who is caught in the middle...
CALL ME MUMMY. IT'LL BE BETTER IF YOU DO
📖 My Thoughts..
I was so excited when, just before Christmas, I won a copy of this book in a Twitter competition. I couldn't wait to start reading it and then once I started reading I couldn't stop, devouring the story in the space of an afternoon and evening, and as the winter shadows lengthened so the story got darker and darker.
Losing your child in a crowded store is every parents worst nightmare, in fact losing anyone's child is definitely not good for the blood pressure. With realisation comes a terrible sinking feeling of panic which makes you want to stop breathing and there's an overwhelming sense of this can’t be happening, and yet for heavily pregnant Kim, misplacing her five-year old daughter, Tonya, is about to become a desperate reality and the starkness of the situation is tempered only by the kidnapper's cool, calm and deadly focus.
Call Me Mummy plunges us headlong into a terrifying roller coaster of unnatural obsession and the character, known only as mummy, is quite possibly the most singularly evil piece of work I have met in fiction for a long time. She made my flesh creep and my pulse race and every time mummy appeared on the page I wondered just what this clever author would have her do next.
Five year old Tonya, mouth like a sewer, made my arms ache to hold her tight. She's a feisty wee baggage that's for sure, but gradually as this sinister story unfolds we see changes in her which make you want to weep. I didn't expect to have as much sympathy for Kim as I did, after all, it was her indifferent carelessness which lost Tonya in the first place, and yet for all her faults, and she has more than a few, Kim is just trying her shabby best to survive in a world which is often as harsh and uncaring as the trolls who lambaste her on social media.
There's a clever ease to the writing, which probably takes an age to get right, but when it's done so beautifully, as in Call Me Mummy, it feels like you are just sitting having a natter with the author as she recounts a newsworthy story she's seen on TV that day.  Whichever way you look at it though this is a harsh story, its content is visceral and edgy, with clever dialogue and wonderfully flawed characters, and even though the story scared me half to death I just wanted it to go on until it reached its inevitable conclusion.
I read so many books in this genre that sometimes I've worked out the plot long before the wrapping up process starts and yet I really didn't see where Call Me Mummy was heading. I hung onto every well written word, clung to every bit of light relief which the author scatters like gems and throughout the whole of this dark and dangerously addictive story I had the distinct and clever voice of this talented author telling me a story I won't forget for a very long time.
About the Author
Tina Baker, the daughter of a window cleaner and fairground traveller, worked as a journalist and broadcaster for thirty years and is probably best known as a television critic for the BBC and GMTV. After so many hours watching soaps gave her a widescreen bum, she got off it and won Celebrity Fit Club. She now avoids writing-induced DVT by working as a Fitness Instructor.
Call Me Mummy is Tina's first novel, inspired by her own unsuccessful attempts to become a mother. Despite the grief of that, she's not stolen a child - so far. But she does rescue cats, whether they want to be rescued or not.
Twitter @tinabakerbooks #CallMeMummy
Website Blog
@ViperBooks 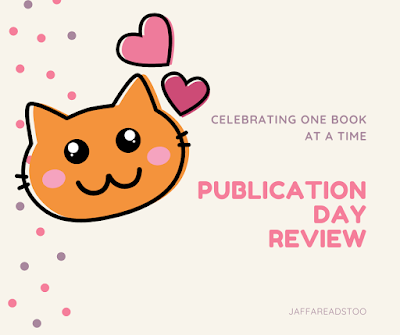