📖 Excited to be on today's blog tour 📖

The past was like water. Once the tide turned, you couldn't hold it back.'
In the long, hot summer of 1995, twenty-two-year-old Alice Lang rents a caravan on a holiday park on the outskirts of the lively holiday resort of Severn Sands. She befriends Marnie, a shy, damaged little girl whose father is the park's caretaker and whose mother died a few months earlier. Will, whose mother runs the bar, falls in love with Alice, and is unbearably jealous of anyone else she sees. Tensions rise until one evening Alice disappears from her caravan. She's never seen again, and only her scarlet dress is found washed up on the shore.
A quarter of a century later, the town is run down and nobody comes there anymore. Mr and Mrs deVillars, former owners of the holiday park, have passed the failing business onto their son Guy, who promptly sells the land for development. Builders clearing the land to create an expanse of executive homes uncover human bones. It has to be Alice.
Will and Marnie’s lives were entirely shaped by what happened that summer, and now Alice has been found, they must struggle to pin down their memories, to escape the secrets of the past, the lies they told and the unbearable guilt they're both carrying.
They need to find out what happened to Alice. Who killed her? And why?
📖 My thoughts..
The holiday resort at Severn Sands is once again the subject of scrutiny when human remains are found when the holiday camp is being demolished to make way for a housing development. Twenty five years earlier the mysterious disappearance of twenty two year old Alice Lang caused a similar upset when she left her caravan on the holiday park, never to be seen again. For those who lived and worked on the camp site this disappearance has lain heavy, particularly for Marnie who was then a withdrawn ten year old, and also for nineteen year old Will who had a crush on Alice.
The story then introduces us to the grown up versions of Will and Marnie, both have been damaged by what life has thrown at them and over the years they have each carried a burden of doubt and guilt. Both characters are extremely complex, I found Marnie quite fascinating, she's a gentle soul, far more comfortable with animals than she is with people, and yet there's a hidden depth to her which the author cleverly brings out as the story develops. It took me a while to warm to Will, he has sharp edges which hide his vulnerability, but the role he played in the mysterious events at Severn Sands a quarter of a century ago are crucial to the plot.
As the story progresses the author gradually reveals more about these two central characters and as the events of the summer of 1995 come sharply into focus so a fascinating story, with lots of twists and turns, is gradually revealed.  This clever author succeeds in building the tension quite slowly and there's an underlying edginess which at times gives the story quite a sinister feel. I especially enjoyed how the holiday resort became a character in the story, this quiet place, so down on its luck, has kept its secrets well hidden for far too long.
The Scarlet Dress is beautifully written as we have come to expect from this talented author. I flew through the story in the space of one sitting as I didn't want to give up until I knew the secrets of the scarlet dress and the role that both Marnie, Will and the other lead characters played in this compelling story. 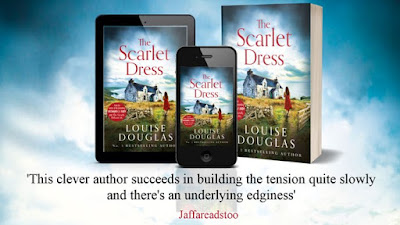 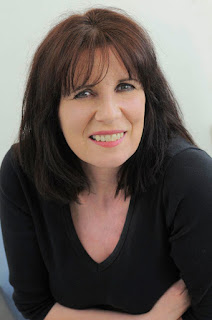 Louise Douglas is the bestselling and brilliantly reviewed author of novels including The House By The Sea and Missing You-a RNA award winner.The Secrets Between Us was a Richard and Judy Book Club pick. She lives in the West Country.
Facebook
Twitter @louisedouglas3
Goodreads
Instagram
Bookbub
Sign up to mailing list
Purchase link
Follow the blog tour  #TheScarletDress
@BoldwoodBooks #BoldwoodBloggers
@Rarresources 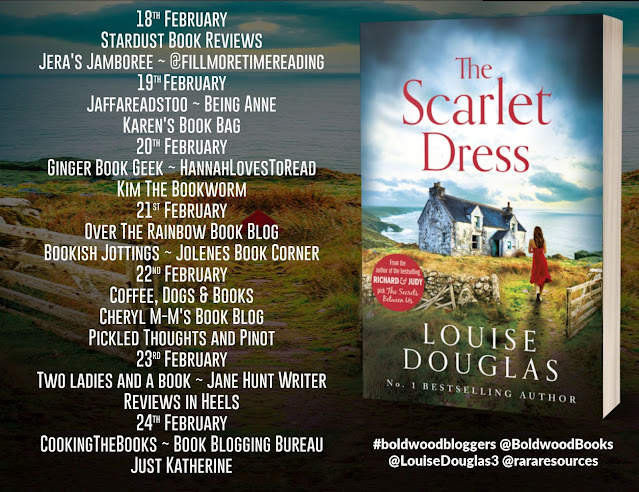