1914 - and everything changes for Jessie on a day trip to Blackpool.
She realises her true feelings for her childhood friend, Arthur.Then just as they are travelling home from this rare treat, war is declared.
Arthur lies about his age to join his Pals' Regiment.
Jessie's widowed mother is so frightened of the future, she agrees to marry the vicious Amos Morgan, making Jessie's home an unsafe place for her. Before he leaves, Arthur and Jessie admit their feelings and promise to wait for each other.Arthur gives Jessie a heart-shaped stone to remember him. But with Arthur far away, their love leaves Jessie with a secret that will see her thrown from her home and terribly abused when she can hide the truth no longer.
Faced with a desperate choice between love and safety, Jessie must fight for survival, whatever the cost.
📖 My thoughts..
On a day trip to Blackpool, in 1914, sixteen-year old Jessie realises that the feelings she has for her friend, Arthur, run far deeper than that of mere friendship. However, after this idyllic day trip to the coast is over, life for both Arthur and Jessie would change forever.
As WW1 is declared Arthur is determined to fight for king and country and joins one of the PALS regiments leaving behind his sweetheart with only the promise of meeting up with her again once the war is over. Everyone expected the fighting to be done with by Christmas and for a very special reason the time can't go quickly enough for young Jessie.
What then follows is a heartbreaking family saga about the struggles of surviving, not just the hardships of wartime, but also during the personal tragedies which test Jessie's mettle time and time again. So visceral and raw is Jessie's suffering that it becomes unbearable at times to see just how much she had to endure in her personal life when all ever she wanted was to be happy with Arthur.
With excellent research, and a fine eye for all those special little details, the author brings the history of the time to life, both on the brutal battlefields of Northern France, and in the steady camaraderie and stoicism of a small community which has been split apart by war, and where gossip and sly innuendo flourished on street corners and in back kitchens. The characterisation is excellent, some people you love, whilst others you love to hate but without doubt they all bring something vital and valuable to this rather special story of tragedy and heartbreak.
The Heart Stone is a beautifully written historical saga by an author who creates characters who not only come to life on the page but who also touch you emotionally as their complicated lives progress.
About the Author 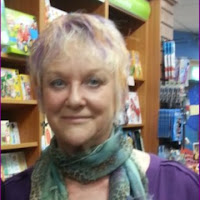 Judith Barrow has lived in Pembrokeshire for nearly forty years.She is the author of six novels (five for Honno), and has published poetry and short fiction, winning several poetry competitions, and had a play performed at the Dylan Thomas Centre. Judith grew up in the Pennines, has degrees in literature and creative writing and makes regular appearances at literary festivals. She is the joint founder of the Narbeth Book Festival. 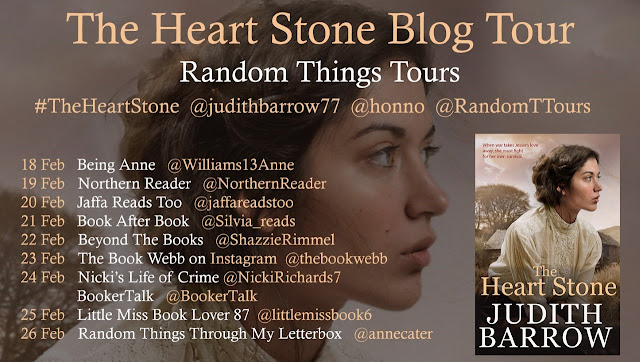