Review ~ Coffin Road by Peter May


On the Hebridean Isle of Harris a man is washed up on a deserted beach. He has no recollection of his name and yet, he finds that he has a dog, a home and even a sexual relationship with another man’s wife, and yet nothing triggers substantial memories beyond a shadow of doubt. The only tangible clue he has, is a folded map to a place known as locally as the Coffin Road, but even this conjures more questions than it does answers. Meanwhile, a detective in Lewis is sent to a remote rock twenty miles off shore, to investigate the death of man found beaten to death. And in Edinburgh, a teenage girl mourns the loss of the father she adored and struggles to come to terms with the fact that her scientist father has taken his own life.

Three stories, all different and seemingly with no connection, come together in this skilfully plotted crime thriller. There is no doubt that our memories define us, and when robbed of recollection we flounder and rely on those around us to fill the gaps, and yet, in the Coffin Road there are so many unstable narrators that we never truly know who is filling in the gaps with the truth, or who are continuing to feed us fabrications and deceits.

As always, the author has used the stunning backdrop of the Hebrides to weave together a convoluted tale of self-discovery, in which the myriad twists and turns lead us first one way and then another. I enjoyed trying to figure out what was going on and thought I had it figured out, only for the plot to move up another notch, until I was genuinely surprised by the eventual outcome.

Best read with…lashing of bacon and eggs and mugs of tea, liberally laced with a slug of good Hebridean malt whisky. 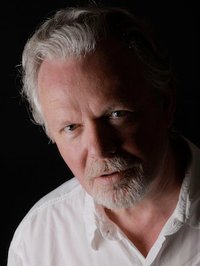