The Author in my spotlight is ... C. T. Sullivan 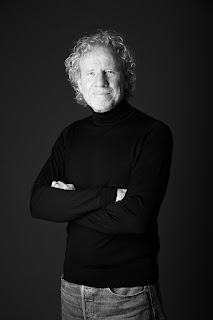 
Hi Chris and welcome to Jaffareadstoo. It's great to have your company today...

Where did you get the first flash of inspiration for Reasonable Force?

The idea for my book first began to filter though my brain when some years ago I read a story about a farmer who shot and killed one of the intruders that broke into his farmhouse. After intrusive and harsh media coverage he was convicted of murder, which was reduced to manslaughter on the grounds of diminished responsibility and served three years in prison. Many such incidences followed where householders had fought back against their intruders, in order to protect their homes and loved ones, only to be treated as the criminal. The law of Reasonable Force appeared to be protecting the perpetrator and not the victim. I have always felt that this was an ungovernable law. What is reasonable force and how do you administer it when someone breaks into your home in the dead of the night – you are frightened, adrenalin pumping through your veins, unaware of the intruder’s intentions. Does he have a knife, a gun?

I would like to add here that this book is not a campaign. I thought it was a ‘controversial’ subject that could affect every one of us and would make a terrific crime thriller novel.

A) Due to an incident as a young boy, the main protagonist Nick Summers is left with feelings of guilt and a deep-seated anger and mistrust towards the police. This early traumatic experience goes some way to explaining Nick’s future actions.

B) The subject matter is very close to home. In fact, this terrible dilemma is right inside our homes. It plays out a situation that any one of us could find themselves in, constantly evoking the questions 'what if' and ‘what would I do’ in the minds of the readers.

C) This is a tale of ordinary people in an extraordinary situation that explores the contentious area of how far one would go to protect one’s family and property.

In your research for Reasonable Force did you discover anything which surprised you?

I appear to have an acute sense of intuition concerning people’s characters and their behaviour which I think was due, in no small amount, to my mother’s death when I was nine years old. So a good deal of how the individuals acted and reacted in the story was drawn from my personal experiences and the many varied people I have met. But what did surprise me, as the story grew, was how some of those characters seemed to take the behaviour I gave them and expand it to another level.

As far as the villains in my book are concerned, part of me is glad they have had their comeuppance whilst a smaller part of me wants to understand what drove them to make their jaundiced, antisocial decisions in life – but these are definitely my enemies. I want the good guys to gain strength and learn from adversity – I care for them but they are not necessarily my friends. Some of these characters are how I expected them to turn out, but as I mentioned in the previous question, others have ended up with stronger or simply different qualities than I first imagined.

I had a basic idea of the book in my head, with a plot and a set of sketchy characters all in place, but I am not one for charting a detailed skeleton of a story. I started writing and let it take me forwards, sideways and, at times, backwards. The experience was a cocktail of excitement, surprises and apprehension.

Yes, my objective is to write the books that I love to read. These being fast-moving page-turners that have unexpected twists and turns with a small possible pinch of humour. I am not a great lover of some stories that are eked out to over six hundred pages when they can be told with the same amount of important detail and have more impact on seventy percent of the paper. Author influences are early Peter James, James Patterson, Khaled Hosseini, Sebastian Faulks amongst others.

Ten years ago my wife was required to go to her small New York office for three months to gee up the under-performing workforce. Having just left the City after twenty-five years  as a moneybroker I went along as ballast. With nothing to do officially,  I kept a diary of my experiences and observations whilst digging down into Manhattan’s colourful history. I have recently finished putting that together as a sort of Bill Bryson in reverse that is hopefully informative and humorous. Also I have just begun another crime thriller centred around a public school.

Chris ~ thank you  for sharing your thoughts about the writing of Reasonable Force.

Jaffa and I wish you continued success with your writing and hope you'll come back and visit us again.

My thoughts about Reasonable Force.

Nick Summers, and his wife, Mel have a settled life and a loving relationship. They are trying, albeit unsuccessfully, to conceive a baby, but apart from this small blip, their lives seem to be ticking along quite nicely. That is, until an intruder breaks into their home, and in a heartbeat of a moment, with all things hanging in the balance, their lives are irrevocably changed forever.

What then follows is a fast and furious crime thriller which keeps you on the edge of your seat from the very beginning. There is much to take in, not just with what's going on in Nick and Mel's now extremely unsettled life, but also with the local crime team who, led by shady police officer Nathan Ballack, have a whole heap of problems of their own to solve.

Overall, it's an interesting observational piece about the moral dilemma that faces anyone who may come face to face with an intruder in their home, and what constitutes 'reasonable force'. I thought that the plot at heart of the novel worked well. The story is punchy and robust, with well imagined characters, who, whilst not always likeable, add a scary amount of realism to this gritty and uncompromising crime thriller. I could quite easily see this being made into a crime drama. It has more than enough twists and turns and there are some really interesting scenarios, which, with the right sort of script, would play out really well on TV.

Best read with a strong espresso and a tub of dry, roasted nuts...

My thanks to the author for sharing his book with me and to Cameron Publicity for sending my copy of Reasonable Force.