The Winter Garden by Jane Thynne


This is the second novel I have read by this author and again features the actress/ spy Clara Vine who appeared in the first novel in the trilogy, Black Roses. The story starts in Berlin in 1937 at the infamous Nazi bride school which attempts to ensure that the young women being educated there will make perfect wives for the elite SS officers. A dramatic opening sets the scene for the entire novel, which soon becomes a fascinating glimpse into a forgotten era. Clara is a feisty protagonist and very quickly gets drawn into events which are way beyond her control.

I'm not sure that, for me ,this book worked quite so well as the first book, as there were times when the narrative got a little clumsy and could have perhaps done with a bit of fine tuning before completion. My opinion is that this trilogy is better read in order as the dates move chronologically and I think would be difficult to pick up some of the finer nuances of the background to Clara’s life and personal background.

My thanks to NetGalley and Simon & Schuster for my digital copy of this book. 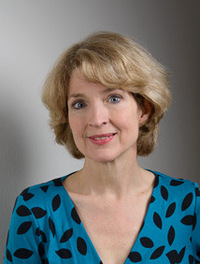 Jane Thynne was born in Venezuela and educated in London. She graduated from Oxford University with a degree in English and joined the BBC as a journalist. She has also worked at The Sunday Times, The Daily Telegraph and The Independent, as well as for numerous British magazines. She appears as a broadcaster on Radio 4.