The author in my spotlight is ...Sarah Beeson MBE

I am delighted to welcome the writers of The New Arrival 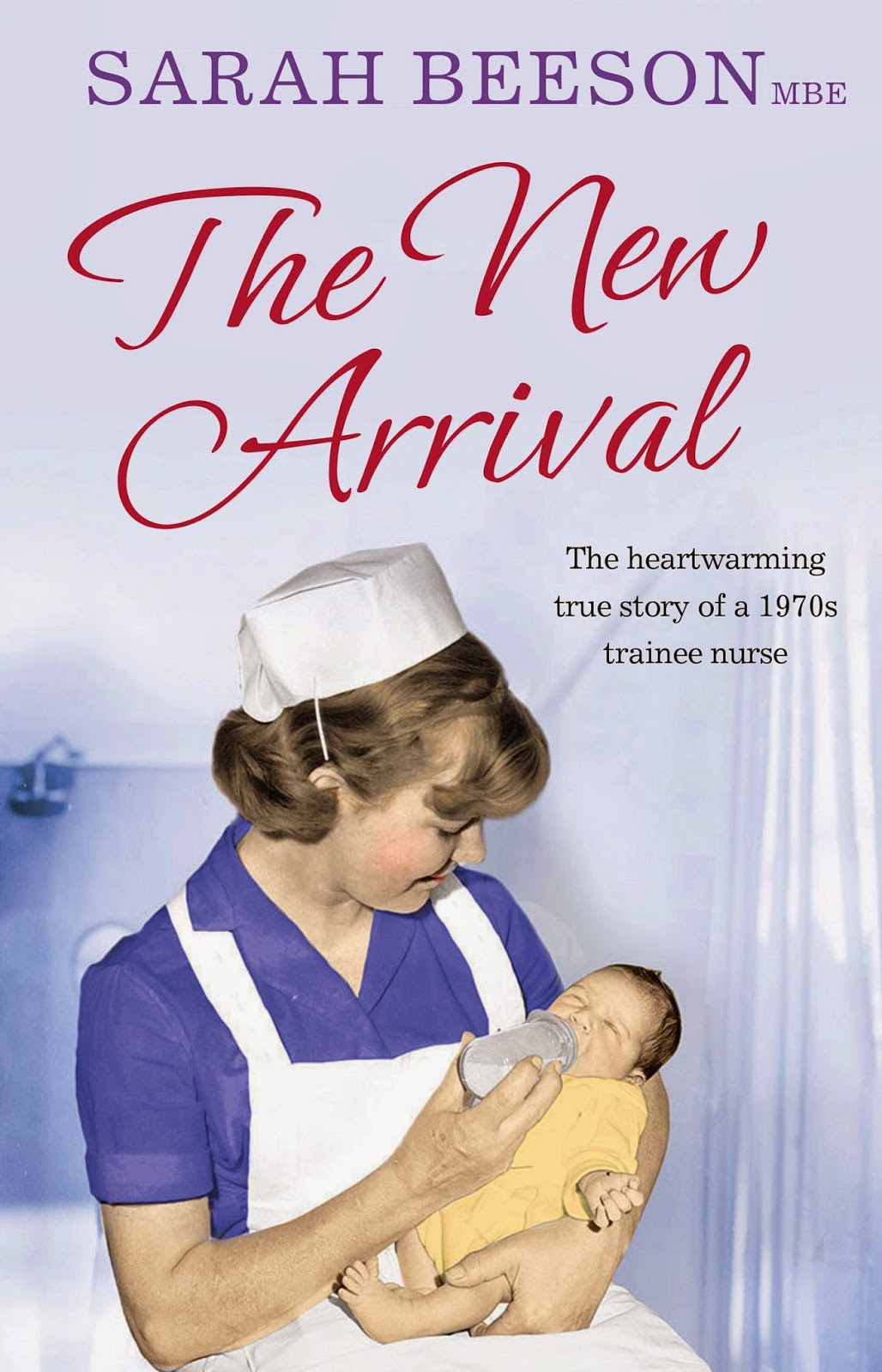 The New Arrival
by
Sarah Beeson

is published by Harper Collins in paperback at £7.99

Sarah - The New Arrival is about your time as a young nurse in London during the early 1970's - what made you want to revisit this time?

Before we started work on the book I met up with my old nursing friends Appleton and Lynch and we had such fun reminiscing over our wild days in Hackney; counting up all the boyfriends we’d had between us, the parties, the clothes and the hairstyles and most of all, the people we worked with and the extraordinary patients we’d encountered. It’s been a gift to take the time to remember all those experiences and realise just how far we've come as a society since the 1970s. I see it now a time when there was a spirit of optimism and fun and a real desire for social change. 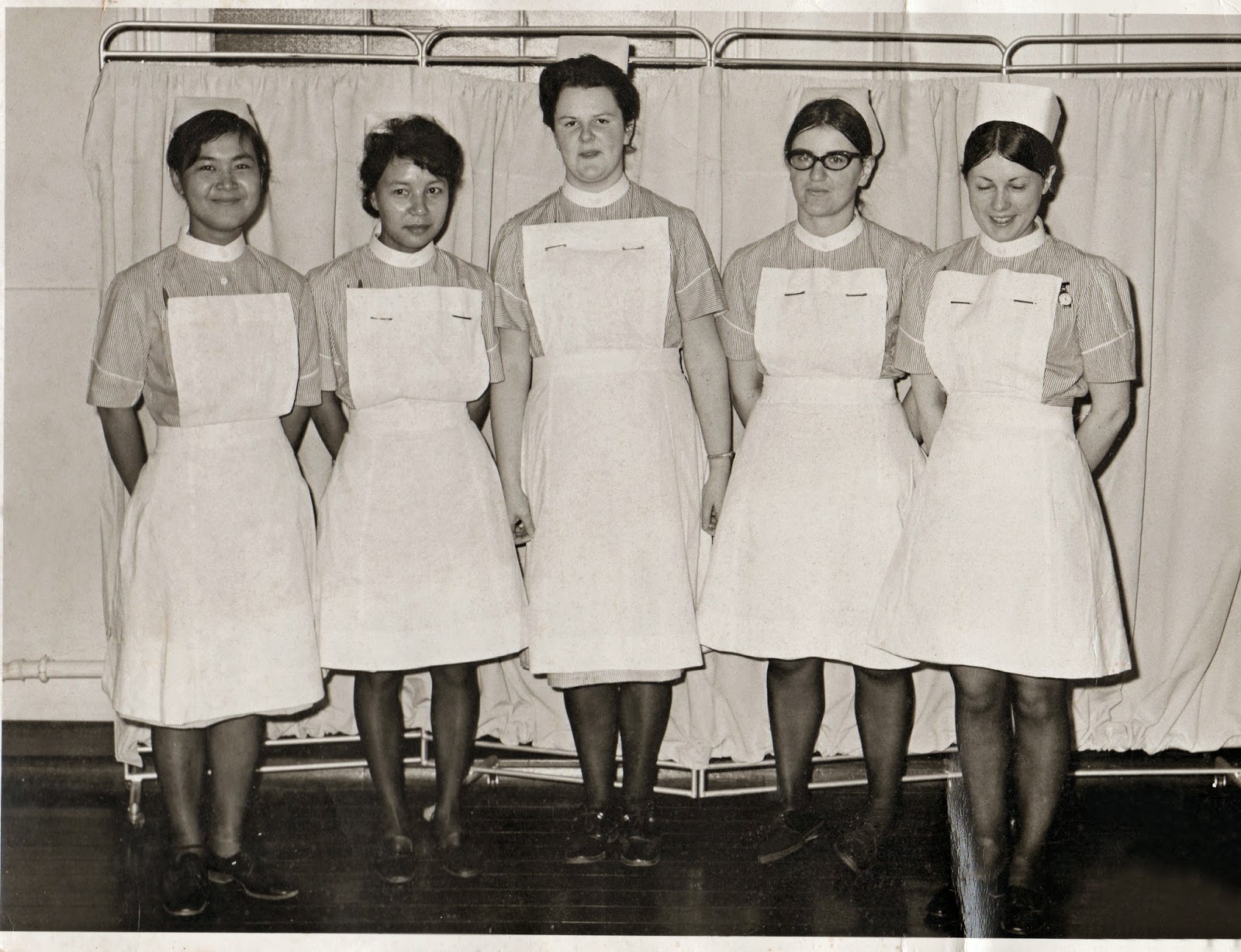 Sarah - When writing the book did anything surprise you about your memories of that time, if so what?

I see now how exploited the nursing staff were. We worked such long hours for little pay. We went into nursing as a vocation and it was still in the spirit of Florence Nightingale which made for some fine nursing but it wasn’t fair in the sexism there was towards female nurses. We’ve come so far in striving for equality for women and children. Hackney was the real beginning of me becoming politically aware, of getting involved in feminism and social justice. I saw first-hand how the NHS really worked and learnt how to try and influence things to benefit staff and patients.

Amy -  you have collaborated with your mum on the writing of the book , what did this experience mean to you?

It’s been the best job in the world writing with mum. It’s a dream come true to get a book published but to do it together is just amazing. We’re very close so to have each other’s support has been a wonderful experience and it’s been enriching for me as a writer and a daughter to find out more about what my mum’s life was like before I came along.

What is it about the book which you think will appeal to readers and who is your target audience?

I hope the book will have broad appeal. What’s been very lovely is all the young women and girls who’ve contacted us who are considering a career in nursing. I think it has the broadest appeal for women but what’s nice is that readers from 14 to 86 have told us how much they’ve enjoyed it. We’ve got a lot to thank Call the Midwife for - it has awoken an interest in social history about NHS staff and patients, as well as in the cultural history of the recent past.

What would you like readers to take away when they finish reading The New Arrival?
I’d like them to enjoy it first and foremost. To be moved, to laugh, to feel like they have a connection with the characters because they were real people. I also hope it inspires nurses or people who want to be nurses of the value they bring to the NHS and the difference caring for people makes in the world. 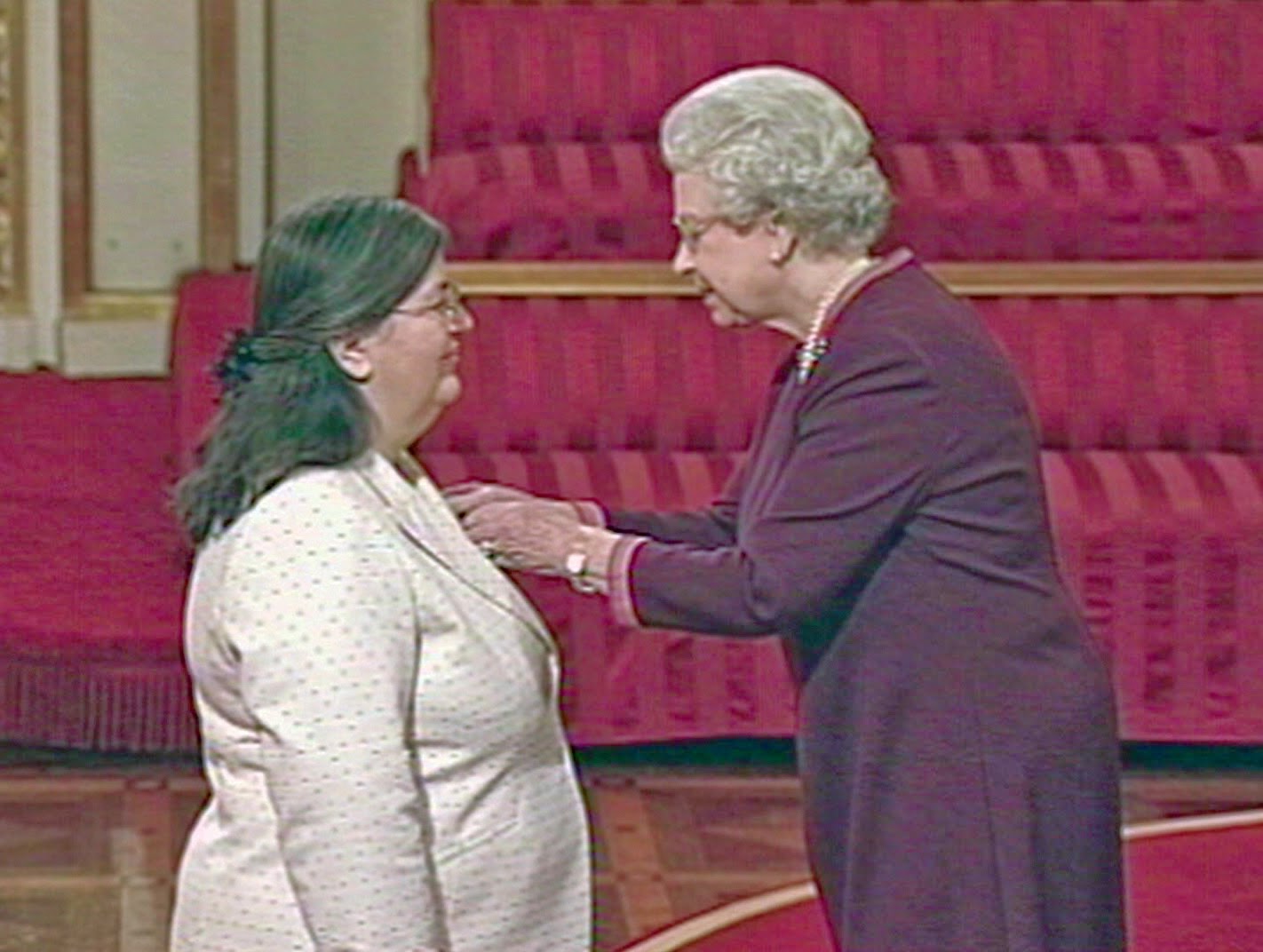 Sarah receiving her MBE from the Queen for services to children and families.
Buckingham Palace , February 2006

My thoughts on The New Arrival

I'm a huge fan of the television series, Call the Midwife, not just because of the nostalgic pull of the story and its vintage setting in the 1950’s, but also by the social commentary of the life and times of those who lived and shaped the health of the nation in this important time in post-war Britain. When I was given the opportunity to read and review The New Arrival, I immediately jumped at the chance to experience what life was like for a young student nurse in London during the early part of the 1970’s. What I discovered was a social commentary, similar to that of Call the Midwife, but with an added twist of bringing the story into an era I know rather more about. My own nurse training commenced during the latter part of the 1970s, and in many ways Sarah’s nursing story is similar to my own.

An undeniable warmth pervades The New Arrival and Sarah writes with great conviction and real compassion for those in her nursing care. Her sharp and canny social observations really bring this era to life in a lively and informative way which neither patronises nor sensationalises the nursing profession but which gives huge insight into just what life was like for young nurses during this time. The book is populated with a rich array of characters; all based on real people whose lives intertwined and whose stories become deeply personal and immensely moving. There are the usual lively high jinks, which all nurses are all too familiar with, and which add a lovely richness to the narrative. I found myself with a wry smile on my face especially when Sarah describes hiding a well deserved cup of tea in the bin during Matron's ward visit -I remember doing something similar with a bowl of ice cream !

The New Arrival captured this inspirational time so realistically that  I felt like I was transported back in time to a less technological age when good nursing standards were the order of the day and where nursing sisters guarded their ward areas like the dragons they were. It made me immensely proud to have been part of the nursing profession for thirty years of my life and I am thankful that Sarah – with her daughter Amy’s collaboration - will continue to describe her nursing exploits in further volumes of her story.

My thanks to Sarah and Amy for giving such a thoughtful interview and to Virginia Woolstencroft at Harper Collins for the generous offer of a  copy of The New Arrival for one lucky UK winner of this giveaway.