The author in my spotlight...... is N J Alexander 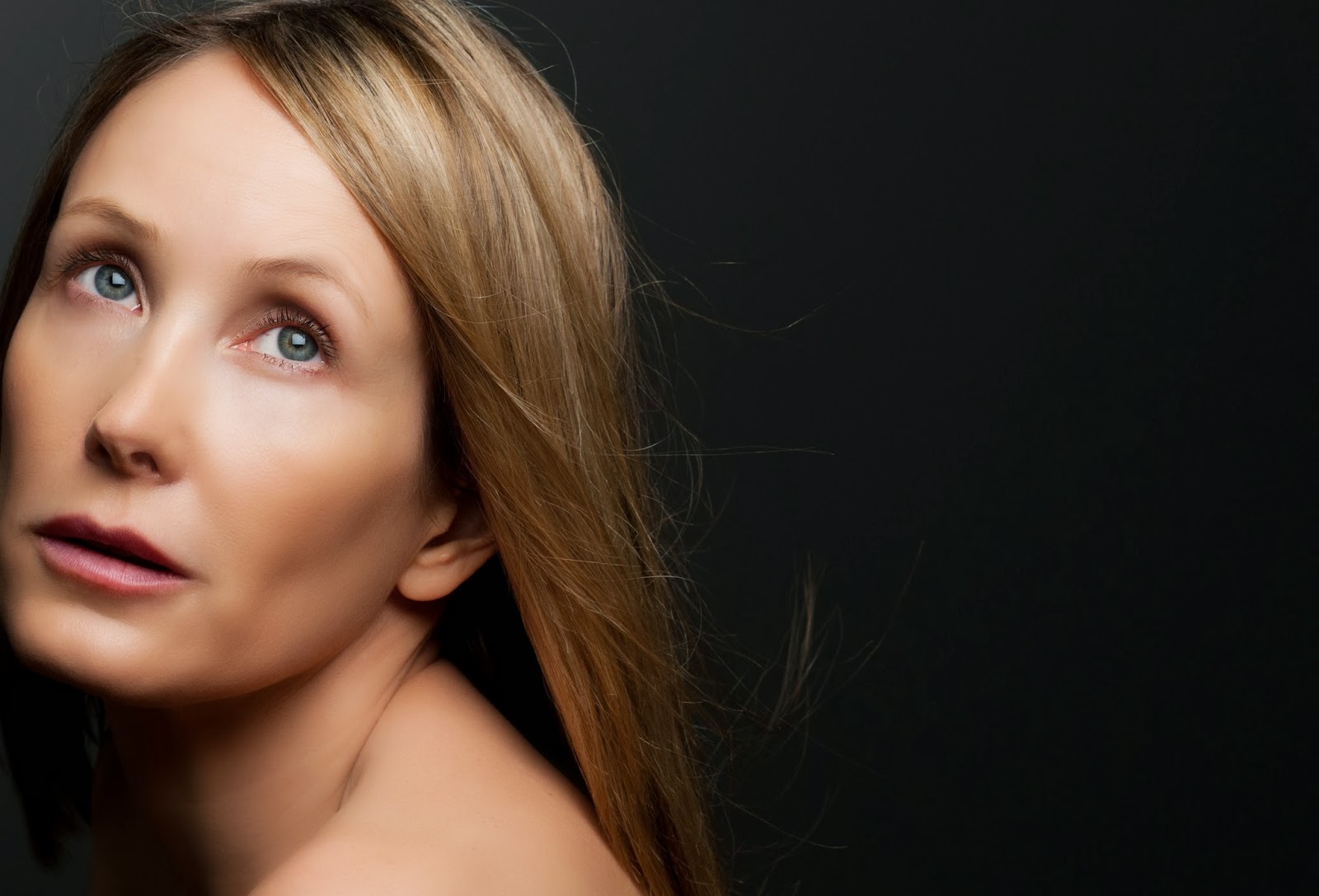 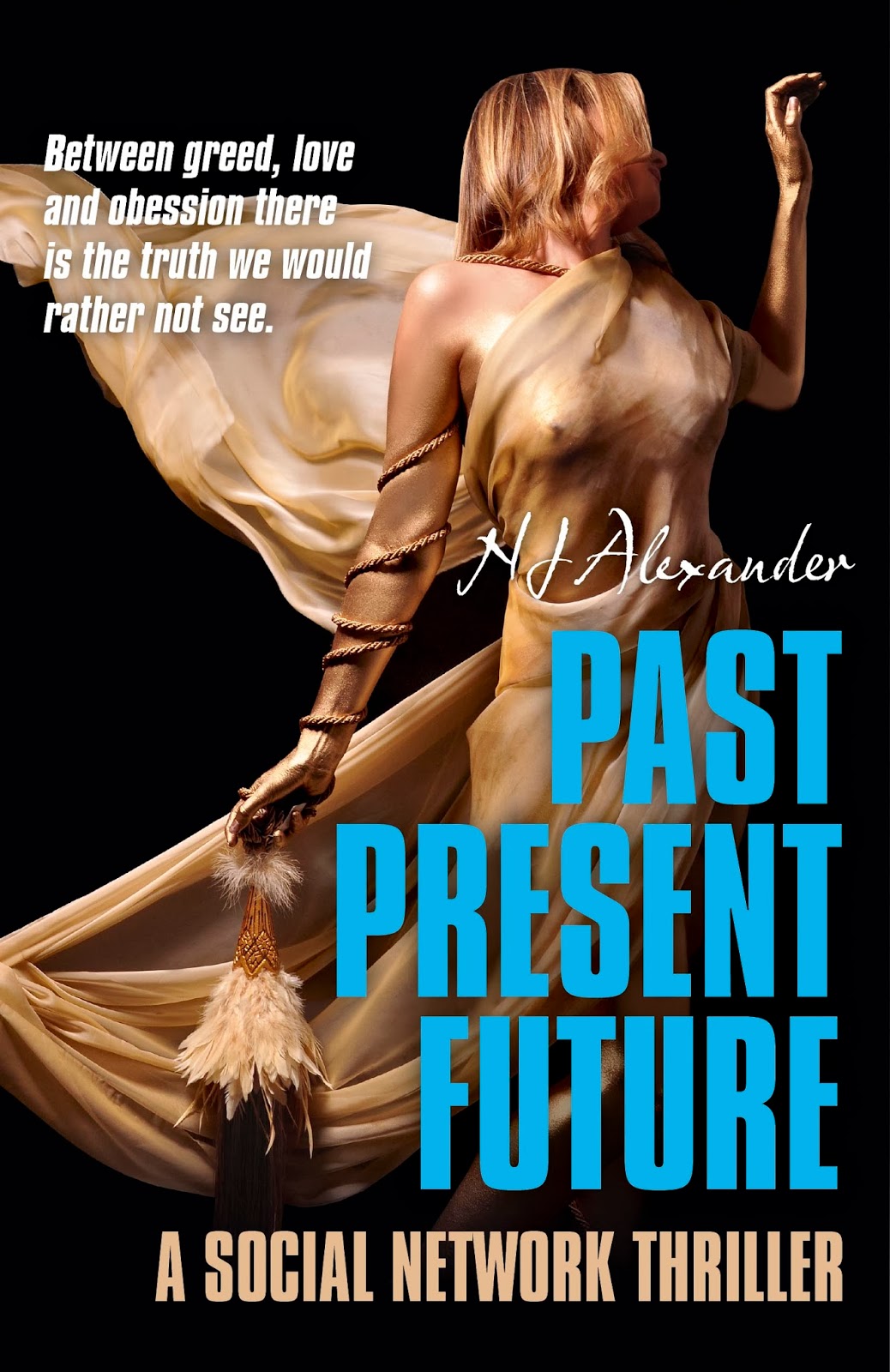 What was your inspiration for Past Present Future?

I pretty much lived through most of what happened in the novel, minus a few twists and turns. I will say that there is a very fine line separating the main narrator Nicole and myself, although she is ultimately braver and far less submissive to authority than me.

The events definitely felt like they were unfolding like a book and I could see that Facebook was drawing so many of us in for better or worse that it would make a good topical platform for a novel. But let’s just say I walked away with a novel and Nicole, well – you’ll have to read the book.

It is based around Facebook, a classic novel called Simon Dale written in 1898 and a string of extraordinary coincidences that send Nicole’s sanity spiralling. She lusts after a man on her Facebook who is out of her reach but who sends her hidden messages via his status updates. At the same time her long-term partner, Richard, receives sinister text messages from an anonymous source. Nicole’s dangerous desire is fuelled by the financial chaos triggered by the credit crunch that causes her to reach for the ‘what-if’ man from her past.

This is your first novel, how much of a challenge was it to get your work finished and published?

I knew when I set out to write the story in 2009 that it was going to be a challenge. There are so many blogs out there quoting the misery of less than 1 per cent of novels ever getting published via the traditional route and that the author’s hard work generally ends up in an agent’s slush pile. But I was so convinced I had a story worth telling that I was determined to rise to the challenge even though I needed to learn how to write an actual novel. I would guess that with all the writing, re-writing and editing, I must have written around five hundred thousand words to end up with a hundred thousand-word book. At one point I was advised to switch from present tense to past tense, and that meant re-working every single sentence, but it was that task that gave me the inspiration for the title. But even when I thought I’d finished the final draft and was lucky enough to engage the interest of one of the UKs leading agencies, the agent there wanted more twists and turns and to push up Nicole’s paranoia. So once again I had to re-work it and weave new bits in. But then after all that work the agent said that it still wasn't menacing enough for her. She wanted it to compete with SJ Watson’s Before I go to sleep. The mere fact that she was even reading my manuscript with this book in mind was unbelievable and was enough to boost my confidence as a writer. But I think we were trying to turn the story into something that it wasn't and I really wasn't comfortable with some of the changes because they were sitting within a book that contained so much truth. After the agent dropped it, I stripped some of the things back (more work), but kept the changes that I thought enhanced it. The agent’s input really did improve the pace in the first five chapters, so I was really grateful for all her help even though it ended painfully.


Fortunately I had already been offered a contract direct with a publisher. It came through the same week that the agent had asked to read my full manuscript. I stalled the contract offer, to see how things would go with the agent, so after it was ultimately rejected, I took up the contract.

The book world is very competitive - how do you get your story noticed?

I’m still living and learning with this one. I was well aware that the story had a strong journalistic angle right from the start and after sounding out several journalists, I eventually got good national coverage leading up to the novel’s release. It was probably a little too good – at one point my mum turned on the TV and I was the topic of conversation on ITV’s Loose Women. I still break out in a sweat even thinking about that one!


I also have a website: pastpresentfuture-novel.com as well as a blog, so I’ve been busy with SEO to try and drive readers to the site based on keyword searches.

Finding reviewers has been far more difficult as those good enough to give their time to read new books are swamped. So as a new author I have been so grateful to every blogger/book reviewer who has been kind enough to take on my book.


I can say without question that I’ve had more doors slammed in my face than opened, but I just keep on knocking. I suppose if I was to give myself tips for a PR campaign based on experience then I would say:

1.) Start looking for potential reviewers at least three months before release. (I was a bit late moving with this.)

2.) Seek media coverage – as in articles – by making contact with journalists who have good links with the national press. But keep the coverage as close to release as possible. (I peaked dramatically, but six months too early.)

3.) Have more than one novel in the pipeline. If it weren’t for the fact I wanted to be one of the first to explore Facebook, I would have delayed this one until I had at least two ready to go.

4.) Build up good social networks with readers and authors. I’m trying my best with this one but had such a nasty experience with social networking that I do find it difficult. But if you’re a reader or writer on Twitter, then please follow me – I follow back J

‘Planned’ is definitely the key word here. I’m still at the research stage, as I am having to fit it in around rather a lot of commitments at the moment. But what I can say is that the story involves an insurance policy and a crime and will be entirely based on fiction – it’s far less restricting.

Nicola ~ Thanks so much for taking time to share your novel with us and for giving such a fascinating insight into the writing process.

Jaffa and I wish you much success.

Mt thoughts on Past Present Future


I was taken by surprise by this book. Not only because it was based on events which happened in the author’s life but also because it brought to my attention the sinister and often overlooked aspects of social media. Once I started to read Nicole’s version of events I became totally involved in the story and even though the instability of Nicole’s role as narrator often left me with more questions than answers, I was so intrigued by way in which the story evolved; I couldn't help but read the book quickly.

I think we are all aware that whilst social media has potential for great good, it also has an equal potential for great harm. This story acts a salutary warning about the way in which we conduct our personal and very private life and how we sometimes share our innermost thoughts and feelings with people we know very little about in real life.

I've always had a healthy respect for the role of social media in my life but after reading Past Present Future I certainly view Facebook in a whole new light.