My Guest on the Blog is Catriona Troth 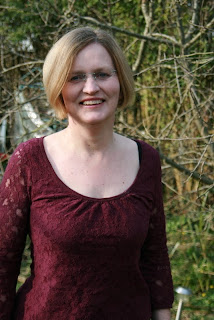 
The people of the Haida Gwaii tell the legend of the raven – the trickster who brings the gift of light into the world.

Terry always believed his father would return one day and rescue him from his dark and violent childhood. That’s what Indian warriors were supposed to do. But he’s thirteen now and doesn’t believe in anything much.

Yet his father is alive. Someone has tracked him down. And Terry is about to come face to face with the truth about his own past and about the real nature of the gift of the raven.

How would you describe Gift of the Raven?

It’s a story of a teenager exploring his own heritage and learning to take pride in it.  Terry has been told all his life that his Indian roots are something to be ashamed of.  When he was younger, he imagined his father as a warrior who would rescue him from his brutal stepfather.  But that father never came, and now he’s pretty much given up believing in anything.  So how will he react when he comes face to face with man who left him and his mother to suffer for all those years?

How much research did you do for Gift of the Raven?

Not as much as with some things I’ve written!  I read some books about the history of the Haida, including Christie Harris’s Raven's Cry, and I spent time learning about the techniques used by the Haida artists.  And as Terry is a huge fan of the Montreal Canadiens, I had to remind myself all about hockey!  I also had to relearn my Canadian English (not having lived there since I left school).

I started with a string of short stories, and Gift of the Raven expanded out of the first one.  Maybe because Terry is an artist – and he is character through which we see everything – it felt like a very visual book. Many of the scenes grew out of their settings, and others from objects – especially the Haida art.  (I’ve created a Pinterest board, so that I can share some of that with readers who are interested in exploring that world further.)

I do tend to be inspired by events and news items.  In the case of Gift of the Raven, the story was partly triggered by the fact that the beautiful Haida totems were being threatened by loggers (a threat that has now been averted).  My next book was directly inspired by events in Coventry through the spring and summer of 1981.

What advice would you give to aspiring authors?

Probably the best advice I can give is to find a set of beta readers whom you can trust to be completely honest and to hold you to the highest possible standards.  They need to be widely read in your genre and to understand (really understand) what makes a book good.  And their judgement mustn't be clouded by their love of you!  Beta readers like that are hard to find – but when you do, treasure them, for their price is above gold.

And finally for fun:

Oh, that is so hard!  There was so many.  My mum used to joke that she’d try and catch me between books and if she blinked, I’d be on the next one!  But I think I’ll pick The Borrowers.  I have always adored the world Mary Norton created.  As a new mother, I treated myself to an omnibus edition, which I read when I was too much in baby-mode for anything very demanding.  It incorporated a letter Norton wrote to a young fan, in which she described how, as the short-sighted little sister of long-sighted brothers, she could never see the things they tried to show her, like the kestrel gliding overhead. So instead, she focused on tiny things, like the wild strawberries growing in the hedgerows.  As the short-sighted daughter of a long-sighted mother, I instantly empathised. So perhaps that was the secret of what made me fall in love with Arriety and her family.