My Guest on the Blog - Gillian E. Hamer 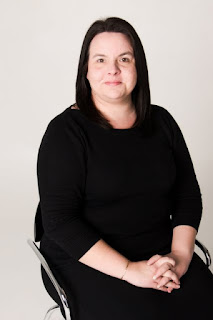 to talk about her latest book

Gillian ~ welcome back to Jaffareadstoo


What is it about Complicit that will pique the reader’s interest?

I hope it will be the historical thread that will attract new readers to Complicit - and for existing readers who enjoy my books, I hope that getting back into the lives of Gareth and Chris will encourage them to read about their latest exploits.

I have a fascination with all things Roman - just last weekend I went to see the Pompeii & Herculean Exhibition at the British Museum in London. And the fact that the Romans faced such a battle to conquer Anglesey, or Mona Insulis as it was known at the time, is testament to both the toughness of the Celt tribes and the importance of the island to the Druidic religion. I wanted to find a way to address that period of history and combine it with a modern day treasure hunt that ends in murder. Another of my loves is archaeology, but I find it so frustrating that in many cases, we can never know the story behind the finds or reasons why a hoard was hidden in a particular spot. By combining a historical thread that carried echoes right up into the modern day setting, I hoped to address that too.

Complicit is the third book in the crime series set in North Wales - how do you sustain the series and does it get easier or harder the more involved you get with the characters?

For me it gets easier. It's like getting to know a real person. As I get more under their skin, I can sense what their reactions, thoughts, reasonings would be - in much the same way as you can attune to someone you're close to in real life. In the beginning, things are a little awkward, much like a real relationship would be. But as the characters develop, I think writers become almost instinctive, and this helps with voice and language. It's something of a cliché but it does almost feel like slipping on a pair of comfy slippers when I get back inside the life of my characters.

Your stories have a mystical/paranormal edge - was this deliberate - and have your novels evolved in the way you expected?

Yes, it was deliberate. I wanted to combine my passions. Crime, paranormal, historical and archaeology. In a way it's writing what you know, but also writing what you love. If you don't have a passion for what you're writing about, I can't see it being good enough for anyone else to want to read. I've had a constant battle against agents and publishers who refuse to consider 'genre-crossing' and I am lucky to have an agent who represents me for a separate straight crime detective series I'm also writing. But not wanting to pigeon-hole readers has been something that came out of my need to write books I wanted to read. And it led me to the inception of Triskele Books and the indie publishing route.


Can you tell us what you are writing next?

Yes, I'm researching and plotting at the moment for the next Triskele book which will probably be released Spring next year. It will also involve hints of ghosts and historical shipwrecks - but this time set around the WWI period.

Gillian ~ Thank you so much for telling us about Complicit - we hope you'll come back and discuss your next book with us.

Triskele Books is a writers' collective and was formed in 2011
by
Gillian Hamer, JJ Marsh and Liza Perrat

All are highly-acclaimed writers who share a passion for good stories.

My Review of Complicit

Echoes of the past resonate throughout this cleverly constructed murder mystery which flips effortlessly between the story of the Roman invasion of Mona Insulis and the effects on the Druids of Anglesey two thousand years ago, and the seemingly inexplicable and torturous deaths of a group of individuals who may or may not be part of a secret organisation in present day North Wales.

Like Gillian Hamer's previous two novels, the stalwart investigative skills of detectives Gareth Parry and Chris Coleman are again stretched to the limit as they seek to uncover this serial killer’s modus operandi, but it is in their bemused relationship with new girl DI Megan Jones, whose enthusiasm for crime solving can sometimes seem to be a hindrance, where the contemporary police procedural story really comes alive.

As with the author’s previous two crime novels, the plot never falters and moves along at a cracking pace, the writing is as always crisp and clear and the intertwining of both past and present and the gradual connection between the two is done with real skill. The wild and beautiful history of Anglesey comes gloriously alive in the hands of this talented writer, I’m now completely hooked on this series and only hope that Gillian Hamer can write really quickly, as I can’t wait to see what she comes up with next.