March, 1945. The ravaged face of London will soon be painted with victory, but for Sylvie, the private battle for peace is just beginning. When one of her twins is stillborn, she is faced with a consuming grief for the child she never had a chance to hold. A Small Dark Quiet follows a mother as she struggles to find the courage to rebuild her life and care for an orphan whom she and her husband, Gerald, adopt two years later.

Born in a concentration camp, the orphan’s early years appear punctuated with frail speculations, opening up a haunting space that draws Sylvie to bring him into parallel with the child she lost. When she gives the orphan the stillborn child’s name, this unwittingly entangles him in a grief he will never be able to console. His own name has been erased, his origins blurred. Arthur’s preverbal trauma begins to merge with the loss he carries for Sylvie, released in nightmares and fragments of emerging memories to make his life that of a boy he never knew. He learns all about ‘that other little Arthur’, yearning both to become him and to free himself from his ghost. He can neither fit the shape of the life that has been lost nor grow into the one his adopted father has carved out for him.

As the novel unfolds over the next twenty years, Arthur becomes curious about his Jewish heritage, but fears what this might entail – drawn towards it, it seems he might find a sense of communion and acceptance, but the chorus of persecutory voices he has internalised becomes too overwhelming to bear. He is threatened as a child with being sent back where he belongs but no one can tell him where this is. He wanders as an adult looking for purpose but is unable to find his place. Feeling an imposter both at home and in the city, Arthur’s yearning for that sense of belonging echoes in our own time.

Meeting Lydia seems to offer Arthur the opportunity to recast himself, yet all too soon he is trapped in a repetition of what he was trying to escape. A past he can neither recall nor forget lives on within him even as he strives to forge a life for himself. Survival, though, insists Arthur keeps searching and as he opens himself to the world around him, there are flashes of just how resilient the human heart can be.

Through Sylvie’s unprocessed grief and Arthur’s acute sense of displacement, A Small Dark Quiet explores how the compulsion to fill the empty space death leaves behind ultimately makes the devastating void more acute. Yet however frail, the instinct for empathy and hope persists in this powerful story of loss, migration and the search for belonging.

This is such a sad story which is made all the more poignant by the author's quite distinct writing style and the way that the story is allowed to evolve quite slowly. I thought the opening chapter was particularly well done as it introduces us to Sylvie, and explains the dreadful loss she suffered when, after a home birth, only one of her twins survived. Her grief and sense of sorrow is palpable and this sets the scene for the rest of the story as Sylvie never really comes to terms with her profound sense of bereavement.

Even though she and her husband, Gerald, have a healthy son, they also adopt a displaced child, from one of the concentration camps, and there is a continual sense that Arthur, named for the dead child, is always trying to replace the twin that was lost. This, in a way, reiterates Arthur's sense of bewilderment, and not just because of his fragmented, and terrifying start in life, but also in the way that Arthur becomes the focus for all of Sylvie's grief.

The author writes well and even though it takes a while to feel comfortable with the way the story is written, as it moves around in quite different time frames, it is worth keeping with it as it all starts to fall into place. A Small Dark Quiet is a very reflective piece of writing, not just because of what it exposes about the destructive nature of loss and grief, but also about the importance of recognising one’s heritage, and of the need to find a way through the turmoil of lives which have been forever changed by distressing circumstances.

I found much to consider in A Small Dark Quiet, as to the author’s credit she hasn’t wrapped everything up in a neat package, there’s no happy ending or tidy resolution to the fractured lives within the story, which, I think, is entirely appropriate and in keeping with the story as a whole. 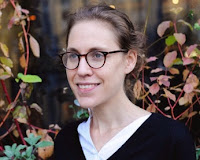 Concert pianist in a parallel universe, novelist in this, Miranda Gold is a woman whose curiosity about the instinct in us all to find and tell stories qualifies her to do nothing but build worlds out of words.

Miranda’s first love was theatre and advises anyone after a dose of laughter in dark (along with a ferocious lesson in subtext) to look no further than the cheese sandwich in Pinter’s The Homecoming. No less inspiring were the boisterous five year olds she taught drama to and the youth groups she supported to workshop and stage their scripts. Both poetry and its twin, music, have been fundamental in her process as a writer and her hope is that the novel can tap into some of their magic to unleash the immediacy and visceral power of language – qualities that keep the reader on the page as well as turning it. Gatsby, To the Lighthouse and The Ballad of the Sad Café are books she will always come back to, always finding another door left ajar. Having the opportunity to mentor prisoners at Pentonville reaffirmed for her the connections that can be made when we find a narrative and a shape that can hold experience. There have been fleeting fantasies of becoming a Flamenco dancer, but sadly she has the coordination of an inebriated jelly fish.

Her first novel, Starlings, published by Karnac (2016) reaches back through three generations to explore how the impact of untold stories ricochets down the years. In her review for The Tablet, Sue Gaisford described Starlings as “a strange, sad, original and rather brilliant first novel, illumined with flashes of glorious writing and profound insight, particularly into the ways in which we attempt to reinvent ourselves.” Before turning her focus to fiction, Miranda attended the Soho Course for young writers where her play, Lucky Deck, was selected for development and performance. 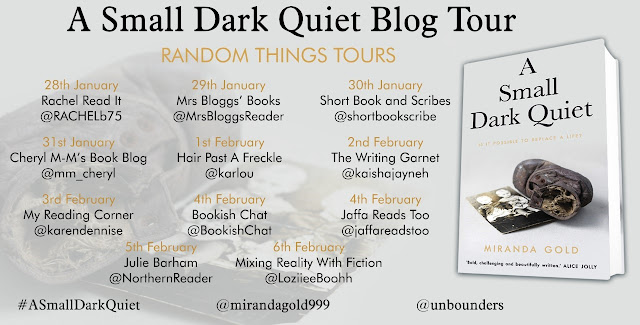