One Thursday morning a body is found on the beach of St Andrews. Suddenly archaeology student Mike MacEwan's world of tea, pints, late mornings and the occasional essay comes to an abrupt halt. Consumed with guilt, grief, confusion and thoughts of what might have been, Mike haunts the local ruins, rebuilding them in his mind, trying to find the shape of what is no longer there, as he obsesses over the loss of someone he barely knew, unsure of his place in her life, or her death. It's only the discovery of an ancient plague burial site near campus that drags Mike back into contact with those around him. But life has changed, both for himself and others, and the burial ground holds more than the bones of those long dead. Unsure what he will find, Mike peels back the layers of earth and its dark history, trying desperately to connect the victims of the past to the tumult of his present.


Mike MacEwan is a mature student studying archaeology at St Andrews University in Scotland. He and a group of friends seem to spend most of their evenings in the pub getting drunk and then something happens which turns Mike's world upside down. He sinks into depression, only finding some sort of resolution when he becomes involved in an archaeological dig which is uncovering long buried secrets from the past.

Material Remains is a slow book in many ways and there doesn't seem to be much going on at times but then, I think this is quite deliberate as it gives you the opportunity to understand more about Mike's character and to discover what he is thinking. I must admit that, given the book blurb, I did sort of expect this to be more of a murder mystery, but that wasn't the case at all. There are several layers to the story, one is of the bewilderment when life suddenly takes a different turn, with no clear answer of what to do next. The other is one of involvement, learning to deal with events in a practical sort of way and finding the way forward.

The author writes the story well, and the university town of St Andrew's with its snaking wynds and alleyways are nicely described and together add atmosphere to this interesting story. 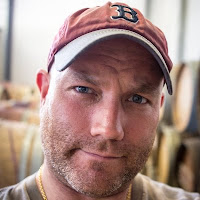 Richard W. H. Bray is a writer and winemaker. His first book, Salt and Old Vines, won Best French Wine Book at the 2015 Gourmand Awards. He lives in London.