When Janette answers the door to a potential customer looking to board his dog, she never imagines he has nefarious plans.
But minutes later he’s dead and in her cellar.
Weeks later she realises she’s pregnant.
And so she becomes Mother and the baby Child, and a hidden life begins.
But all secrets come out eventually...
📖 My Review..
At the start of the story we meet Janette Gregson. She’s bit of a loner, wary of people, but comfortable with animals especially the dogs she looks after in her dog caring business. When a stranger arrives at her door enquiring about possible boarding for his dog, Janette doesn’t suspect anything until the man viciously attacks her with devastating consequences for both of them.
This compelling psychological thriller had me hooked from the opening chapter and whilst it’s impossible to say what happens without giving much of the plot away, I thought the story was well done and entirely plausible, capturing the horror of the truly terrifying situation in which Janette finds herself. The story is quite chilling in places especially in the early part of the novel and even though I felt sympathy for Janette I didn’t like her at all, and was quite glad to move into the second, equally complex, part of the story as we get to know another character who is known, initially, as Child.
The Family at No 12 is a rather disturbing story, and with several twists I didn’t see coming, the plot kept me fully engaged from start to finish.
Best read with...a slice of toast and a glass of orange juice
About the Author 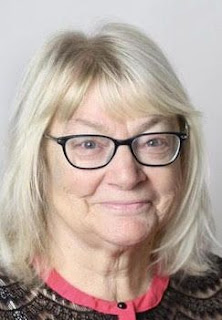 Anita Waller is the author of many bestselling psychological thrillers and the Kat and Mouse crime series. She lives in Sheffield, which continues to be the setting of many of her thrillers, and was first published by Bloodhound at the age of sixty-nine. Her first book for Boldwood will be published in August 2022.
Twitter @anitamayw #TheFamilyatNo12
Facebook Instagram BookBub
Newsletter sign up
@BoldwoodBooks #BoldwoodBloggers @BookandTonic
@rararesources