Principal Officer Dan Foster of the Bow Street Runners is sent to collect smuggler Watcyn Jones from Beaumaris Gaol on Anglesey, and bring him back to London for trial at the Old Bailey. As if having to travel to the wilds of North Wales isn’t bad enough, Dan is saddled with an inexperienced constable as his interpreter and assistant. At least it’s a routine assignment and shouldn’t take more than a few days.
But when the prison escort is ambushed and Watcyn Jones escapes, a straightforward transfer turns into a desperate manhunt. And as Jones’s enemies start to die, the chase becomes more urgent than ever. Dan’s search for the killer brings him up against a ruthless smuggling gang – and his chances of getting off the island alive begin to look far from promising.
📖 My Review...
Having read the previous three books in the Dan Foster series of historical crime novels, it is with a real sense of enjoyment that I join Bow Street Officer Foster and his companion Constable Evans as they journey into North Wales to escort a dangerous prisoner from Beaumaris gaol on the Isle of Angelsey to his trial at the Old Bailey in London. This task is not without its challenges especially when they are ambushed on their return journey and the prisoner escapes.
What then follows is a very well plotted historical adventure which was every bit as exciting as I hoped it would be as I really enjoy observing Dan Foster in action. He is a stalwart protagonist, calm, methodical and usually unruffled but this particular case sees him tested to the limit of his endurance. Throughout the story there is an authentic sense of time and place and the late eighteenth century is described well. I particularly enjoyed the setting of the book on the isle of Anglesey as it is a place I know very well so, for me, this added an extra level of enjoyment.
The author has certainly found her niche with this sort of historical adventure as each story seems to just get stronger and stronger and The Contraband Killings is no exception. Running alongside a strong sense of history comes the added excitement of intrigue and mystery and with several twists and turns I didn’t see coming I can safely say that, for me, this is Dan Foster’s most exciting challenge yet.
🍴Best read with...Alamode beef and a glass of rich red wine
About the Author 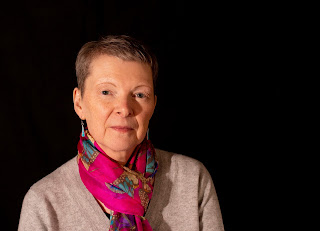 Lucienne Boyce writes historical fiction, non-fiction and biography. After gaining an MA in English Literature, specialising in eighteenth-century fiction, she published her first historical novel, To The Fair Land (2012, reissued 2021), an eighteenth-century thriller set in Bristol and the South Seas.
Her second historical novel, Bloodie Bones: A Dan Foster Mystery (2015, reissued 2022) is the first of the Dan Foster Mysteries and follows the fortunes of a Bow Street Runner who is also an amateur pugilist. Bloodie Bones was joint winner of the Historical Novel Society Indie Award 2016, and was also a semi-finalist for the M M Bennetts Award for Historical Fiction 2016. The second Dan Foster Mystery, The Butcher’s Block (2017, reissued 2022), was awarded an IndieBrag Medallion in 2018. The third in the series, Death Makes No Distinction (2019, reissued 2022), is also an IndieBrag Medallion honoree, recipient of Chill With a Book Premium Readers’ Award, and a joint Discovering Diamonds book of the month. In 2017 an e-book Dan Foster novella, The Fatal Coin, was published by S-Books. The Fatal Coin is now available in paperback.
The Bristol Suffragettes, a history of the suffragette campaign in Bristol and the South West of England, was published in 2013. In 2017 Lucienne published a collection of short essays, The Road to Representation: Essays on the Women’s Suffrage Campaign.
Other Publications
‘Not So Militant Browne’ in Suffrage Stories: Tales from Knebworth, Stevenage, Hitchin and Letchworth (Stevenage Museum, 2019)
‘Victoria Lidiard’ in The Women Who Built Bristol, Jane Duffus (Tangent Books, 2018)
‘Tramgirls, Tommies and the Vote’ in Bristol and the First World War: The Great Reading Adventure 2014 (Bristol Cultural Development Partnership/Bristol Festival of Ideas, 2014)
Twitter @LucienneWrite #TheContrabandKillings
Website
Blog
Amazon UK 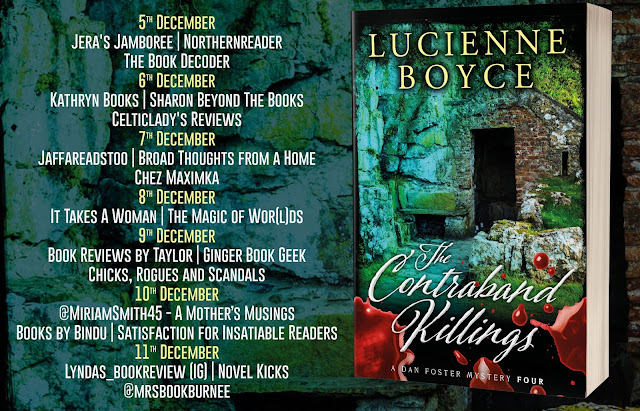