The Author in my spotlight is......Sue Shepherd 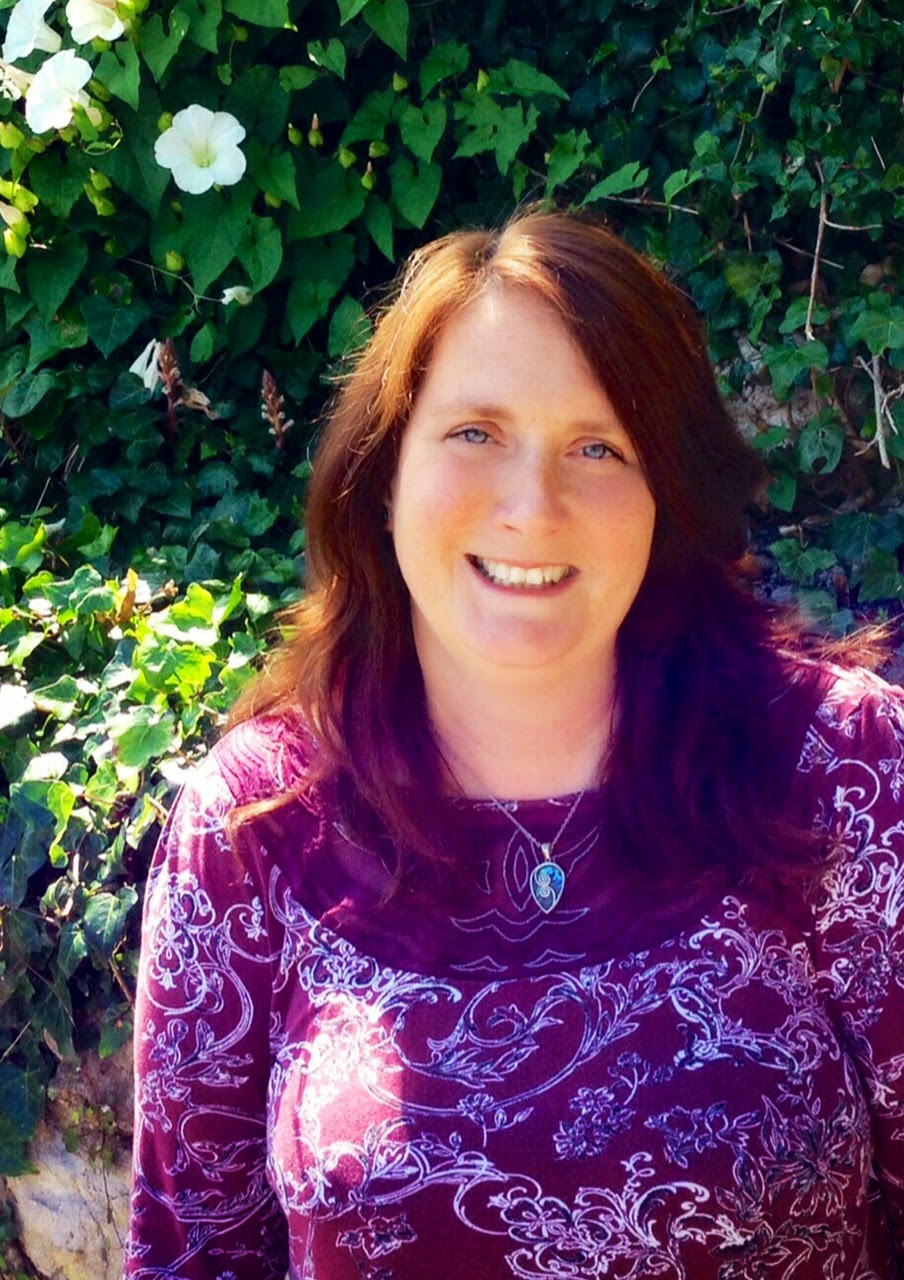 Doesn't Everyone Have a Secret 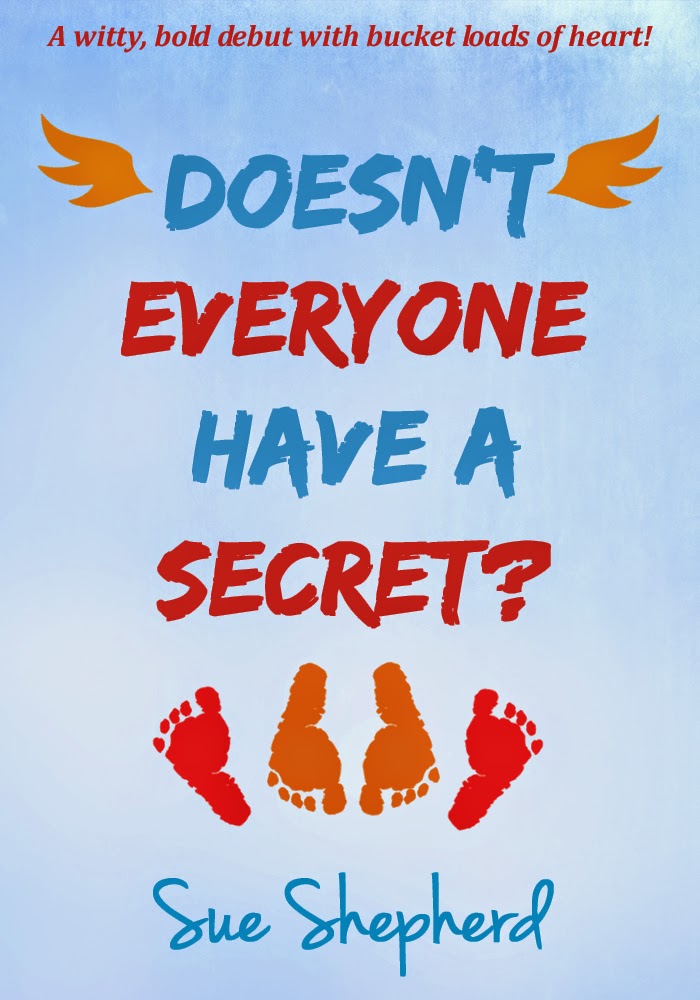 Doesn't Everyone Have a Secret? is a romantic comedy about three very different people, each with a secret, whose lives collide in unexpected ways.

Steph is a harassed mum who's considering an affair with her children's sexy headmaster. Penny is trying to deal with a crush on her boss, OCD and a sad secret from her childhood. And Mike is a vicar who is being blackmailed for his secret, although it's not all that it seems!

Meanwhile, all three are being watched over by their own guardian angels, who try to push them in the right direction and help move their lives along - but not always successfully ...

Doesn't Everyone Have a Secret? is genuinely laugh out loud funny, but also deals in a sensitive way with serious problems that any of us could face in life. Sue Shepherd's debut novel is bold, it doesn't pull any punches, and it has bucket loads of heart

elcome to Jaffareadstoo, Sue and thanks for talking to us about your debut novel ~

Doesn't Everyone Have a Secret.

Where did the idea for Doesn't Everyone Have a Secret? come from?

The idea came to me a few years ago when I took part in a creative writing course with the author, Sophie King. One night I was running late and I drove too fast through dark, country lanes. The first thing we always did on the course was to write for ten minutes about whatever came into our heads; so, that night, I wrote a short, jokey piece about an angel who wasn’t happy that she’d been given the job of watching over me as I sped along the road. From this tiny piece of ‘flash fiction’ the basis for my novel grew. Over time the angels seemed to naturally take a step back, as the main characters’ secrets took over, but they’re still an integral part of the novel.


What makes you want to write stories?

I just love writing. To me it’s like reading your favourite book, except you get to choose what happens next. When an idea comes to me for a good twist or a shocking surprise I’m often so excited I struggle to keep it to myself :-) I’m happy when I’m writing and I simply can’t imagine not doing it.


Do you write for yourself or other people?

This is an interesting question and one which I had to really think about. On the one hand I’d say I write for myself; the story plays out in my head as if it were a movie and I’m not truly content until I’ve written it all down. In fact, whilst writing Doesn’t Everyone Have A Secret? there were many occasions when, due to the demands of family life, I had to stop writing, sometimes for weeks or even months. During those times I always felt incomplete because I knew I owed it to my characters to finish writing their stories. Much like when you take a bite from a biscuit, or a sip from a mug of tea and then put it down, forgetting to finish it, and there’s a nagging voice telling you that something, somewhere is waiting for you, but you can’t remember exactly what! But, to get back to the question, who do I write for? I also think that to a certain extent I write for other people too. I have a few friends who kindly read my first couple of drafts and gave me their opinions and I really can’t say how delighted I was when they came back with positive reviews and told me they couldn’t put my work down. Knowing that people enjoy your writing, that they invest in your characters and that they truly care how the story is going to end is an amazing feeling. It makes it all the more worthwhile and, although I’m nervous about the fact that strangers are going to be reading my work, I must confess to also being excited about the possibilities.


What scares you about writing?

I don’t think anything actually scares me about writing, except perhaps the thought of not being able to do it any more. Of course, I do have a frisson of nerves when I imagine the general public reading my novel, however, the excitement surrounding this event far outweighs any concerns.

I really like slightly quirky women’s fiction; time travel, parallel worlds, paradoxes – anything where you have to regularly check back in the book and ask, ‘How the heck did that happen?’ My favourite book is probably The Time Traveler’s Wife by Audrey Niffenegger. I also recently read Life After Life by Kate Atkinson and I was fully engrossed in a world of opportunities whilst reading it.

I’m currently 30,000 words into my second novel. Referring back to the previous question, funnily enough, this book is about parallel worlds. The story explores how a fairly insignificant decision made by one person can change another person’s life immeasurably. I’m really enjoying writing it and the few people who’ve read my ‘work in progress’ have given it the thumbs up so far. I’m amazed to watch it unfold before me, and, due to the fact that my children have grown somewhat, this novel is developing a great deal quicker than my first, so I’m hopeful it will be completed this year.

Doesn't Everyone Have a Secret? is available from 20th March as an ebook

Have you ever wondered about the still small voice of calm that you sometimes hear deep within your subconscious that tells you to stop and consider your actions? Well, in Doesn’t Everyone Have a Secret, Sue Shepherd explores the concept of a team of guardian angels who watch over us and who guide, cajole and beguile us into thinking we are acting for ourselves, when really they are are guiding our every move and their gentle and sometimes, not so gentle hints, quite often, steer us in a direction we had never planned to go.

Steph Stubbs, Mike Bannerman and Penny Littleton are being watched over by a team of rather special guardian angels but of course they are unaware of this which makes for an interesting and sensitively managed story which looks the vagaries of modern life and of the secrets which we keep hidden, not just from our nearest and dearest, but also sometimes from ourselves.

I really enjoyed the story and found the writing to be accomplished and warm with just the right amount of humour mixed with compassion and sensitivity. The characters are nicely drawn so that they seem believable, rather like people you would like if you met them in the street, and as you read about them you start to care about what happens and hope that everything turns out right for them. I enjoyed their individual stories, their problems could be something we have all faced at one time or another, and it was good to see how everything played out for them.

I think that this is a commendable debut novel and I am sure that the author will continue to go from strength to strength.