The Man in the Canary Waistcoat by Susan Grossey

In this new mystery, Constable Sam Plank suspects there may be a link between a suicide, an embezzler, an arsonist and a thief. No corner of Regency London is untouched by these crimes, as he travels from the mansions of St James’s back to his own childhood haunts among the dank alleyways of Wapping. As his steadfast wife becomes involved in his investigations, and with a keen young police officer now under his command, Sam finds himself leading them all into a confrontation with some ruthless and brutal adversaries – one of whom he had hoped never to see again.
My Review
Being in the company of Constable Samuel Plank is like walking the mean and moody streets of Regency London with a much loved and trusted friend. And in The Man with the Canary Waistcoat Sam uses all the skills at his disposal to determine why a suicide victim, an embezzler, an arsonist and a thief such wreak such havoc on his small community. Charged with the added responsibility of acting as mentor to the impressionable rookie constable, William Wilson, Sam is ever conscious of the need to pass on his methodical approach to policing to a new generation of police officer. As always, the interaction between Samuel and his good natured wife Martha ensures that the book continues its heart warming feel whilst never compromising on delivering a good story which abounds with treachery, deceit and engrossing police investigation.

From the beginning of The Man in the Canary Waistcoat I was immersed in good story telling. There is no doubt that the author has a clever way with words and shows a real empathy for her characters and truly makes them come alive on the page. The continuation of Sam Plank’s police journey and the evocative nature of the writing certainly makes the streets of Regency London into a vibrant and exciting place to visit.

I look forward to seeing where Sam, Martha and William will go next.


The Man in the Canary Waistcoat is available here 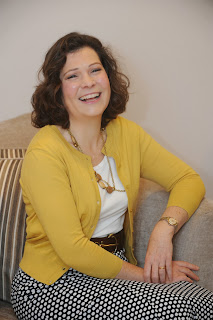 Susan Grossey is a self employed anti money laundering consultant.
She writes about Samuel Plank in her spare time.

You can read an interview with Susan here