Review ~ Daughter of the Winds by Jo Bunt 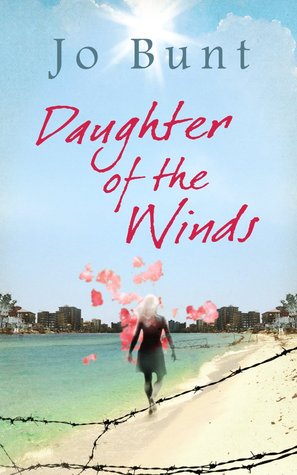 When the Turkish invade Cyprus in 1974 Pru, a young British Army wife, has her life turned upside down. Two weeks later she flees the country with a baby who isn't hers.

Over thirty years later that baby, now a grown woman called Leni, returns to the island of her birth to find out about the chain of events that led her to be brought up as Pru's child. She discovers the true cost of war, how the hurt still continues through the generations and what being a family really means. 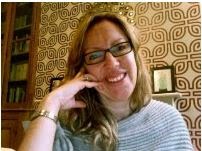 Jo Bunt was born in Cyprus to British parents. It made sense to her that her first novel should be based there.

Following the family's return to England Jo went to school in Nottingham, university in Hull and then worked in London as a Recruitment Consultant for PwC for many years. Following a family illness Jo moved to Derbyshire where she now lives with her husband and her twin sons. This has enabled her to focus on her two great loves in life; her family and her writing.

She remembers writing her first 'novel' when she was seven but spent her angst-ridden teenage years writing miserable and dark poetry. She mostly writes mainstream fiction but is also working on a series of children's adventure books, largely guided by her own children. When she is not writing or looking after the children Jo is an avid reader and self-confessed food snob. If she can combine the two she is a very happy lady indeed.

My thoughts on Daughter of the Winds


This multi generational story weaves together the present day story of Leni as she returns to Cyprus to discover the truth about her family, in order to lay the ghosts of the past and to find out what happened during the political unrest of 1974 when Leni’s adoptive mother Pru fled the island with a baby that didn't belong to her. Leni’s attempt to piece together the fragments of her past opens up a story of secrets, lies and devastating loss.

I enjoyed the story, there is nice attention to detail and the Cypriot culture both past and present is imaginatively described. The present day island comes alive with stunning descriptions of food and hospitality. The warmth of the Cypriot sunshine infuses the pages with a compassion which is in direct contrast to the description of the Turkish invasion of Cyprus in 1974. Overall, the fine distinction between factual evidence is nicely blended with an interesting fictional story and both time frames blend together quite well.

An enjoyable story written in the easy style of Victoria Hislop, I think the combination of history and sunshine makes this an ideal holiday read.

Daughter of the Winds is now available on Kindle for just 99p as part of a special Valentine's Day promotion
14th - 20th February 2014.


My thanks to pubshelf for my copy of this book.