My view of history is largely influenced by the imagination of those talented authors who bring history to life in the books I love to read. Whenever possible though,  I like to visit areas of historical interest, and luckily the area I live in has an abundance of historic sites.


This is Whalley Abbey in Lancashire, and the walk in my week led me to explore the remains of this beautiful  thirteenth Century Cistercian Abbey, and also to walk along the meandering banks of the River Calder. 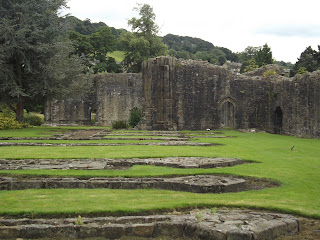 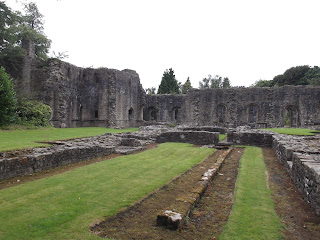 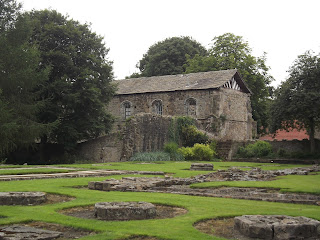 Only the foundations of the church remain. The remains of the former monastic buildings are more extensive. The west range, which was the lay brothers' dormitory, consists of two stories, and is roofed.

The first stone was laid by Henry de Lacy in June 1296 and at least part of the site was consecrated by the Bishop of Whithern in 1306. Building proceeded slowly and the foundation stone was laid in 1330. Stone for building the abbey was obtained from local quarries.

A royal licence to build a crenellated wall round the site was obtained in 1339. The church was completed in 1380 but the remainder of the abbey was not finished until the 1440s. In 1480 the North East Gatehouse, which provided a new entrance to the abbey, was completed. In the 16th century, John Paslew, the last Abbot of Whalley, reconstructed his own lodgings and added a Lady Chapel. The abbey closed in 1537 as part of the dissolution of the monasteries. Also that year Abbot Paslew was executed for high treason for his part in events connected with the Pilgrimage of Grace the previous year. 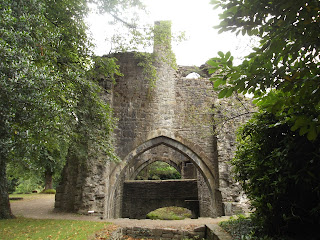 After the dissolution of the Monastery in 1537, the property passed into private hands, and it was adapted to make an Elizabethan Manor House. It remained a private residence until 1923, when the Church of England acquired possession.

The ruins of the abbey have been designated by English Heritage as a Grade I listed building and a Scheduled Ancient Monument.

Email ThisBlogThis!Share to TwitterShare to FacebookShare to Pinterest
Labels: Factual History, Walk in my week