Jaffa and I are delighted to welcome

David Ebsworth is the pen name of writer, Dave McCall, a former negotiator and Regional Secretary for the Transport & General Workers’ Union. He was born in Liverpool but has lived for the past thirty years in Wrexham with his wife, Ann. Since their retirement in 2008, the couple have spent about six months of each year in southern Spain. Dave began to write seriously in the following year, 2009. His debut novel, The Jacobites' Apprentice, was critically acclaimed by the Historical Novel Society who deemed it "worthy of a place on every historical fiction bookshelf."


But he's here today to talk about his new novel


Anyway, over to you, David.


Well first, thanks very much for welcoming me to the blog. It's a great privilege to be here. And especially, as you say, to tell you about my second novel, The Assassin’s Mark. It's set in 1938, towards the end of the Spanish Civil War, and follows the trials and tribulations of left-wing reporter Jack Telford, stuck on a tour bus with a very strange mixture of other travellers as he tries to uncover the hidden truths beneath the conflict. But, in the words of the synopsis, "Jack must contend first with his own gullibility, the tragic death of a fellow-passenger, capture by Republican guerrilleros, a final showdown at Spain's most holy shrine and the possibility that he has been badly betrayed. Betrayed and in serious danger."

Where did the idea come from for the book?

I was researching a novel about the International Brigades in the Spanish Civil War and came across a paper on the Battlefield Tours that Franco launched – mainly for British tourists – before the war was even finished. It was too good a story to ignore.


What genre does your book fall under?

Historical thriller with a generous amount Agatha Christie and a splash of Rick Stein, seasoned with a pinch of the picaresque.


Which actors would you choose to play your characters in a movie rendition?

I always picture actors in my main character roles anyway so, in this case, British actor Christopher Eccleston as Jack Telford and Rachel Weisz as Valerie Carter-Holt.


What is the one-sentence synopsis of your book?

A Christie-esque thriller set on a battlefield tour bus towards the end of the Spanish Civil War.


Is your book self-published or represented by an agency?

I spent a long time looking for agents and "traditional publishers" when I wrote Jacobites. A lot of people that I respect were very supportive about it but the agents I contacted were either too rude to even acknowledge me, or told me it wouldn't fit their lists, or liked it but weren't taking on any more new authors. Also, in meeting many other wordsmiths, I realised that there's a huge mythology about "traditional publishers". It's generally thought that, first, they pay their authors a generous advance; second, that they get your work automatically onto bookstore shelves; and, third, that they do all the marketing for you. It's a load of nonsense for all but a tiny minority. So, being passionate about my writing, and having market-tested a bit, I decided to go "independent", publishing with the help of SilverWood Books (www.silverwoodbooks.co.uk) and using their high quality professional backing (registrations, typesetting, design, proofing, etc.) but using my own editor (the inimitable Jo Field) and jacket cover graphic designer (the indefatigable and innovative Cathy Helms). I’ve found it a fantastic way for a new writer to get published and I love the buzz of doing my own marketing.

How long did it take you to write the first draft of your manuscript?

I started to write in February 2011 and finished the first draft (180,000 words) in October that year – then travelled with it through all its locations in Northern Spain to check the “feel” and complete the first re-write (168,000 words). The final version is 152,000 words.

What other books would you compare this story to within your genre?

Who or What inspired you to write this book?

Long list, I'm afraid. Old colleagues from the trade unions like Jack Jones and Frank Deagan from whom I first learned about the “real” experience of the Spanish Civil War. Spanish family friends who lived through the war and Franco’s repression that followed it. Wonderful historians like Antony Beevor and Paul Preston who've never lost sight of the Spanish Civil War’s significance for all of us. Professor Sandie Holguín who introduced me to the bus tours that feature centrally in the story.


What else about your book might pique the reader's interest?

The Spanish Civil War is badly neglected by English-language fiction writers so, at one level, I wanted the novel to be informative as well as entertaining. I’d like it to be a “must” for all those who already have an affection for Spain and maybe want to learn a bit more about the country’s history and culture – while still being able to sit on a beach with a good pot-boiler and need to keep “turning the pages.”

For more about David's previous novel, The Jacobites’ Apprentice, and other relevant information, you can visit his main website... www.davidebsworth.com 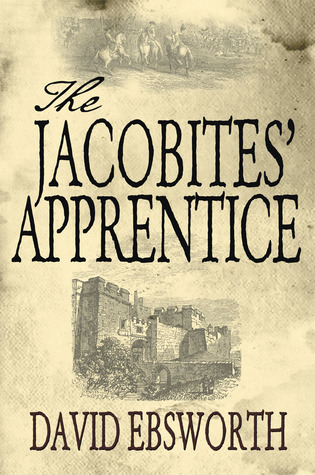 Jaffareadstoo Review of The Assassin's Mark by David Ebsworth


When Jack Telford, a maverick news reporter, decides to take a tour of the Spanish battlefields in September of 1938, the Spanish Civil War has been raging for two years. His fellow travellers on the war route are a disparate group of individuals, who each have their own reasons for making this perilous journey, and yet Jack with his passion for peacekeeping, finds himself drawn into a maelstrom of political conflict.

General Franco’s mission to open up the Spanish battlefields, whilst war was still raging, is based on fact, and whilst keeping the historical integrity intact, what then follows is a Christie-esque thriller which abounds with deception, dishonesty and political skulduggery. At the core of The Assassin’s Mark is a murder mystery, with more than enough twists and turns in the plot to keep you turning the pages, and yet, it is in the fine attention to historical detail and in the clever characterisation where the story really comes alive. Such is the imagery and descriptive talent, I felt like I was transported back in time to the Spain of the 1930’s, to a country which was divided by war and political dishonesty.

This exciting story is flawlessly presented; most certainly there are noticeable shades of Agatha Christie, and even, I think,  generous helpings of Graeme Green, but there is also the undeniable talent of an author who not only loves his craft, but whose own distinct writing skill is evident in every word.

I have no hesitation in recommending this book to my blog readers who enjoy well written and decisive historical fiction.

Thank you very much David for taking the time to visit our blog and for such an insightful look into the writing of your novel, The Assassin's Mark.

Jaffa and I wish you continued success with your writing career.