Best of the Books in My Year... 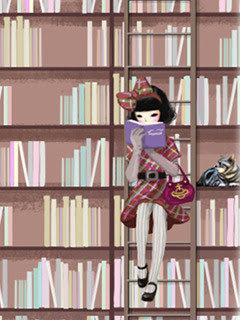 Stephen King has written an incredible story, his attention to detail is superb, and his ability to invoke the America of the late 1950's, early 1960's is so utterly believable, you feel that you are walking the same streets, sitting in the same bars, and dancing the Lindy Hop at the school dance...and yet, as with all King's novels there is that underlying knowledge that all on the surface, is not as it seems...

If you've never read a Stephen King book before, - don't be fooled into thinking he only does horror, he also does Time Travel.... very well indeed.

The Book of Summers by Emylia Hall

This beautifully written coming of age novel captures the real meaning of adolescence. The faultless exploration of the indecision of young love expertly combines the demands of living a double life, with fragments of secrets, and a hint of regret.

However, the real skill of the author comes in the strength of her imagination; there is
a poignant lyricism, together with a flawless narrative which captures perfectly a little girl trying to bridge the gap between two very different worlds.

The Apothecary's Daughter by Charlotte Betts

I know you shouldn't judge a book by its cover but this one is glorious - you really feel like you have your nose pressed to the window, and are peering at the array of lotions and potions on offer inside. This rich tapestry is so wonderfully evocative of plague ridden London, you feel as if you walk the same streets and smell the same malodorous smells. I stayed up long and late to finish as I simply couldn't put it down.

The Good Father by Noah Hawley

Noah Hawley has created a very believable set of characters and events, and whilst he undoubtedly has the necessary skill as a story teller, it is his ability to dissect the minutiae of psychological profiles that keeps the reader engrossed from beginning to end. The dialogue is crisp and precise, yet never seeks to sensationalise the growing sense of disbelief, nor does it compromise on the ability to deliver a cracking good read.

This is the second psychological thriller in the DC Lacey Flint/DI Mark Joesbury series and is every bit as good, if not better, than the first book. There is the same fine attention to detail that S J Bolton does so well. The narrative is finely drawn, which combined with the author’s ability to build the tension, leads the reader to experience a myriad of emotions. There is high drama, there is terror on a grand scale, and there are enough twists and turns in the plot, to keep the reader guessing until the very last page. The ending when it comes, leaves the reader wanting more.....and more ...and more...

Beneath the Shadows by Sara Foster

This stunning psychological thriller grips from the very first page. Sara Foster has created a very believable story; she allows a skilful blend of words and reader imagination to help build the tension, and sustains a roller coaster of emotions from start to finish.
This was a really easy book to get into, I found myself reading it almost in one sitting, and even several days after finishing the story, I still want to remember the details.


Shadow of Night by Deborah Harkness

With this long awaited second volume in the All Soul’s Trilogy, Deborah Harkness has used her undoubted skill as a historian to successfully recreate the world of Elizabethan England. She has combined the fascinating and troubled history of the sixteenth century, with a believable and often mesmerising view of the parallel world of vampires, daemons, and witches. Interspersing the story with real historical figures is inspired, and gives a real insight into the period, and makes the story all the more believable.

The Virgin Cure by Ami McKay

Without doubt, The Virgin Cure, with its charlatans and curiosities, captures the very essence of the seamier side of 1870's New York. There is something strangely repellent about the debauched world of the nineteenth century prostitute, and yet Moth’s delicate simplicity, steals right into your heart, and flutters with spirited wonder through the worst of her experiences. Overall, The Virgin Cure is an emotional and thought provoking read, and one that will remain with me for a very long time.

The Girl You Left Behind by JoJo Moyes

What I enjoyed most about this novel was the ease of transition between the dual time frames. The story starts in 1916, with the first third of the book involved with Sophie’s story. The description of her life in occupied France is vivid, and made all the more evocative by the sense of unrelenting hardship, and restriction of choices. I felt a sense of loss when Sophie’s part in the story ended, only to be drawn quickly into life in modern London, and newly widowed Liv’s despair at her dreadful financial status. With great skill, the author infuses such warmth into her characters that Liv very quickly becomes as much loved as Sophie, and as the lives of these two very different women intertwine, we are drawn into a story of devastating sorrow.

The Charter by Gillian E Hamer

With the author’s fine attention to detail, the stark coastal beauty of Anglesey comes gloriously alive. The legacy of the shipwreck lives on, and as the story unfolds, you can easily imagine that you are standing on the edge of the cliff path looking out over Dulas Bay, with the tang of salt and seaweed in the air, and the beleaguered ship, The Royal Charter, being tossed like a puppet in the churning waters of the Irish Sea.
It’s not often that a book comes along which covers all your favourite genres in one fell swoop, but, for me, The Charter is definitely one such book. Gillian Hamer writes with the passion of one who knows Anglesey well, and with great skill and imagination has turned this passion into a cracking good story.

With most dual time narratives there is a tendency to favour one time period over another, but in Time’s Echo both time frames are equally valid with neither one trying to outshine the other. The natural blending of the story lines with parallels in both the past and the future is seamless, and as both Grace and Hawise spiral out of control, the story takes on a momentum all of its own. From the beginning the story explores the historical significance of everyday life in Elizabethan York, and as Hawise and the ordinary people go about their everyday business, a story of thwarted lust, greed and ignorant superstition begins to evolve. In modern day York, Grace battles her own demons whilst at the same time experiences the insecurities and challenges of living day to day in two very different time periods.

In The Island House Posie Graeme Evans has conjured the ancient world in such a way that long after the book is finished the story lingers in the shadows of your mind, and as the sea breeze blows in your hair and the sound of sea birds float on the wind, the island house still resonates with echoes of the past.
One of the best dual time novels I have read in along time.

The Glass Guardian by Linda Gillard 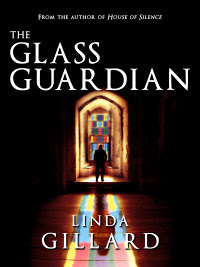 They say that you should save the best until last, and I knew when I clicked open The Glass Guardian on my Kindle I wouldn't want to put it down, and so my Christmas ‘end of year’ treat to myself was to read the story uninterrupted once the family festivities were finished. To be immersed in a Linda Gillard novel is to lose all sense of your own time and place, as almost without realising it, you become as one with the characters she creates. With incredible skill she brings the story to life in such a realistic way that I really felt like I was sitting with Ruth in the kitchen at Tigh-na-Linne, and I actually felt a shiver of cold along my spine as the temperature in the house dropped and the emotional secrets of the Glass Guardian window were revealed.

Thank you to everyone who takes the time to read and comment on my reviews.
Jaffa and I appreciate your interest and wish you all happy reading in 2013.

Email ThisBlogThis!Share to TwitterShare to FacebookShare to Pinterest
Labels: End of Year