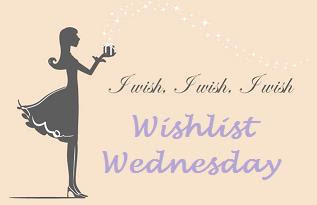 The idea is to post about one book each week that has been on your wishlist for some time, or maybe just added.

So what do you need to do to join in?

Follow Pen to Paper as host of the meme.

Pick a book from your wishlist that you are dying to get to put on your shelves.

Do a post telling your readers about the book and why it's on your wishlist.

Add your blog to the linky at the bottom of her post.

Put a link back to pen to paper (http://vogue-pentopaper.blogspot.com) somewhere in your post.

My Wishlist Wednesday book is the soon to be published book from one of my favourite authors.

From the bestselling author of Time's Legacy and Lady of Hay comes a thrilling new novel, River of Destiny, whose epic story spans Anglo Saxon Britain, Victorian Suffolk and the present day. On the banks of the River Deben in Suffolk lies a set of barns dating back to the Anglo Saxons, within their walls secrets have laid buried for centuries. Zoe and Ken have just moved into one of the barns, ready to start a new life away from the hustle and bustle of the city. To the outside world they seem like an ordinary couple, but underneath they are growing more distant by the day. And when Zoe becomes close to local recluse, Leo, she finds her attraction to him undeniable. Whilst farmers are ploughing the land surrounding the barns, sets of human bones are found and when the police arrive it becomes clear that the bones are much older than first suspected! From an ancient burial ground to a Victorian murder, Erskine will have you gripped as the mystery unfolds across the ages.

There are novelists whose books I eagerly await.  Barbara Erskine is one of the few authors whose work I buy in hard cover, simply because I know I will read them more than once, and they look very attractive on the bookshelf. The covers are always eerily atmospheric and draw the reader into the story before you have turned the first page.

Barbara Erskine has been one of my favourite authors for the last 26 years. Her first novel Lady of Hay has sold over 2 million copies worldwide. In 2011 Lady of  Hay celebrated 25 years of being continuously in print.

Publication date 5 July 2012 is very much marked onto my book calendar -  I know this book won't remain on my wishlist for very long !