How does my garden grow...on this first day of summer. 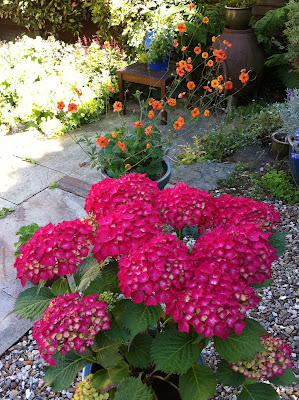 I always thought 21June was midsummers day but Google tells me it's the first day of summer....
I was just thinking about the nursery rhyme -
"Mary,Mary quite contrary
How does your garden grow?
With silver bells and cockle shells
And pretty maids all in a row "
This was one of my favourite nursery rhymes when I was a child, but did you know that it's origin is steeped in the history of "Bloody Mary". Mary Tudor , daughter of Henry VIII, was determined to make England a Catholic country again.
The garden refers to the ever increasing graveyards, as she persecuted those who continued to maintain their Protestant faith.
Silver bells and cockle shells were instruments of torture, often used on the Catholic prisoners.
Pretty Maids allude to the means of dispatch.....
Maybe it's not such a pretty rhyme.
Posted by Jaffareadstoo..... at 08:25