Berlin, 1989. As the wall between East and West falls, Miriam Winter cares for her dying father, Henryk. When he cries out for someone named Frieda – and Miriam discovers a hidden Auschwitz tattoo – Henryk’s secret history begins to unravel. Searching for more clues about her father’s past, Miriam finds a stained and faded uniform from the Ravensbrück women’s camp concealed in her parents’ attic. Hidden in its seams are dozens of letters; letters to Henryk from a woman called Frieda. With the help of a mysterious stranger encountered in the local library, the letters secrets are revealed. They expose horrific truths; truths about life in the camp and the fate of young women experimented on by the Nazis: the ‘Rabbit Girls’. Amidst the stories of sacrifice and endurance – and against the backdrop of her own crumbling marriage – Miriam pieces together a love story that has been hidden away in Henryk’s heart for almost fifty years.

Miriam Winters is caring for her dying father, Henryk, in the apartment which was once the family home and a place that she hasn't returned to in several years. The reason for her estrangement with her family becomes apparent as the story progresses and give a chilling edginess to what is a very powerful story.

The Rabbit Girls is set in Berlin in 1989 when the wall has just fallen, and east meets west for the first time in many years. This momentous change runs alongside Miriam's story and of her friendship with Eva who has transitioned from the east, and it is her support which helps Miriam come to turns with the tragic events of Henryk's past life. The narrative alternates between Miriam's story in 1989, which is a strong story on its own merits and yet, it is Henryk's story of what happened to him and his lover, Frieda, during the latter years of WW2 which is a powerful reminder of the atrocities of war.

To say more would give far too much away and this is one of those stories which is best read with no idea of where the story is leading, that way you will become as emotionally affected as I was by what took place during the Holocaust, and particularly about the atrocities which were perpetrated against a group of women known as The Rabbit Girls who were held at Ravensbrück women's camp.

The book is rather slow in places which I think is quite deliberate as it allows a certain ambiance to develop and the instability of Miriam as our narrator in 1989 adds an unpredictability to way the events of her individual story unfolds, and yet, as the story of Henryk and Frieda's connection emerges the story becomes all the more powerful and I read through parts of Frieda's story with a huge lump in my throat. I grew to really enjoy Miriam's company, she is a worthy heroine who has been through a particularly hard time and parts of her story were especially difficult to read as was Frieda's descriptions of her very troubled life.

The Rabbit Girls is a strong and decisive story, written with passionate intensity and a strong sense of history and even though Miriam and Frieda's stories are very different, both of these women will stay with me for a very long time. 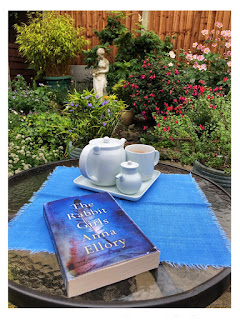 Anna Ellory is a former nurse from Bath. She recently completed an MA in Creative Writing from Bath Spa University, where she was mentored by author Fay Weldon. Anna was inspired to write The Rabbit Girls as a way of shining a light on the cruelties of human experimentation in Ravensbrück and the experiences of women and children in the Holocaust. She was also inspired by the real-life story of Stanislawa Leszczyńska, a Polish midwife who delivered over 3000 babies in Auschwitz.

The Rabbit Girls by Anna Ellory is out now, published by Lake Union, priced £20.00 in hardback and available as an audiobook from Audible. 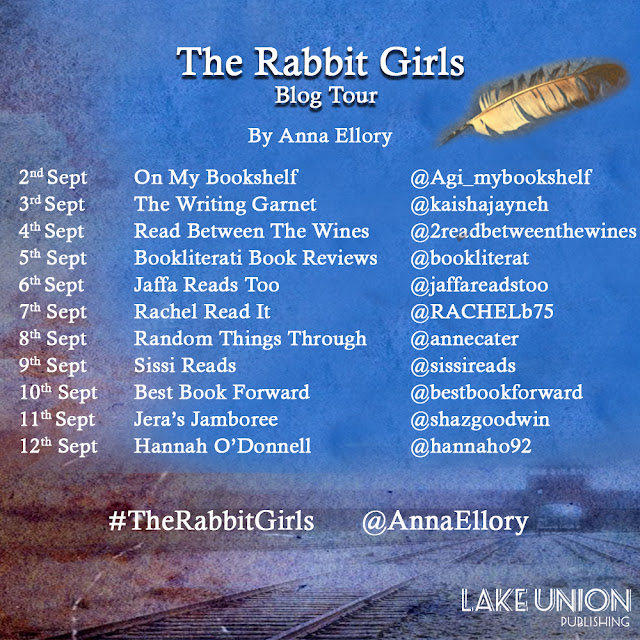