That was the horror of love: your sweetheart could stick a knife into your eyeball and sharpen it a notch every chance they got.

Mari supplements her modest stock as a market-stallholder with the trinkets she acquires clearing the houses of the dead. Living in a tiny cottage by the shore – alone apart from a pet cat and the monkey, Nanw – she surrounds herself with the lives of others, combing through letters she has gleaned and putting up photographs of strangers on her small mantelpiece for company. Mari is looking for something beyond saleable goods and borrowed memories. As she works on cutting a perfect emerald, she inches closer to a discovery that will transform her life and throw her relationships with old friends into relief. To move forward she must shed her life of things past and start again. How she does so is both surprising and shocking…


Mari lives in her cottage by the shore with her cat and a monkey called Nanw. Mari supplements her income by running a market stall where she sells the vintage clothing and other trinkets she accumulates from helping her friend Mo who clears the houses of people who have died. Mari comes across as a rather sad character, she is prone to illness and introspection and there's an aura of grief and desolation surrounding her which adds to the overall ambiance of the novel.


The Jeweller is a quirky story which is made all the more interesting for having been translated from its original Welsh, a language which is as fascinating as it is lyrical, and the author's imaginative flair for story telling is complimented by the creativeness of just how strongly the story comes across in translation. It's an intelligently written character driven novel which explores the stifling power of family and of the meaning of friendship. As the story gets deeper it becomes obvious that Mari has a troubled relationship with those around her, often finding more comfort in the pieces of jewelry she collects and then polishes into something beautiful.


The Jeweller is about recognising the emotional pull of the past whilst having the strength to move forward into a more controlled sort of future.

Originally published as Y GEMYDD The Jeweller is published in English by Honno Welsh Women's Press. 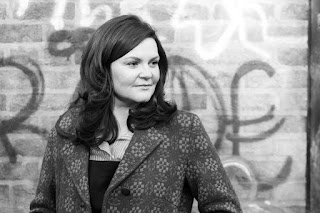 Caryl Lewis has published eleven Welsh-language books for adults, three novels for young adults and thirteen children’s books. Her novel Martha, Jac a Sianco (Y Lolfa, 2004) won Wales Book of the Year in 2005. Caryl wrote the script for a film based on Martha, Jac a Sianco, which won the Atlantis Prize at the 2009 Moondance Festival. Her television credits include adapting Welsh-language scripts for the acclaimed crime series Y Gwyll/Hinterland.

Gwen Davies grew up in a Welsh-speaking family in West Yorkshire. She has translated into English the Welsh-language novels of Caryl Lewis, published as Martha, Jack and Shanco (Parthian, 2007) and The Jewellerand is co-translator, with the author, of Robin Llywelyn’s novel, published as White Star by Parthian in 2003. She is the editor of Sing, Sorrow, Sorrow: Dark and Chilling Tales (Seren, 2010). Gwen has edited the literary journal, New Welsh Review, since 2011. She lives in Aberystwyth with her family.

Honno is the UK’s longest standing independent women’s press and is based in Wales. 'Honno' is a Welsh word meaning 'that one (feminine) who is elsewhere'. For more information on this award-winning acclaimed small publisher, visit their website

Honno would like to thank the Welsh Books Council for all their support in publishing this title. 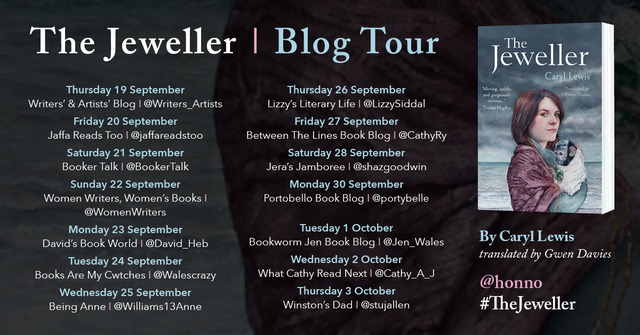