Some Family feuds just won’t go away… For 40 years the Dolans and the Marshalls have lived side by side on the same rundown housing estate in east London. While teens Gary Marshall and Arnie Dolan forge a close friendship, fighting constant battles to survive both on the streets and closer to home, the relationship between their parents is complicated and, at times, toxic. Gradually family secrets emerge which have their roots in the early 80s… and Gary and Arnie realise their entire upbringing was built on lies. 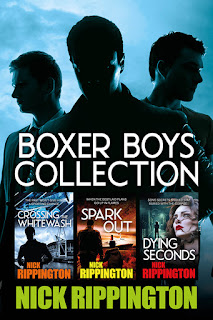 Here are my thoughts on Spark Out

Spark Out starts with real insight into what makes this crime fiction series so compelling. Written as it is with a fine eye for detail and a compelling turn of phrase, the author doesn't shy away from recreating a fairly bleak time in our history. A time when there was social injustice on a wide scale and where the growing discontent between the have and the have nots seemed to grow ever wider.

For 'Big Mo' Dolan, taking the Thatcherite philosophy of getting on his bike to find work opens up a whole new meaning to the term job seekers. Wanting to do right by his family and still earn the respect he thinks is his due, means that Mo has some difficult choices ahead of him, and this forms the basis of how his life starts to unfold in the rough and violent world where only the most craftiest of individuals can hope to survive with any sign of longevity.

I think that the author really gets to grips with this fierce and ferocious way of life. Always telling it like it is, there is, quite simply, no room for sentimentality in the world that Mo inhabits. Dark and gritty violence is sometimes the only language that the people in Mo’s world understand and the author brings this world to life in graphic detail. And yet, there is also a perceptive side to the story, particularly, in the way that Mo’s long suffering wife, Beryl deals with her relationship with her husband, and also the effect on Mo’s son, Chuck, who is doomed to be forever in his father’s shadow.

The author has done a commendable job of bringing this destructive world to life whilst still maintaining the notion that the idea of family rises above everything else.

Dark and gritty, Spark Out continues this gangster series with characteristic style. 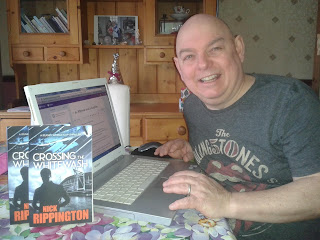 NICK RIPPINGTON is one of the victims of the News of the World phone-hacking scandal you never hear about.

As the newspaper’s Welsh Sports Editor, he was made redundant with two days notice when Rupert Murdoch closed down Europe’s biggest-selling tabloid in 2011.

On holiday at the time, Nick was never allowed back into the building, investigators sealed off the area with crime scene tape and seized his computer, which contained all the secrets to his Fantasy Football selections.

Handed the contents of his desk in a black bin bag in a murky car park, deep throat style, Nick was at a crossroads – married just two years earlier and with a wife and 9-month-old baby to support. Options were limited but self-publishing was booming. Having hit on an idea for a UK gangland thriller taking place against the backdrop of the Rugby World Cup, in 2015 he produced Crossing The Whitewash.

The book was praised by many, received an honourable mention in the genre category of the Writers’ Digest self-published eBook awards and more than 25 five-star reviews on both sides of the pond.

Almost two years after Crossing The Whitewash came the second in the Boxer Boys series, a prequel called Spark Out, which was released in paperback on July 1 and for Kindle on July 10, 2017. The book received an award for best cover of 2017 with the Chill With A Book website, along with a readers award, before receiving the IndieBRAG medallion from a prestigious site covering Independent writers and publishers throughout the world.

The third book in the Boxer Boys series Dying Seconds, a sequel to Crossing the Whitewash, was released in December 2018.

Married to Liz, Nick is now a full-time back bench designer on the Daily Star sports desk and has two daughters – Jemma, 36, and Olivia, 8. A Bristolian at heart, he lives near Ilford, Essex. In the past he has worked for the Sunday Mirror, Wales on Sunday and Media Wales in Cardiff as an executive editor. 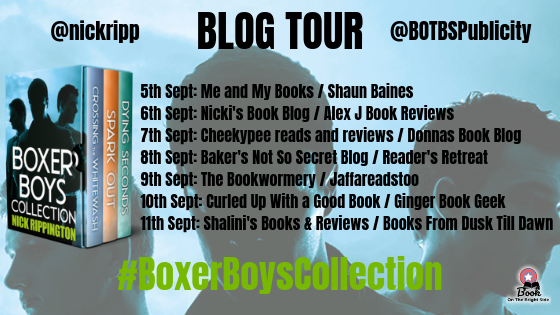