Tonight is the night for secrets…

Pregnant Victoria Valbon was brutally murdered in an alley three weeks ago – and her killer hasn’t been caught.

Tonight is Stella McKeever’s final radio show. The theme is secrets. You tell her yours, and she’ll share some of hers.

What Stella really wants to know is more about the mysterious man calling the station … who says he knows who killed Victoria, and has proof.

Tonight is the night for secrets, and Stella wants to know everything…

With echoes of the chilling Play Misty for Me, Call Me Star Girl is a taut, emotive and all-consuming psychological thriller that plays on our deepest fears, providing a stark reminder that stirring up dark secrets from the past can be deadly..

Stella McKeever is the presenter of a late night local radio show and like all live radio it’s often the people who phone in who make the show special. Tonight, on Stella’s final radio show, she makes an appeal to her listeners to share their deepest, darkest secrets with her, because, as we discover, there’s no one better at keeping secrets than Stella.

Call Me Star Girl grabbed my attention from the very beginning and even though each of her books have, so far, been quite different, what shines through is the author’s unique, and very special talent for skilled storytelling. Beautifully observed, Call Me Star Girl is this author's first venture into the psychological crime genre, and boy, oh boy, has she got the genre absolutely sussed!

The story, which flits between the present and the past, is decidedly edgy, it’s also deliciously dark and ever so creepy that even though I read the book in bright sunlight, I still found that I jumped at sudden noises, and became so reluctant to put the story down for even a minute that I only left my comfy chair in the garden to get up for refreshments to stop myself dehydrating! 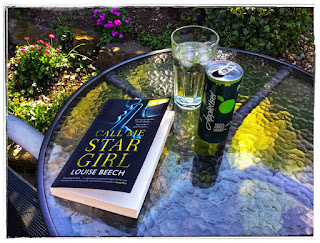 Call Me Star Girl is one of those special stories which hooks you in from the opening chapter and as the story progresses and we start to learn more about Stella's traumatic past, her tense relationship with her boyfriend, Tom and her tortured love for her mother, a picture is revealed of a life which has been made all the more complicated by so much unfinished business. And even when the story ends, the strength of the characters remain with you, as close as friends, and as deep as enemies.

What I enjoy most about this author’s exceptional writing is her ability to absolutely reach out to her target audience. Her stories always feel totally relevant, genuinely reflecting real life, with all its faults and failings, giving us memorable characters who are often at their most vulnerable.

There is no doubt that Louise Beech is an extremely talented writer, a magical weaver of tales, whose genuine love for story telling shines through with every well written word. And regardless of whatever genre she chooses to work in, I truly can’t wait to see what she comes up with next... 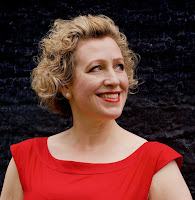 Louise Beech is an exceptional literary talent, whose debut novel How To Be Brave was a Guardian Readers’ Choice for 2015. The follow-up, The Mountain in My Shoe was shortlisted for Not the Booker Prize. Both of her previous books Maria in the Moon and The Lion Tamer Who Lost were widely reviewed, critically acclaimed and number-one bestsellers on Kindle. The Lion Tamer Who Lost was shortlisted for the RNA Most Popular Romantic Novel Award in 2019. Her short fiction has won the Glass Woman Prize, the Eric Hoffer Award for Prose, and the Aesthetica Creative Works competition, as well as shortlisting for the Bridport Prize twice. Louise lives with her husband on the outskirts of Hull, and loves her job as a Front of House Usher at Hull Truck Theatre, where her first play was performed in 2012. 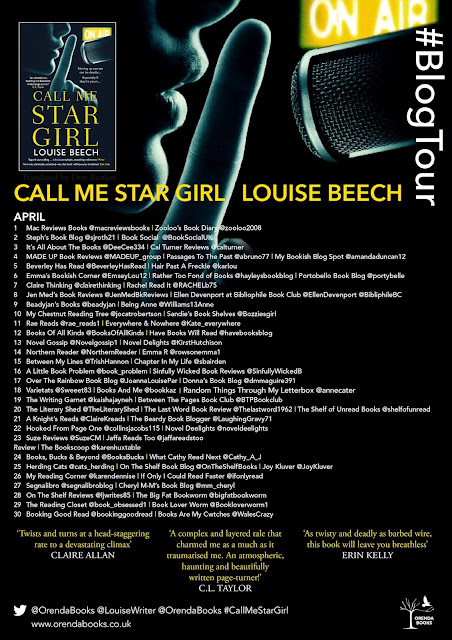