Review ~ Under the Approaching Dark by Anna Belfrage

Adam de Guirande has cause to believe the turbulent times are behind him: Hugh Despenser is dead and Edward II is forced to abdicate in favour of his young son. It is time to look forward, to a bright new world in which the young king, guided by his council, heals his kingdom and restores its greatness. But the turmoil is far from over.

Under the Approaching Dark is the third in Anna Belfrage’s series, The King’s Greatest Enemy, the story of a man torn apart by his loyalties to his lord, his king, and his wife.

Under the Approaching Dark, is the third book in The King’s Greatest Enemy series, which starts in 1327. Edward II has been incarcerated against his will and Queen Isabella and her henchman, Mortimer, flaunt their love affair before a court which neither accepts nor condones their illicit relationship, which, to some onlookers, goes beyond the bounds of common decency. The young king, Edward III, still little more than a teenager needs to look to his own men-at-arms for the love and support which is so often lacking in his relationship with his mother and Mortimer. With the announcement of Edward II’s death in captivity, Isabella and Mortimer’s political ambition once again plunges the country in turmoil.

It was a real delight to meet up again with the main protagonist of this series. Adam de Guirande is now firmly placed as one of the young King’s most loyal supporters and together with his beautiful wife, Kit, Adam is right at the very heart of the political conspiracy which fills the story with so much excitement and adventure. Plots, counter plots, intrigue and danger seem to follow Adam and Kit wherever they go, taking them on a journey which is rich in intrigue and alive with all the loving encounters which we have come to expect from this couple’s passionate relationship.

The author has once again given us a beautifully written story which is firmly ensconced in the early fourteenth century. From baronial manor houses to royal palaces, there is a real feeling of authenticity, so much so, you can sense the danger, feel the intrigue and experience all the sights and sounds of medieval life. No historical stone is left unturned and no aspect of medieval life is ignored or glossed over.

Under the Approaching Dark is a joy to read from beginning to end and I am looking forward to catching up with another well planned historical adventure in Book Four of the series - The Cold Light of Dawn, which is planned for 2018. 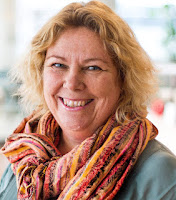 
and for continuing The King's Great Enemy series with such enthusiasm.