Jaffareadstoo is delighted to be hosting today's stop 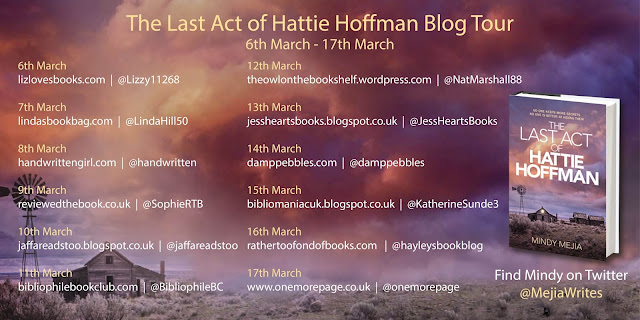 Eighteen-year-old Hattie Hoffman is the brightest star of her small town – until she is brutally murdered on the opening night of her high school play. Set across eight months before and after her murder, we flick between three narrators, Hattie, her high school English teacher Peter and local town sheriff Del Goodman, to find out what secrets this small town is hiding and what really happened to Hattie Hoffman.

It's no spoiler to say that, Hattie Hoffman, the  eponymous protagonist of the story meets an untimely death fairly early on the story but what then follows is the why and wherefore of how this terrible act was allowed to happen. Following Hattie's life very closely during the previous eight months we start to build up a picture of her life and also of the people who live alongside her in the small Mid-Western American town of Pine Valley in rural Wabash County.

Told in the voices of three narrators; that of Hattie, Peter Lund her high school English teacher, and Del Goodman, the local sheriff who has known Hattie since she was new-born, together their unique perspectives allow the story to take flight.

Expertly plotted and with several twists and turns that I didn't see coming, and just as many red herrings, this is a murder mystery which captures the imagination from the very beginning. The complex police procedural part of the story is well done, especially the limitations imposed on Del and his team who try to piece together the limited amount of clues in the full spotlight of a small town for whom a murder investigation is a complete anathema. Del finds out to his cost that Pine Valley doesn't give up its secrets easily and as the story progresses it becomes obvious that some secrets are buried so deep that they are going to be almost impossible to locate.

It's difficult not to fall in love with Hattie. She's as bright as a button, filled with the joie de vivre that can only come from being nearly eighteen and wanting everything that the world can offer. The author does a great job of bringing Hattie's vibrant personality to life. We share in her triumphs and watch as she takes the first tentative steps towards what will ultimately bring about her doom.

The author has captured the essence of small town America very well. Pine Valley is overwhelmingly provincial in its outlook and blinkered and stifled when it comes to letting one of its brightest birds flee the nest. Hattie was a star just waiting to fly until the fickle finger of fate intervened and cut short her life so horribly that it hurt to see her go.

The Last Act of Hattie Hoffman is this author's first book to be published in the UK. I look forward to reading more from this talented author.

Best Read With...Chicken and Mushroom potpie and a cool glass of Pinot Grigio.. 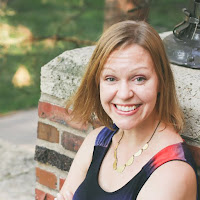 Mindy Mejia received her MFA from Hamline University and published her first novel, The Dragon Keepers, with Ashland Creek Press. She lives and writes in Minnesota.