An elderly French artist is found dead in his rooms in London clutching a miniature portrait of a little girl. Intrigued, Constable Sam Plank delves into the world of art dealing and finds himself navigating the fragile post-war relationship between England and France. What is the link between this and the recent attacks on customs officers in London Docks? And will a beautiful mademoiselle put paid to Martha Plank’s matchmaking?
In this fourth novel in the Sam Plank series, set in the chilly spring of 1827, Plank and his junior constable William Wilson meet Frenchmen in London and daring blockademen in Kent to uncover smuggling and even more dangerous ambitions,

There are a collection of authors in my arsenal of ‘authors who will never let me down’ and I can officially say that Susan Grossey is now firmly placed in this category. The whole of the Sam Plank series of Regency crime novels have been an absolute joy to read and this fourth outing by Constable Sam and his able assistant Wilson is just as exciting as the previous three books.

The chilly spring of 1827 sees Sam and his junior constable, William Wilson, investigating the unexplained death of an elderly French artist who has been found dead in mysterious circumstances. The only clue left at the scene is an exquisite miniature of a young girl which the old man is clutching in his hand. Given the unusual circumstances surrounding this death neither officer will leave any stone unturned until the mystery is solved to their satisfaction. However, dabbling in the complicated world of art reveals far more questions than it does answers, and Plank and Wilson soon find themselves drawn deeper and deeper into a shadowy criminal underworld filled with conspiracy and dangerous secrets.

Confident in his ability, Constable Plank strides the streets of London with all the self-assurance of a man who knows his place in the world. He strives for justice and truth in an entirely commendable way, and his integrity and honesty shines through with every word that this author so lovingly shares with her readers. What I enjoy most about this series is the way that the world of Regency crime comes alive in the imagination, so that it becomes an entirely believable world of thieves, vagabonds, conmen and criminals who scurry and skulk within the shadows of the great city of London.

There is no doubt that the author has created a plausible and comprehensive Regency world and with each successive novel I feel as if I am returning into the bosom of a well-loved family. Sam and Martha’s thoughtful care and supervision of the ever vulnerable Constable Wilson, and of course, Martha’s marvellous ability, in moments of extreme worry, to be her husband’s still small voice of calm is, as always, written with such thoughtful attention to detail.

As one book finishes I am heartened to know that, like buses another one will be along soon, after all, the author did say that there would be seven Sam Plank stories and I am holding her to that promise. I don’t want to contemplate what I will do when this wonderful crime series comes to an end but maybe by book number seven Sam may well have put his foot down and said… “There’s more”..!

Best Read With.. A tankard or two of porter and a well roasted chop.. 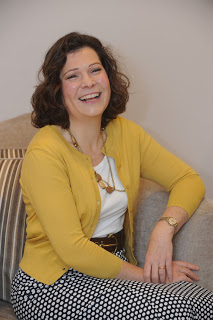 
Read an extract from Portraits of Pretence by clicking here


My thanks to Susan for sharing Sam Plank's world with me and for including a "Jaffareadstoo" quote on the cover on Portraits of Pretence.

As a reader I am delighted to endorse this wonderful series.