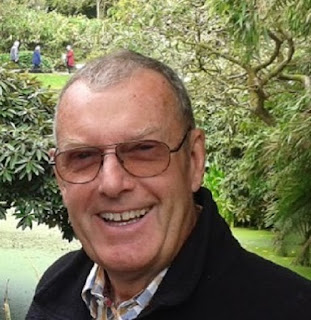 Michael has written this fascination guest post about The Lure of Miklagård...

In the third of my quartet of Viking novels for young readers,” Children of the Chieftain: Bounty”, a seventeen-year-old boy voyages with his crew down the rivers of Russia and the Ukraine to Miklagård, the Viking name for Constantinople, or Istanbul as it is known today. There they seek their fortune and are well rewarded by the emperor for their services. Fanciful? Not at all, there is an historical precedent, a story which really illustrates the statement, “the truth can be stranger than fiction”. 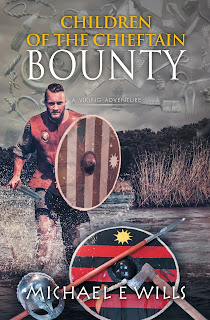 St Olaf is the patron saint of Norway and many churches, even in England, are dedicated to him. He was killed in 1030 when defeated in a battle against his discontented subjects. At his side in the battle was his fifteen-year-old half-brother Harald Sigurdsson. The boy was commanding six-hundred warriors, his own followers.

Harald was wounded in the battle, but his men managed to rescue him and take him into hiding in a farm in the mountains between Norway and Sweden, before they escaped into Sweden. There he spent the winter recovering from his injuries. In the spring, his men returned to collect their leader. The small army was re-armed by the king of Sweden and set off east to serve Grand Prince Jarolslav, the ruler of a huge area of what is now Russia. At the age of sixteen, Harald was made captain of Jaroslav’s forces as they fought insurrections and invasions by Poles.

Before Harald was twenty, seeking his fortune, he led his force of six-hundred down the Dneiper River and across the Black Sea to Constantinople, which the Vikings knew as Miklagård. There he offered his services to the Emperor of Greece. (The area now known as Turkey!) And in the service of Emperor Michael IV, Harald and his men really did make their fortunes. They were given the task of ridding the Aegean Sea of pirates who had been plundering the islands. This work was extremely lucrative as not only were the Scandinavians paid for doing the work, but they were able to keep the goods, many of them valuable cargoes, which they seized. The Emperor required only a small percentage of what they recovered.

Impressed by their work, their employer drafted the force into his elite personal guard, the Varangians. Harald was given the rank of commander of this unit. Much of the work of the Varangians was to guard the Emperor, but they also acted on orders to take retribution and revenge on enemies of the state. This work was often far from pleasant as apart from executions, a standard form of punishment was “blinding”.

Nevertheless. Varangians were not always gainfully employed and seemed to have plentiful spare time. In what was once the Greek Empire there are still today, some ancient relics which have Scandinavian runes scrawled on them, graffiti written by bored Varangians. One example of this is shown in the picture. This marble lion statue on the left is three metres tall and was sculpted around 350 BC. It once stood in Piraeus, the harbour of Athens. 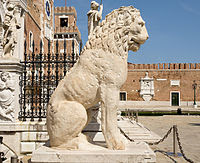 Clearly, it was visited by the Varangians as can be seen in the close up picture of a copy of this lion, in Stockholm Museum of History. The runic text commemorates a dead Varangian warrior called Horsi. He came from Roslagen, north of Stockholm and the runes tell us that he had “earned much gold”. 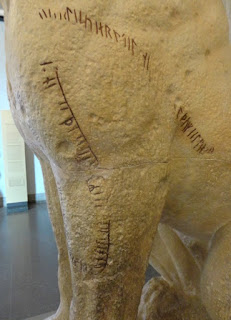 Harald and his men became victims of their own success. In 1042, when they had amassed a considerable fortune they asked for the Emperor’s permission to go home. By this time there was a new ruler of the Greek Empire, Empress Zoe. She refused to let the Varnagians return to their own country, they were too valuable to her. However, risking the terrible vengeance of his employer, Harald managed to ecape with a few of his men in two ships laden with valuables. He then embarked on the lengthy and dangerous voyage home to Norway. On his way, he visited Grand Price Jaroslav and persuaded him that he was now wealthy enough to marry the Prince’s daughter, Princess Elisiv.

On his return to Norway, Harald used his enormous wealth to gain the throne. But his ambition did not stop there. He decided that he had a legitimate claim to the throne of England. He built up a formidable army of around sixteen thousand men and a fleet of three hundred ships to mount an invasion to claim the throne. Forming an alliance with Tostig, the exiled brother of King Harold of England, he landed in the north of England in September 1066. That year is of course most famous for the Battle of Hastings, however, Harald’s invading army was far bigger than the Norman one. What happened next was to shape the future of England, its people, its language and culture.

King Harold of England force marched his army to York to meet the threat. His arrival was completely unexpected by Harald of Norway who was still celebrating a victory over the local Earls. Despite his army being travel weary and outnumbered, the English King won the Battle of Stamford Bridge on 25th September. Harald Sigurdsson and Tostig were both killed. However, the price in English lives was high and when King Harold then set off south to counter the second invasion, that of the Normans, his army was much depleted.  He had few cavalry left and most of his best archers were dead. The rest is history, but there is no doubt that had Harald of Norway not interfered, the Battle of Hastings might well have gone another way.

As I said at the beginning, “the truth can be stranger than fiction”. The story of Harald, who later became known as “Harald Hardrada”, that is, “Harald Hard Ruler”, is so incredible that I doubt that any historical fiction writer could have written it. 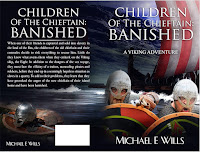 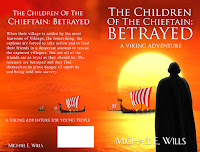 Huge thanks to Michael for this informative guest post about The Lure of Miklagård.


His latest novel Children of the Chieftain: Bounty is soon to be published by Silverwood Books.