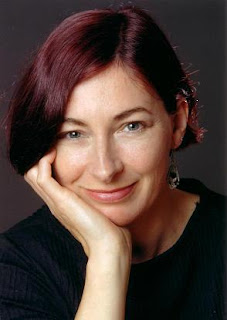 Hi and welcome to Jaffreadstoo Cath...

WHAT MANCHESTER DOES TODAY THE REST OF THE WORLD DOES TOMORROW

‘Cath Staincliffe moved to Manchester (all red brick and rain) from her home town, Bradford (hills and stone) to start a job. And stayed.’ The biography from my first novel Looking For Trouble. So I’m an incomer but I’ve lived in Manchester longer than anywhere else and it’s home. All my books are set here (even Half The World Away, the one that takes us to China, starts in Manchester). Blue Murder, the television series I created and the radio series Legacy are also based here as are the Scott and Bailey novels I was commissioned to write based on the TV show. 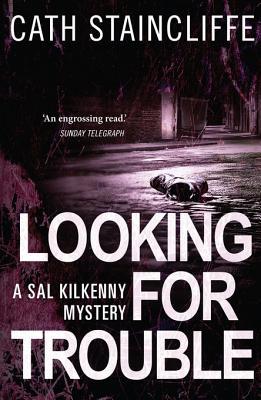 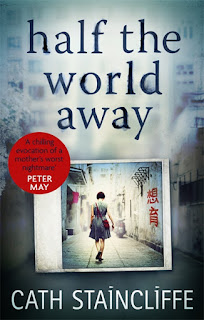 Looking For Trouble was inspired by the 1980s new wave of private eye fiction, where independent women investigated crime in vividly drawn urban settings. Sara Paretsky's Chicago and Sue Grafton’s Santa Teresa (based on Santa Barbara) feature almost as characters in their books. Wanting to emulate that in my Sal Kilkenny novels, I chose Manchester and not only because I lived and worked here (and am a reluctant researcher). Music and football (and post-industrial misery) may dominate people’s perception of Manchester and it has all that but Manchester has always been cutting edge. Home to the first free public library, the birthplace of the industrial revolution, of the first labour party and women’s suffrage movement, the city where the computer was invented and graphene, the first nuclear free city in the UK. But Manchester is also among the most deprived areas in the country, with reduced mortality, high unemployment and crime. There remains great inequality in the city and the contrast of innovation and creativity with lack of opportunity, of wealth and status with poverty, provides a tension to draw on. Ringed by satellite towns but still in striking distance of the Pennines and the Peaks, Manchester offers a hundred worlds to the writer. You can imagine how delighted I was when the estimable crime author Val McDermid was kind enough to say of that very first book, ‘Cath Staincliffe’s tour of the mean streets and leafy suburbs of Manchester reveals the city as the natural successor to Marlowe’s Los Angeles.’

Manchester and the North West inspire my work in a number of ways. First of all there’s the people here, the grit and humour, the warmth that characterises the way people deal with each other and how they talk. I think characters are shaped by the city and in turn shape it. And my characters are indivisible from their setting.

Locations give me ideas for scenes or for stories. So the stone archway at Heaton Park was the inspiration for a showdown at the end of one book as was the wooded sandstone ridge at Alderley Edge for another. The soulless Arndale Centre car park gave me an idea for the death at the heart of Towers of Silence. Famous landmarks like The Lowry or the Town Hall can provide the backdrop to encounters but so can that back alley off Piccadilly, the warehouses of the Northern Quarter before it was the Northern Quarter or the canal not yet refurbished and lined with luxury apartments. As a reader I love stories with a strong sense of place. I hope my work sparks recognition for people who know Manchester and gives an insight into what it’s like for those who don’t. 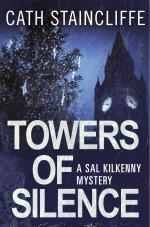 Incidents that happen here also inspire stories though I never write directly about real life events. Witness was a response to the tragic (and still unsolved) murder of teenager Jesse James at a time when gang violence made the murder statistics very grim reading. Assisted dying was the theme of The Kindest Thing and to make it as true to life as possible I spent time at the Crown Court watching trials and visited the women’s prison at Styal, speaking with the women there about life inside. Blink of an Eye gave me the opportunity to tell a contemporary story about death by dangerous driving but also to revisit the Manchester of the 1980s, and capture what I found when I first moved here. Like any major metropolis Manchester is in a constant process of change. Regeneration follows degeneration and the cityscape is always evolving, witness the ever-changing Metrolink network, the building for The Commonwealth Games, the development of Media City or the expansion of our three universities. People continue to move to the city, bringing their own contributions with them. Different cultures and communities, new areas of enterprise, are a continuing source of ideas for stories.

Over the years publishers and agents have expressed a desire to get me out of Manchester, in a literary sense. Perhaps it's because the publishing industry is so relentlessly London-centric. But why relocate when the North West remains so fertile a hunting ground for the stories I want to tell? Besides, do they not realise, Manchester is the centre of the universe.

Huge thanks to Cath for spending time on the blog with us today. 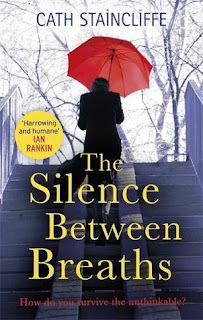 I hope you have enjoyed this Close to Home feature