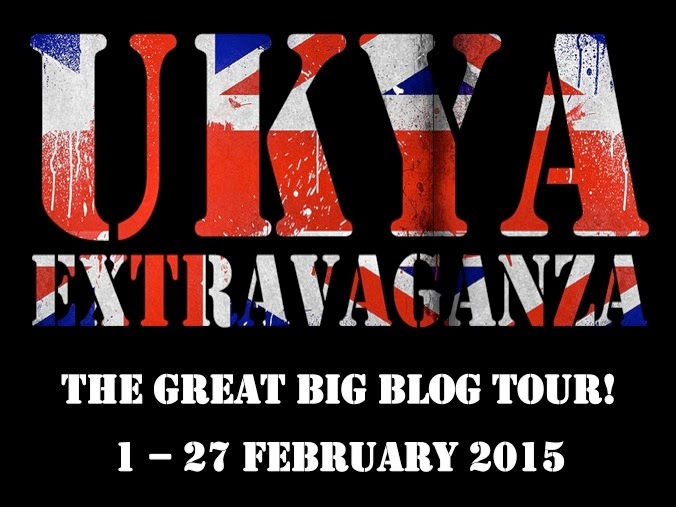 UKYA Extravaganza is an event happening on 28th February in Birmingham and is showcasing 35 great YA authors from all over the country.

It’s an opportunity to meet, mingle and chat about all things YA.

The tour runs through until 27th February.

the talented author of

A Dream of Lights

Yoora is a teenage girl living in North Korea, dreaming of the lights of foreign cities while eking out a miserable existence in a rural northern village. But then she makes a mistake: she falls in love. With someone far removed from her social class. Someone dangerous to know. When tongues start to wag, her father is executed and she is taken to a prison camp in the mountains. There, escape seems even further from her grasp. But Yoora is about to learn an important lesson: love can surprise you, and it can come in many forms

What gave you the idea for writing A Dream of Lights

I've always been fascinated by North Korea.  It's such a strange country and the fact that it's so secretive just adds to the enigma.  The little I did know about it filled me with more questions - why do people live like that?  Why don't they try to escape?  Are the people happy? - but I wanted to know more.  A friend recommend a book to me - Nothing to Envy, by Barbara Demmick - which was utterly compelling yet shocking and I decided from that that I'd like to explore the idea of writing a story set there.

The reasoning behind writing A Brighter Fear was very similar - why were we being taken to war?  What did I think about it? - but ultimately, again, my real interest and where the story was for me, was with the people on the ground living it.

Oh that's hard! I'm not very good at selling myself! OK...  Because it'll take you to a place you could never go and show you things you never thought could happen....Because you'll be inspired by some peoples strengths yet shocked by the inhumanity of others...Because it'll show you the power of hope and love...  I think technically that's more than three...I'm cheating...

What was the most difficult aspect of the writing the story? How did you overcome it?

The most difficult aspect of writing the story for me was the very beginning in the village.  I needed to get across as effectively as possible what their lives were like before the reader kind of 'defaulted' into their own ideas of village life, yet didn't want massive chunks of description.  Life in a North Korean village is almost akin to our medieval times with no cars, shops, and their homes very basic too.  It's written in first person too, so Yoora wouldn't be walking around describing the things she was seeing.  To get over it, I suppose I made sure that everything I was writing was there for a reason and doing its job - does that make sense?  And that the description and information I needed out there was shown alongside things that were happening.

In your research for A Dream of Lights did you discover anything which shocked you?

Yes, a lot, an awful lot.  And there were times it made me cry and times it made me sit back and just stare at the screen or book with my hand over my mouth.  You do 'de-sensitise' to it - I had too otherwise I could never have written the story!  I've had discussions with writer friends about how you feel about 'using' these, and I do think in covering such issues the writer has a responsibility to portray it right - I always wanted to make sure I didn't glamorise any of the violence or suffering, or use it gratuitously.  But also, you have to remember it's a story you're writing, not a non-fiction book, and as such, you can't include something just because you think you 'should' - after all the research is to serve the story.

It was much the same with A Brighter Fear, both when researching the actual war, and Saddam's regime.  I found this incredible story - that after winning an election, to celebrate and thank his people for voting for him, Saddam released ALL the prisoners from a jail.  It seemed so preposterous that I really wanted to include it - however, it did nothing for the story so in the end the chapter was cut.

I'm fortunate enough for writing to now be my job.  I have a very small office which has no windows so there's no distraction of watching birds or cats, or branches in the wind...  I do seem to gravitate to the kitchen table to work though, I think it must be because it's nearer the kettle and the biscuit barrel.

I've just finished one and I'm really excited because it'll be going out on submission soon.  I'm also petrified!!!  It's really nerve-wracking waiting to hear what people think to your work.  But, yes, what's it about?  Oh, I don't know if I can say....death and love and lies...

My thanks to Kerry and all the authors at #UKYAExtravaganza
for inviting us to join in with this blog tour.