Detective Inspector Jessica Daniel is newly promoted and facing a series of challenges which test her expertise and resources to the limit. Working the grim and dangerous streets of inner city Manchester is never easy and when a series of unrelated crimes spiral out of control, for her own peace of mind, Jessica needs to keep one step ahead of the criminal fraternity. The story gets off to a good start with the punchy investigation into the violent assault on a local councillor; then when further crimes start to escalate, Jessica and her team realise that they have something very dangerous to investigate.

This is my first experience of reading Kerry Wilkinson’s Jessica Daniel’s crime series, and as this is book eight, I felt like I had come rather late to the party. There seems to be a lot of back story to catch up on and there are oblique references to events of which new readers know nothing. I’m afraid, that I felt a little bit lost at times, which is why it’s always better to start at the beginning of a well established series. However, being a northerner, I did enjoy the Manchester setting, and the darker elements of Mancurian life were brought realistically to life.

Overall, the story was interesting and well controlled, although I did think that the first half of the book was a little slow in getting going, but once Jessica and her team started to work together better, the story became more interesting.

I’m not altogether sure that I would invest in the series from the beginning but if you like realistic northern crime in a gritty and uncompromising setting then my advice would be to start with book one, which was Locked In, and take it from there.

My thanks to Sam Eades at Macmillan for my review copy of this book.

📖 Blog Tour ~ Before We Grow Old by Clare Swatman

Boldwood Books  19 January 2022 My thanks to the publishers for my copy of this book and to Rachel's Random Resources for the invitat... 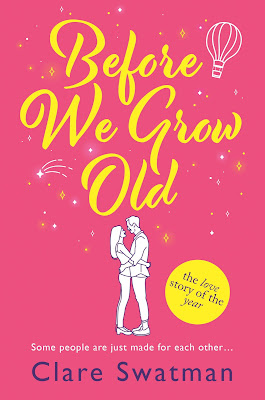