R.M. Cartmel has been a writer one way or another since being a medical student at Oxford. He wrote his first (still unpublished) novel back in 1975 but it wasn't until he retired after a long career as a GP that he decided to dedicate himself full-time to the creation of crime fiction. 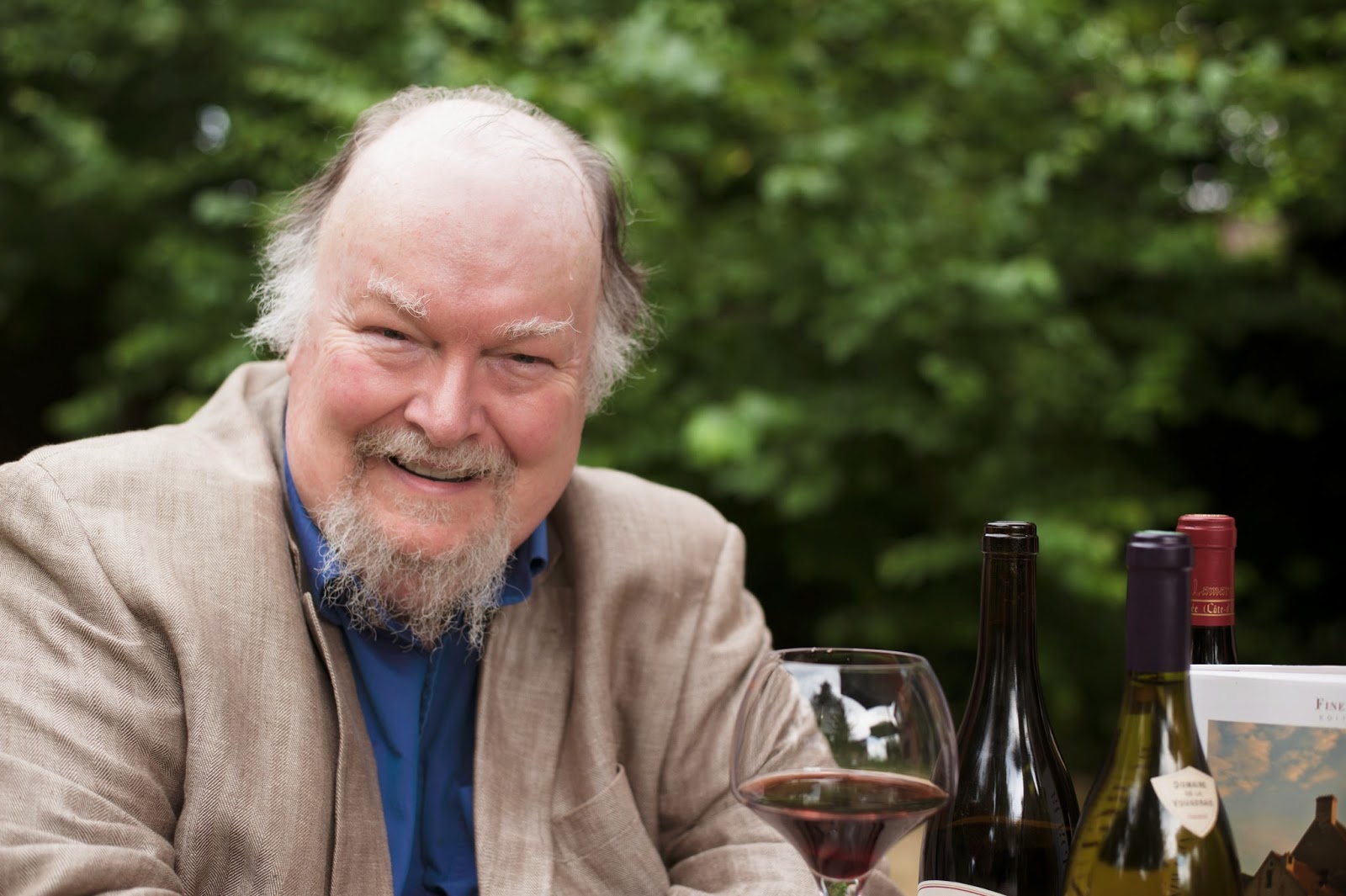 The Richebourg Affair, published on 30th July 2014, is the first of a trilogy set in and around Nuits-Saint Georges following the acute if rumpled Inspector Truchaud of the French police as he pursues fraudsters, murderers and gangsters over the course of a winemaking year in the vineyards of Burgundy.

Hello and welcome to Jaffareadstoo....

Where did you get the first flash of inspiration for The Richebourg Affair?

In the Café du Centre in Nuits-Saint-Georges. Well to absolutely accurate sitting on my own under a parasol outside dipping a late breakfast coffee, about ten years ago. ‘Inspector Truchaud’ walked, fairly fully formed into my imagination. Certainly he was wearing the trench coat at the time. The Richebourg plot came somewhat later, when I realised that if I was going to use my creation, he needed to actually do something. At the end of June 2012, when I retired from practicing medicine, I headed straight to Nuits-Saint-Georges to find out why he had been sitting in the Café du Centre. This involved talking to a lot of people to start with. Initially I was asking exactly where I might put an extra ‘imaginary’ village, not exactly asking for permission, but had they got an idea where that terroir might work. This question got a universally goggle eyed response, ‘Why do you want to build another village? Haven’t we got enough villages here for you already?’ But in among those conversations the idea of how one could tell a truly great wine valued at thousands of pounds a bottle, from a thunderously good one valued in the hundreds, and how often one might get the opportunity to compare the two. And from there the story started to emerge.

What can you tell us about the story, which will pique the reader’s interest?

What triggered me to write it was the fact that I was looking to read a novel set in Present Day Burgundy, a part of France that drags me back there so very often, and it’s not just the wine, the cuisine and the people, although they contribute, it is the ambience of the place, that screams ‘home’ at me when I arrive, even though I am rarely there for more than a few days at a time. I could not find the book I wanted to read be it in English or French, so it became obvious to me that was the book I was going to write. The second thing I knew that it had to be was technically correct, especially as it was now going to be geographically correct. I settled down with various wine makers and talked about the culture of grapes and wine, quite often over a cup of tea. (Really!) We-e-ell after a while, glasses appeared and that was followed by the evocative sound of a cork being pulled, and the soft tone of wine hitting the bottom of a glass, and then the sniff of a well aimed proboscis doing its business above the level of fluid in the glass.
In the book, as well as the detection, there is also a celebration of the pastoral life in this part of France, how and why is it liked that, and a certain amount of discussion of how it got that way.

I think it would be impossible to start without a basic concept of what the book is about, but, to misquote Sue Grafton from a mystery writers’ conference in Monterey CA this spring, ‘If you say your book is about murder and detection, I will hit you upside your head’. So I wrote down, maybe half a page to a page of concept to set Truchaud on his way, and settled down to see what happened. This did lead me to a variety of dead ends, which then required me to take control and steer the book back on track, until the boko and I agreed one what might be the finished article. Then we launched the editing team at it! There are some interesting characters who got lost on the journey, but they may yet reappear in the future, and they are still ‘on file’ so to speak.

There are a couple of ‘real people’ in ‘Richebourg’, and they actually appear as themselves. David Clark, who helped an enormous amount with the viticulture side of the book, appears as himself. Also Madame Tournier who runs the Café du Centre in Nuits-Saint-Georges is the same Madame Tournier who actually runs the Café du Centre in the middle of Nuits-Saint-Georges. Otherwise no, the characters are real to the book, although they of course obey the laws of physics the same as the rest of us.

Surely a good fictional villain is someone you don’t’ see coming. If it was blindingly obvious who did it, then surely if you were writing a ‘whodunnit it would be a dull affair. If you’re writing some other fiction about crime, then the villain must fit the story. Ask me the same question in a couple of years’ time when I have written another two or three, and I may have a better answer!

When can we expect to see book two of the trilogy?

Sometime in February 2015. The first draft is completed and being pursued by the editing team as I write this. It will be tossed back and forwards between us being polished up into a glossy sheen, while I get on with the third book in the sequence, which I have already started writing, and will be spending most of September researching the ‘Vintage’ (It’s a hard life, doing this sort of research).

My thanks to the author for sharing his work with us and Fiona at Love PR London for arranging this interview.