Review - The Other Typist by Suzanne Rindell 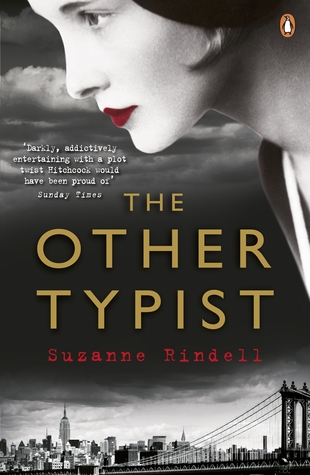 New York of the early twentieth century is the setting for this novel which takes the concept of the unreliable narrator and attempts to weave a story about the essence of what might have been. Rose Baker is a rather plain young woman, easily engrossed in the work she does as a typist with the police on New York’s lower East side. Following the prohibition order in 1923, the ever increasing procession of murderers and gangland hoodlums which pass through the precinct increases Rose’s workload and the need for another typist becomes paramount. Odalie Lazarre, is the other typist, and is everything that Rose isn’t; she’s beautiful, lively, sharp as a tack and from the beginning  Rose becomes obsessed with Odalie and is soon drawn into Odalie’s twilight world of prohibited booze and decadent immorality.

The dissolute and self indulgent world of 1924 New York really comes alive and the vivid portrayal of the notorious East side was, for me, rather more interesting than the character progression. We’re never really sure about the stability of Rose’s character; there is a complexity about her which I never got to grips with and by the time the book came to a close, I had rather more questions than answers.

I so wanted to like this story, however, the book had a vagueness about it which didn’t work for me and I’m afraid that but for the character of New York glossing the content, I would have given up long before the end.

My thanks to NetGalley and Penguin Books UK for my copy of this book.