Today I am delighted to introduce historical fiction writer 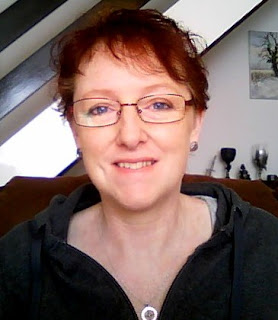 Hi Terri and a very warm welcome to Jaffareadstoo...

Many thanks for inviting me onto your blog today. I’d like to talk a little bit about the research that goes into writing the war from a working woman’s point of view.

My character’s chosen path through the conflict was never in doubt; even when she was a secondary character in book one (Maid of Oaklands Manor) Evie had already shown a most unladylike fondness for fast cars, and a family friend had insisted on making sure she knew how to fix them under any conditions.

In the second book, A Rose in Flanders Fields, we pick up Evie’s story. When war breaks out, and Evie’s new husband joins up, aristocratic Evie sets off to become an ambulance driver with the Red Cross. But she soon falls foul of the strict regime, and she and her friend Boxy (Barbara) decide to set up their own, independent ambulance station, funded by any means at their disposal, and as close to the lines as they could get away with.

The research required for a life such as this was something that I’d woefully underestimated before I began. I’d read Vera Brittain’s Testament of Youth, and gleaned a basic understanding of the conditions of a well-run Red Cross field hospital from that, but it wasn’t until I then picked up Lady Dorothie Feilding’s amazing book: Lady Under Fire on the Western Front that the real research glanced up, saw me looking, and yanked me in. Her courage,  humour, and her brisk, no-nonsense tone, all awed and fascinated me, and I read it through twice more without a break. An incredible woman with an astonishing story to tell.

From Lady Dorothie I moved on to Elsie and Mairi Go to War, by Diane Atkinson. Here’s where I learned more about the independent side of things; these two women (Elsie Knocker and Mairi Chisholm) raised money themselves to fund the ambulances they took back to the Front with them, and everything else they needed. They had their own station and worked to their own strengths. Their personal stories were fascinating too, and although it would be nice to see it as a story of everlasting friendship, there was real conflict between the women who worked in such close confines, beneath the ever-present canopy of extreme danger.

Although my research was focused as much on ambulance drivers as possible, I read voraciously throughout this time, from every female point of view I could find. Lyn McDonald’s The Roses of No Man’s Land was another treasure trove, and I understand this was the inspiration behind Sarah Phelps’s highly popular BBC drama: The Crimson Field. Packed to the rafters with first-hand accounts from all angles; home life, hospital procedure, high-ranked medical staff, and their attitudes to the VADs sent to do menial tasks under them… Any one of these books, or the others I read during this time, would have provided me with the conditions under which Evie and Boxy worked, so I could give their life an authentic feel.

Thanks to the wealth of available information, more than ever before, as the centenary commemorations continue, I could draw on actual battles and the layouts of field hospitals for when the action took place in the trenches, and real military maneouvres provided the perfect situation in which to place Evie’s husband. I was able to ensure as early on as halfway through book one that I’d enlisted him in the correct battalion to place him where I needed him to be by the end of book two.
But it wasn’t until I found one particular book, one that left me even more wrung out and emotionally drained than all the rest, that I realised what I’d been missing. Not the detail, not the facts, or even the good, solid story (it’s published as fiction, but that’s a thin veneer) but the bitter taste of honesty. A book that I found by chance, tucked away somewhere in a dusty corner of a market stall: Not So Quiet, by Helen Zenna Smith.

By the time I’d finished reading this harsh, not to say brutal story, I finally understood Evie’s confused attitude to her work, and how and why it was hidden, only semi-successfully, beneath the old gung-ho attitude of many of her class. I understood both her desperation to be out of the war, and her hopeless need to be back in the thick of it. I understood her grief, and her revulsion, and how it conflicted with her desire to ease pain wherever she saw it. I finally knew why she had chosen that path, and I wanted her to guide me down it.

Although I came to know Evie through the absorption of another character, I felt her grow into an altogether more hopeful figure than that of ‘Nellie,’ in Not So Quiet . There are so many positive –  I hesitate to say “uplifting,”– stories, and so many times when someone seemingly insignificant has made a huge difference to one or several lives. These people deserve to have their stories, not only remembered, and honoured, but most importantly understood. And now I think I understand. 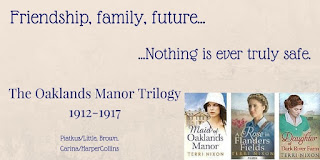 Lady Under Fire on the Western Front – Lady Dorothie Feilding.

The Roses of No Man’s Land – Lyn McDonald

Not So Quiet – Helen Zenna Smith.

More about the Author and her work can be found here 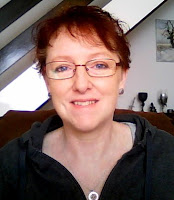 Huge thanks to Terri for this fascinating guest post today.
It's been really interesting to learn more about Women at War. You have certainly given us much to consider and lots of lovely books to discover.