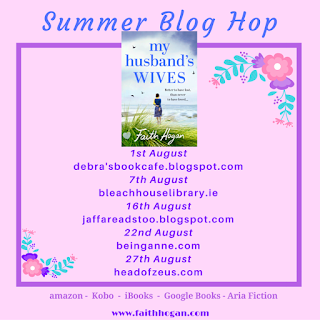 I am delighted to welcome the author Faith Hogan who is sharing her inspiration for Carlinville, Evie's home in My Husband's Wives...

My debut novel – My Husband’s Wives is a book firmly set in Irish soil. The action of the novel takes place in Dublin, and while it’s not the Dublin of Roddy Doyle or Brendan Beehan, it is the Dublin of today. For the most part, it’s middle class suburbia, the home of average people going about ordinary lives.

Evie Considine lives in an old Victorian house, set high in the hills of Howth. Anyone who knows Dublin will know how strikingly beautiful Howth is. From its headland on a clear day, you can see across the Irish Sea into Wales. Along the Dublin coastline, you can pick out the Poolbeg towers, occasional sandy coves and at night, the winking lights of a city steeped in literary tradition. Carlinville, Evie’s home, has retained the beauty of its past, despite Evie’s indifference. It is a place that cries out to be filled with people, smell of beeswax and gleam in the full sun of care and love; it is a house that yearns to be a home.

With Queen Victoria, came a new kind of living. The elite sought to make a mark of their own and built houses like the one featured here. The architecture was softer and more feminine than its predecessors were. It is also less widespread in our capital city than the great red squares of the Georgians.  Dublin city is known mostly for its great Georgian squares. Today, tall, redbrick identical houses, built to a perfect precision in the 1700’s are being opened up around the city, fetching prices now that would have made their original owners blush. Very many have seen the highs and lows of Irish society, beginning as homes to the well to do, but eventually, when they became unfashionable being relegated to the poor. Tenement living in Dublin was at its height in the early twentieth century. By 1912, Dublin had the worst housing conditions in the UK, the wealthy had fled the city centre to set up home in the suburbs and the grand houses of the Georgians became little more than squats with high rents. Huge families living to a room or two, with little in the way of basic sanitary provisions led quickly to the disintegration of those once beautiful squares. The nineteen eighties saw a revival of the squares, but the restoration is slow and expensive, so still there are many Georgian houses in danger of disappearance. Thankfully, the Victorian houses were lucky to have been modish long enough and at the right time to avoid falling out of fashion to the same extent.

Like the women in My Husband’s Wives, Carlinville manages to come to life and its journey in the novel mirrors that of its mistress. It has, for too long been relegated to second place, while always providing what Paul Starr needed in life. In his death, like his wives, it too is gifted with so much more than it expected.

While Dublin features in the novel, it is contemporary Dublin. The liberties, although they are steeped amidst the history of the Vikings are home to a sea of constant traffic, bijoux antique shops and the ubiquitous coffee shops on every corner of every city of the world.

I love Dublin, I think anyone who visits the city, if they have a love of writers or books, will love it. There are landmarks here that mark it apart from any other place in the world. The city begins with the Book of Kells, a stone’s throw away, the house of The Dead, take the dart and you will arrive out at Joyce’s Martello Tower. Every other street has a pub, a doorway or a sculpture to mark the journey of some writer that has touched even the darkest soul. However, My Husband’s Wives is not a story about Dublin – it is a story about jealousy, forgiveness and ultimately love and the truth is, that’s a universal tale. It doesn’t matter if you live in Seattle or Surrey, Sidney or Stephenville – love is love and really it is all we have that is worth having at the end.


A bit of Blurb about the book..

Better to have loved and lost, than never loved.

Paul Starr, Ireland's leading cardiologist dies in a car crash with a pregnant young women by his side.

United in their grief and the love of one man, four women are thrown together in an attempt to come to terms with life after Paul. They soon realise they never really knew him at all.

The love they shared for Paul in his life and which incensed a feeling of mistrust and dislike for each other, in his death turns into the very thing that bonds them and their children to each other forever.

As they begin to form unlikely friendships, Paul's deaths proves to be the catalyst that enables them to become the people they always wanted to be.


Faith Hogan was born in Ireland.  She gained an Honours Degree in English Literature and Psychology from Dublin City University and a Postgraduate Degree from University College, Galway.  She has worked as a fashion model, an event’s organiser and in the intellectual disability and mental health sector.

She was a winner in the 2014 Irish Writers Centre Novel Fair – an international competition for emerging writers.

Her debut novel, ‘My Husband’s Wives,’ is a contemporary women’s fiction novel set in Dublin. It will be published by Aria, (Head of Zeus) on 1st of May 2016.   She is currently working on her next novel. 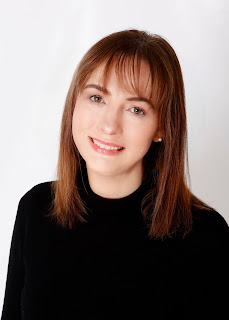 My Husband’s Wives, was published on 1st of May 2016 by Aria (Head of Zeus). It is currently available on Amazon and all good E-reading sites. She lives in the west of Ireland with her husband, children, a very fat cat called Norris and a selection of (until recently!) idle writerly mugs and cups.


Huge thanks to Faith for inviting Jaffareadstoo to be part of this Blog Hop
and for such a fascinating insight into the inspiration for Carlinsville.
Jaffa and I wish you continued success with your writing.

📖 Blog Tour ~ The Maids of Biddenden by G D Harper

My thanks to the author for my copy of the book and to Rachel's Random Resources for the invitation to the blog tour There is no me; ... 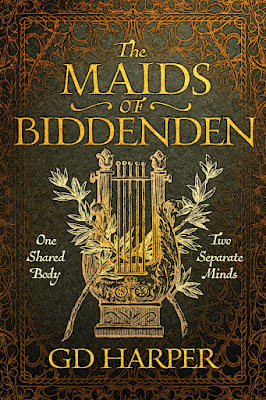