1851 After her merchant husband saved her from a life of prostitution, Louisa Hill was briefly happy as a housewife in Bristol. But then a constable arrives at her door. Her husband has been found hanged in a Bath hotel room, a note and a key to a property in Bath the only things she has left of him. And now the debt collectors will come calling.

To a new life as a madam.

Forced to leave everything she knows behind, Louisa finds more painful betrayals waiting for her in the house in Bath. Left with no means of income, Louisa knows she has nothing to turn to but her old way of life. But this time, she'll do it on her own terms by turning her home into a brothel for upper class gentleman. And she's determined to spare the girls she saves from the street the horrors she endured in the past.

Enlisting the help of Jacob Jackson, a quiet but feared boxer, to watch over the house, Louisa is about to embark on a life she never envisaged. Can she find the courage to forge this new path?

A Widow's Vow is the first in a gripping and gritty new Victorian saga series.

What did I think about it..
Louisa's arrival in Bath doesn't go smoothly especially when she discovers that the house she has inherited comes with rather more problems than she anticipated. With rising debts, Louisa and her companion, Nancy, decide to return to their old profession and open the Bath town house as an exclusive brothel. They enlist the help of the enigmatic fighter, Jacob Jackson , to offer them protection.
The author writes well and the story entertains from the beginning bringing the Victoria underbelly of Bath society to life in an altogether different sort of way. I expected there to be more about the intimacies of the brothel and was pleasantly surprised that the author didn't go into explicit detail, instead leaving more to the imagination of what went on behind the brothel bedroom doors.  The story focuses on the close relationship between Louisa and her 'girls', the problems they have in trying to build up their reputation, and the growing friendship between Louisa and Jacob. Jacob's story is an interesting addition, he's a solid and dependable figure, and yet his penchant for violence is shown in the particularly shadowy world of fist fights and drinking dens.
Filled with an air of mystery and with a smattering of romance A Widow's Vow is an interesting start to a new Victorian saga series. The ending was entirely appropriate and lends itself very nicely towards the next story in the saga, which I hope won't be too long away.
About the Author 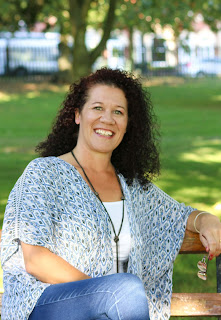 Rachel lives with her husband and their two daughters in a small town near Bath, England. She is the author of over 20 published novels including the Pennington’s department store series (Aria Fiction) and the Templeton Cove Stories (Harlequin).
Her next project is a Victorian trilogy set in a Bath brothel which she recently signed with Aria Fiction. The series will feature three heroines determined to change their lives and those of other women. The first book. A Widow’s Vow is due for release in September and available for Amazon pre-order now.
Rachel is a member of the Romantic Novelists Association and has thousands of social media followers all over the world
To sign up for Rachel's newsletter click here
Website
Twitter @RachelBrimble #AWidowsVow
Facebook
@rararesources
Amazon UK 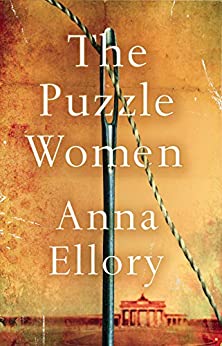