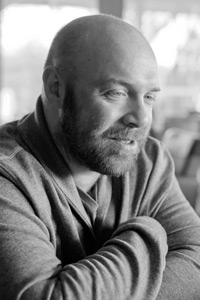 Hi Andrew, and welcome to Jaffareadstoo.

My name is Andrew, and I'm a writer and filmmaker from Glasgow.  I have lots of fingers in lots of pies; I write short and feature films, and occasionally direct them. I also produce music videos and other film projects through my company, Rain Fire Films, and run a website helping people explore Glasgow, www.discoverglasgow.org. I also write for an American gaming website, Warp Zoned.
In short, I’m a workaholic!

I started as an author at a very young age writing short stories, although they were not very short and the bane of my school teacher's lives, who had to read them and mark them. As I grew older, I drifted towards screenwriting through a love of film. I studied English Lit and Film at the University of Glasgow, then completed a Masters in Screenwriting at Bournemouth University. It was while I was there that I started penning the Spirits of Vengeance series, but one of my lecturers, Rosie Cullen, suggested that it was too dense and long for a screenplay and that it may be better material for a book.


Would you say that your novels are influenced by your northern background and how have the people and its landscape shaped your stories?

It's funny you ask that, because I actually finished the very first draft on a year out travelling the world. I remember I was in an Australian hostel, and it was raining, so I spent a few hours doing the last chapter and celebrated with a stubby!

Up until then, I would say the Scottish landscape had certainly inspired the fictional world of Enara. There are parts where its lakes and grasslands and mount ranges that all come from my love of the Highlands. As it's a fantasy book, it takes place in a wide range of climates and places, so I feel that it's more a reflection of Earth as a whole. I remember travelling through Bolivia and being so inspired by the topography and mountain ranges. Different cities or regions in the book are inspired by different parts of the world. In the upcoming second book, The Assassin of Araneque, we see more of the land of Heroshin, which is a fusion of Scottish and Nordic in terms of architecture and culture.


As a writer based in the North, does this present any problems in terms of marketing and promoting your books and if so, how do you overcome them?

When the first book launched, it was a self-published endeavour, and a lot of the marketing was through social media and book blogs. I did a small book launch party and had badges and bookmarks made up which was great and people really got behind it.

Since then, the series has been signed up by a publisher, Black Wolf, who organise book signings which is certainly a useful event to be able to do.

But I think in Glasgow there are several opportunities if you look for them. There are lots of independent book shops, and I am hoping to see if I can get my books in them rather than just the bigger online stores. I'm also going to inquire for more interviews like this in local publications, as I ignored written press the first time around.


Writing is a solitary business - how do you interact with other authors?

It's rare that I do, to be honest. I lived in London for six years, and I had a screenwriters group there, but I rarely have time to meet people these days. I am friends with several authors, but our friendship was not formed because we write.

I follow many authors on social media, especially Twitter, but writing is one of many parts of my life, and I don't mind the solitude of it. In fact, I relish the time I get to spend alone with my characters!


How supportive are local communities to your writing, and are there ever any opportunities for book shops, local reading groups, or libraries to be involved in promoting your work?

Again, now that there is a publisher involved, I am hoping there will be more opportunities for me to take the book into book shops and libraries. I think my problem is that I see my role on Spirits of Vengeance as the writer, not the salesman, when I am in fact both. It's a strange revelation and for me it requires adopting a different persona. Once the second book is done, I'll be liaising with the publisher to see what we can do to promote it, and what I can do personally to meet new people. 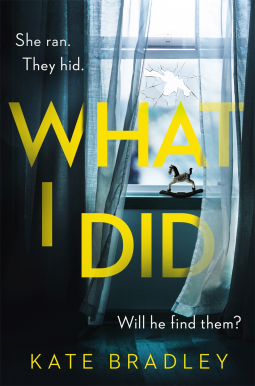