And to welcome the author 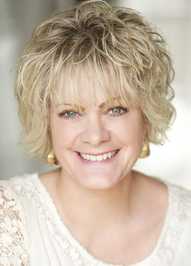 Hi Claire, welcome to Jaffareadstoo and thank you for spending time with us today. Tell us a little about yourself and how you got started as an author?

Firstly, thank you so much for inviting me to take part in this Q&A. It’s a real treat!

I guess I’ve always written (or had aspirations to). I remember sitting at my grandmother’s bureau when I was a girl and writing shockingly bad poems and short stories. I studied English at Birmingham University in the early 80s but then got sucked into the world of work and bringing up my family, so it was only when my kids were in their teens that I finally lifted my head above the parapet and thought, ‘Hey, why not give writing a try again?’

I went on a Cornerstones course and met Julie Cohen who introduced me to Reading Writers, the longest-running writing group in Reading and, on joining I began to work with some wonderfully supportive people who weren’t afraid to tell me when I was getting it wrong but who also celebrated with me when I got things right!

From there it was mainly because of the people I met on the way who gave me the encouragement and context to push myself to completing whole novels and then, when I thought I was ready – which I obviously wasn’t – I started the whole submission thing. There have been many rejections along the way, but what’s been fantastic is the whole learning process I’ve been on and the characters who have peopled that journey. I wouldn’t have been without any of them for all the world!

Where did you get the first flash of inspiration for The Last Day?

The idea came to me when I was sitting at my desk and I hastily started writing down some notes for it. I wanted the book to be about an older woman and her ex’s new young partner. Originally, it was to be based around four portraits which would represent the changing relationship between the two women. It’s altered a bit along the way, obviously, but I what I wanted to explore was a different paradigm to the norm: one where the women actually liked one another!

The novel is told from three viewpoints: Boyd’s, his ex-wife Vita’s and his girlfriend Honey’s.

When Boyd finds himself in financial straits he asks Vita if he can move back into the home they used to share and bring Honey with him. Vita says yes because she’s over him and it doesn’t bother her either way whether he’s there or not.

However, living together is unsettling for all of them. Each has their own secrets and desires and the past has the tendency of bumping up against them and knocking them off course. I can’t say too much without giving the game away, but needless to say they each end up in completely different place than the one in which they started!

I’m more of a see-where-it-goes sort of writer. I have a basic plot outline but find that the characters tend to dictate where and how it develops. For example, in The Last Day, Vita’s POV was originally in the third person, but on the second rewrite, she pushed herself centre and forward and started waving her paintbrush at me and telling me what she should say next and so I had to put her in the first person after that!

Also, whilst I knew how the book was to end, I tried not to tell myself so that I would keep the same element of surprise in the writing that I hope the reader will experience when they read it!

I’m very lucky in that I have a writing room at home. It faces my garden and since my kids have left home at least one, if not all, of my three cats tend to spend their days with me. Ideally, I like it to be quiet but living in Reading that’s not always possible, especially because each of my neighbours have had or are having major extensions done to their houses!

However, I also like to write in other places. I relish going on writing retreats to, for example, Retreats for You in Devon or Tŷ Newydd in North Wales but my absolute favourite writing place is Kalkan in Turkey. I think we’re on our 16th and 17th holidays there this year and there’s nothing better than sitting on the terrace of the villa where we stay with my laptop in front of me and gazing out over the bay as the sun sparkles the water.

Having said all this, my best thinking I suppose happens either at night in bed when I can’t sleep or in the swimming pool where I go for my thrice-weekly swim. The dark and silence of the night and/or the focus of thinking of nothing but counting lengths does, I find, free up my mind to sort plot problems or character dilemmas.

Are you your worst critic and why?

Oh yes, certainly! I think it’s a writer’s natural state to be in a constant state of doubt and despair. Whenever I write I have the good fairy on one shoulder telling me I can do it, and the bad fairy on the other, telling me what I’m doing is rubbish and doesn’t make sense. Even reading the proof copy of The Last Day was a rollercoaster: one minute I’d be telling myself, ‘This is OK, you know,’ and the next, I’d be wracked with uncertainty. The only way to counter this, I believe, is to put your trust in your characters. It’s their story, after all!

And finally ...If your life was book what would be the title?

My family have said that, due to my fashion choices, they are considering putting the words, ‘Here lies Claire Dyer, she wore beige’ on my headstone, so maybe the book of my life could be called ‘The Woman Who Wore Beige’!!!

Thank you again for featuring me on your site. It’s been a huge pleasure!


Every ending starts with a beginning; every beginning, an end.

Boyd and Vita have been separated for six years when Boyd asks if he can move back in to the house they both still own, bringing with him his twenty-seven-year-old girlfriend, Honey.

Of course, Vita agrees: enough water has travelled under enough bridges since her marriage to Boyd ended and she is totally over him; nothing can touch her now. Boyd and Honey move in and everyone is happy - or so it seems.

However, all three are keeping secrets.

Vita enjoys her own company, immersed in her artwork, she appears self-contained and in control. When Boyd, her amicably estranged husband, falls on hard times, Vita is persuaded, almost against her better judgment, to allow him move back into what was once their shared home along with Honey, Boyd's much younger girlfriend. This unlikely ménage seems a strange combination but as their shared experiences start to merge and coalesce, so the secrets of their lives start to be exposed.

The whole idea of the last day is very skilfully developed and without saying anything at all about the plot, I was completely taken in by the whole concept of time passing. Through a fascinating three stranded narrative the circumstances of the story are revealed by Vita, Boyd and Honey. All three characters have distinct voices and the author, very cleverly, allows them time to tell their stories in their own unique voices, without any one of them outshining the other. I was engrossed by all three characters, but I was especially captivated by Vita, whose strength and determination wraps around her like a shield.

The Last Day is a beautifully written novel which shows remarkable insight into the subtle nuances of a fractured marriage, where past hurts have long gone unreconciled and where disappointment and sadness have lingered for far too long. The author carries the reader along, not with a plot that shouts and screams to be heard, but rather with a delicate blend of thoughtful reflection, so that before long, The Last Day fills spaces in your mind that you never knew existed.

Claire Dyer’s novels, The Moment and The Perfect Affair and her short story, Falling For Gatsby are published by Quercus. Her poetry collections, Interference Effects and Eleven Rooms, are published by Two Rivers Press. She has an MA in Creative Writing from Royal Holloway, University of London and teaches creative writing for Bracknell & Wokingham College. She also runs Fresh Eyes, an editorial and critiquing service.

In 2016, Claire penned and performed a poem for National Poetry Day, called The Oracle, for BBC Radio Berkshire.

And do visit the other blog tour stops for more exciting content. 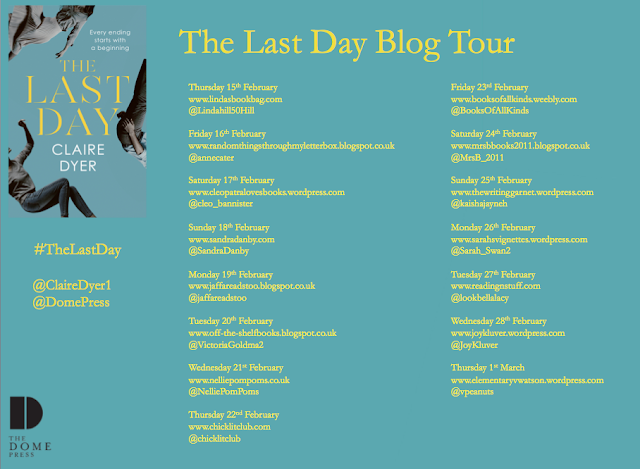