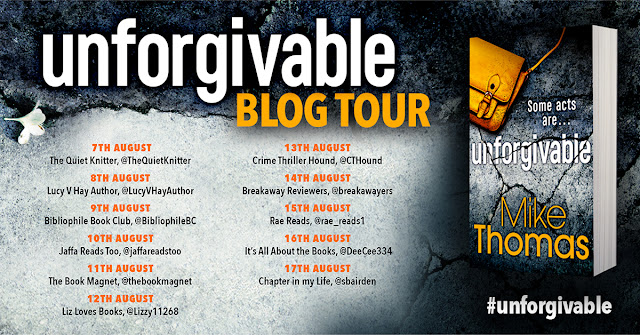 I am delighted to welcome the author, Mike Thomas to tell us all about his writing space in ... 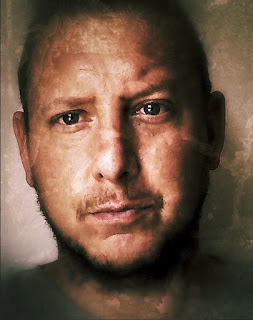 I’ve lived quite the transient lifestyle during the last six or seven years, moving house several times and eventually leaving the UK for a six month stay in the wilds of central Portugal. We forgot to move back though, so now I’m here for good, writing and fixing up an old stone quinta that was derelict for nearly three decades and appears destined to drain my bank account of every single penny I have to my name.

Within those various houses I’ve been moved around constantly, from dining rooms to bedrooms and back, then to hallways and kitchen worktops and even a draughty old veranda that was collapsing at one end – Look! You can see the garden through the floor! – and populated by lizards. It’s been interesting, and not a little disruptive, but if you’re gonna write you’re gonna write, no matter the surroundings.

I dream of a fixed place where everything is set up so I can just turn my computer on each morning and begin typing. Until then, wherever I move I have a few things that will remain on my desk, or on the wall nearby. They make it feel semi-permanent, at least. Now I’m back in the bedroom again, which conveniently means I can roll out of my pit and onto the chair for work while still in my underwear. This is what surrounds me, and is supposed to inspire me:

Wallpaper lining. When prepping my debut novel, ‘Pocket Notebook’, I asked my wife to buy me the writing software package, Scrivener, as a birt
hday present. She ‘hilariously’ bought wallpaper lining and pencils instead, pointing out that I could plan and map out the book far more efficiently – and cheaply – using the rolls of paper. I wasn’t impressed at the time. Now, I use it for every novel and it hangs from the bedroom wall – full of flowcharts and plot points and notes galore – in front of my desk. My wife hates it. I consider this karma.

Pens. YOU CAN NEVER HAVE ENOUGH PENS. So there. I buy them all the time, even if I don’t need any more. I have purchased posh ones and Poundland packs. I currently use my new love, a Uni-ball Jetstream which is great for quickly scrawling notes while working, and three of them are currently scattered across my desk. At the end of each day I lock them away – my wife is a notorious pen thief and she is never getting her hands on them. Oh no.

A cardboard toilet roll tube. Fashioned by my young son for a birthday a few years ago, the scrawl in Biro reads ‘Happy Daddy Day’ surrounded by what I think are fireworks and an apology that it isn’t a proper card. I threw it out once – it didn’t end well. He comes in every day now, checking it’s still there and that I can see it as I work.

The Reader’s Digest Oxford Complete Wordfinder, a doorstop of a dictionary published in 1993. I, ahem, ‘borrowed’ it from a family member over twenty years ago, arguing that I needed it to complete my latest magnum opus (that was rejected by every publisher in the universe), and promising that I would return it as soon as I was finished conquering the book world. It’s still there, and I still use it, and I’ll never give it back as I have grown quite attached to it, which kind of makes my grumbles about my wife’s pen stealing activities rather hypocritical.

A snow globe. With a happy, smiling, waving penguin inside the glass ball. I may have ‘liberated’ him from another friend’s house, but time, as ever, has clouded those memories. And anyway, it’s what everybody needs on their desk, right? He smiles and he waves and sometimes I pause and look at him and smile and wave back. ‘Hello, Nuno,’ I say, because that is the penguin’s name and I am nothing if not polite.

A view. Where I live is mountainous and lush and carpeted with pine and eucalyptus trees and it is a joy to sit back from the laptop, look out of the window and see it – so inspiring! – stretch out before me. Or rather, it was until mid-June when the entire region went up in the biggest, out-of-control inferno in the country’s history, burning through tens of thousands of hectares, destroying homes and villages and killing people and turning the centre of Portugal into a blackened ground zero. So now I stare out at ash, and charred trees, and dead forests. I cheer myself up by pretending I am actually living in Cormac McCarthy’s ‘The Road’, albeit without a heavy shopping trolley and a moany young boy following me around everywhere. Bonus.

Bombs detonate in a busy souk, causing massive devastation. An explosion rips apart a mosque, killing and injuring those inside.
But this isn't the Middle East - this is Cardiff . . .

In a city where tensions are already running high, DC Will MacReady and his colleagues begin the desperate hunt for the attacker. If they knew the 'why', then surely they can find the 'who'? But that isn't so easy, and time is fast running out . . .

MacReady is still trying to prove himself after the horrific events of the previous year, which left his sergeant injured and his job in jeopardy, so he feels sidelined when he's asked to investigate a vicious knife attack on a young woman.

But all is not as it seems with his new case, and soon MacReady must put everything on the line in order to do what is right.

On Publication Day I am delighted to be part of this blog tour Moonflower Books 2 December 2021 My thanks to the publishers and Midas Pr f... 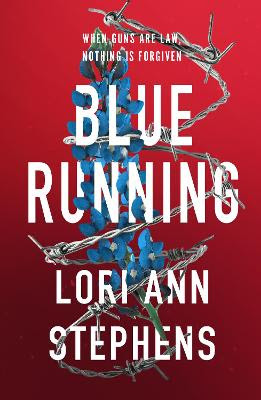