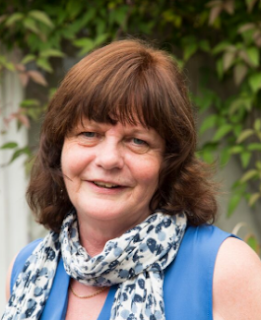 Hi, Sue and welcome to Jaffareadstoo. Thank you for spending time with us today.

Confession time: I’m not really a northerner. I was born in the Midlands and lived there until I was nine when the family upped sticks to Yorkshire.

It was a bit of a culture shock – phrases like ‘put wood i’th’oil’ (shut the door), ‘lug ‘oil’ (ear hole) as well as words such as ‘chuddy’ (chewing gum) and ‘silin’ (raining heavily) had me completely flummoxed (confused).

But now I love it and wouldn’t live anywhere else.

So here are five reasons to visit my home city of Wakefield:

The YSP, winner of the Art Fund Prize for Museum of the Year in 2014, is set in 500 acres of glorious parklands, and hosts a changing programme of exhibitions whilst the Hepworth, named after sculptor Barbara Hepworth, who was born in the city, is one of the largest and most visited art galleries outside London.

In all, around 200 of the world’s leading artists are featured at YSP and the Hepworth and their sister galleries – Leeds Art Gallery and the Henry Moore Institute, both in Leeds.

Find out more at: http://www.ysculpture.co.uk/

Rhubarb, rhubarb, rhubarb: Yorkshire Forced Rhubarb, grown by candlelight at farms in the geographical triangle between Leeds, Wakefield and Bradford, was given protected name status in 2010.

Every February, Wakefield goes rhubarb crazy with its annual Festival of Food, Drink and Rhubarb. Highlights this year included street entertainment, a family rhubarb trail and demonstrations by celebrity chef Jean-Christophe Novelli and Rachel Green, from ITV’s Flying Cook and World on a Plate.

The Price of Coal: Pick up a hard hat and battery lamp and descend 140m underground at the National Coal Mining Museum for England where guided underground tours, led by former miners, allow visitors to get their hands dirty and experience life at the coal face as it would have been for the pitmen, and the women and children who once worked alongside them.

The Grand Old Duke of York: Local legend claims Richard, Duke of York, father of Edward IV and Richard III, as the nursery rhyme duke who marched his army up and down a hill.

The hill in question is at Sandal Castle, now a nationally recognised Scheduled Monument, built on the site of a former Norman motte and bailey fortress.

Richard died in December 1460 after he marched his army down the hill against a much larger Lancastrian army, which challenged his claim to the throne.

Time is ticking at Nostell Priory: This 18th century Palladian mansion, now a National Trust property, is home to one of the first long case clocks made by inventor John Harrison, who was born nearby in 1693, and whose marine chronometer revolutionised sea-going navigation, saving countless lives and ships.

Join in a year of ‘Clock Work’ celebrations to mark the 300th birthday of Harrison’s invention and have a go at putting together cogs and levers to see exactly what makes a clock tick.

One more reason to come down my way? Pontefract, a few miles east of Wakefield, celebrates its annual Liquorice Festival on July 10 and promises a smorgasbord of liquorice food and drink – including liquorice stout. Who could resist?

Her career started in local newspapers before switching to PR to become internal communications manager with a large utility company.

She completed a degree in English Literature as a mature student and subsequently moved into higher education, teaching journalism to undergraduate students at Sheffield Hallam University.

At the beginning of 2017, Sue left Sheffield Hallam to focus on her writing.

Their first novel, A Falling Friend, was published by Lakewater Press in 2016 and a sequel will follow in summer 2017.

They now write about books at https://bookloversbooklist.com/

A Falling Friend is available to buy on Amazon here.

After spending her twenties sailing the globe, making love on fine white sand, and thinking only of today, Teri Meyer returns to Yorkshire – and to studying. That’s when she discovers John Wilmot, the second Earl of Rochester, and poet of all things depraved. What she doesn’t realise is even beyond his grave, his influence over her is extraordinary. To hell with the consequences.

Having gone out on a limb to get old friend Teri a job at the university at which she teaches, it doesn’t take long for Lee Harper to recognise a pattern. Wherever Teri goes, whatever she does, every selfish choice she makes, it’s all setting her up for a nasty fall. But Teri’s not the sort to heed a warning, so Lee has no choice but to stand by and watch. And besides, she has her own life to straighten out.

A clever, raw and hilarious character-driven masterpiece that follows the lives of two friends with the same ambitions, but who have vastly different ways of achieving them.

On the first Anniversary of the publication of A Falling Friend, Sue is kindly giving away a copy of her book to 3 lucky UK winners of this giveaway

Huge thanks to Sue for being such a lovely guest today and for sharing her love of her adopted county of Yorkshire with us. 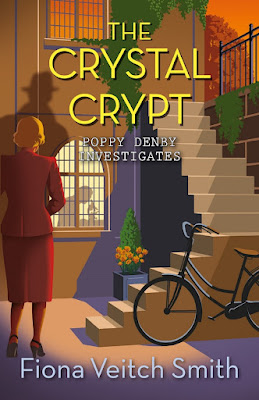