Jaffareadstoo is delighted to be hosting today's concluding stop on the 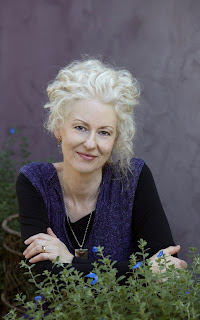 AMANDA CURTIN is a critically acclaimed writer and book editor who lives in Perth, Western Australia. Of Scottish ancestry, she spent years researching Elemental, travelling to The Shetlands, Aberdeen, Peterhead, Great Yarmouth, Edinburgh and all along Scotland’s north-east coast, discovering the superstitions, folklore and customs of fishermen in the nineteenth and early twentieth century. Using archival images and documents — and even teaching herself the Doric and Shetland languages — in Elemental she crafts a vivid portrait of a lost world, and connects it compellingly to our own.

Amanda ~ welcome to Jaffareadstoo and thank you for inviting us to be a part of your blog tour for your novel, Elemental...

Where did you get your inspiration for the novel?

Three little scraps of paper in a file where I squirrel away ideas could be said to have inspired Elemental: one said ‘fishermen’; one, ‘consequences’; one, ‘butterflies’. The second of these was the most obvious and formative, but if you read Elemental you’ll also see the other two weaving through the novel.

I was intrigued with some of the Scottish fishermen’s superstitions I had come across years ago, and then my reading started to expand in wider circles—to fishing villages, fishing boats, fishing methods, fish curing, fishwives… Eventually I came across a reference to the herring girls, and I was (if you’ll forgive the pun) hooked; I knew that the character that had been beginning to form in my head would be a herring girl.

I was—and remain—fascinated by those teams of women and girls in the early twentieth century who left their isolated villages in the north of Scotland to follow the seasonal migration of the herring from the north-west islands to the Shetlands, down to the north-east mainland and as far south as Great Yarmouth and Lowestoft—a journey that began around late February or March and ended just before Christmas, by which time the girls were having to break the ice in the farlins (tubs) of fish. Imagine what it would be like to be on your feet, gutting herring all day, sometimes for ten hours, or twelve or sixteen—just as long as the boats kept coming in. I admired their skill, their endurance, their incredible speed with the knife; I loved their camaraderie and their pride. I wanted to write about those strong, brave ‘quinies’.

My main character, Meggie Duthie Tulloch, is fictional, but everything I read about the women and girls of that time—in newspapers, oral histories, memoirs, government reports—helped to shape her, along with her sister Kitta and friend Clementina. I saw some wonderful photographs at museums and libraries during my research, and I kept photocopies of some on the wall above my desk. I began with the word ‘fishermen’, but it is women who became the heart of Elemental.

It has taken a lifetime for me to see that the more afraid people are of the darkness, the further into it they will flee.

Nearing the end of her life, Meggie Tulloch takes up her pen to write a story for her granddaughter. It begins in the first years of the twentieth century, in a place where howling winds spin salt and sleet sucked up from icefloes.

A place where lives are ruled by men, and men by the witchy sea. A place where the only thing lower than a girl in the order of things is a clever girl with accursed red hair. A place schooled in keeping secrets.
Moving from the north-east of Scotland, to the Shetland Isles, to Fremantle, Australia, Elemental is a novel about the life you make from the life you are given. 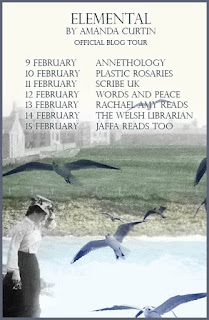 Delighted to host today's blog tour stop Allison& Busby 22 October 2020 My thanks to the publishers for my copy of this book and t... 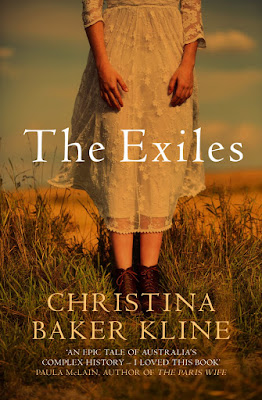