📖 Blog Tour ~ Be Brave For Me by Elaine Johns


Cornwall, England, 1941. Gazing at the coiled barbed wire and danger signs on this once-beautiful beach, Maddie suddenly hears a frightened little cry. Her heart pounding, she races down the dunes, but knows she will never reach the child in time...
Maddie Brady is overwhelmed with relief to see a brave soul ahead of her rescue a little boy trapped among the landmines on the beach. But thanking the man, Maddie is shocked to hear a German accent. Why would an escaped German prisoner of war rescue an English boy?
As a driver in the Army, Maddie is duty-bound to report Rudi immediately. But when he speaks of his home in a sheltered valley destroyed by Nazis, and how his father was killed for objecting to the war, Maddie feels a deep connection to this lost soul with sparkling blue eyes.
With Rudi hiding out in a farmer’s barn, Maddie can’t keep herself away, smuggling him bread and water. Their passion brings them comfort in the darkest days. But as their love grows, so does the terrible danger of discovery…
As her colleagues begin to suspect she’s hiding something, Maddie is torn between loyalty to her country, and the man she’s shared everything with. Helping Rudi flee across the desolate countryside would mean being parted forever – and if he’s captured, he may not even survive. But could she bear to betray her soulmate? As the war tears the world apart, will they survive the impossible – or will their secret love only bring them despair?
📖 My Review..
Be Brave For Me is  a love story with a difference as Maddie and Rudi meet in the most unexpected of circumstances. Madeleine Brady is a driver in the army and has been given the task of taking an officer to a camp which house prisoners of war and it is there where she meets Rudi Fischer, a German POW, who has been classified as non-dangerous. However, Rudi is being bullied by another prisoner and taking these threats seriously, Rudi escapes the camp and it is this momentous decision which brings Maddie and Rudi together.
What then follows throughout the story is mainly about Maddie and the effect that the war has on her life. She is a determined young woman and faces everything with a stoicism so often found in this wartime generation who lost so much and who never took life, or love for granted. The author writes well and keeps the reader's interest alive, especially as the time span runs from 1941 when the story begins, to the conclusion of the story in 1957 when secrets and resolutions are shared.
Be Brave For Me is the first in a new series of wartime stories set in Cornwall and this book certainly gets the series off to a good start. I enjoyed the warmth of the storytelling, the attention to historical detail and most of all I enjoyed Maddie and Rudi's love story with a difference.
Best Read with..a bottle of Cornish ale
About the Author 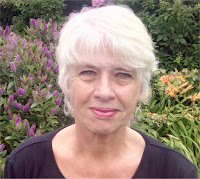 Elaine Johns inherited her love of fiction from her Irish mother and a passion for writing was the happy result. She was born in Belfast, Northern Ireland, came to London to attend the Italia Conti Performing Arts Academy, and made records with her twin brother in their teens that scraped their way into the charts. After an initial career as a jazz singer and flautist in big bands, she was a print and television journalist in Bahrain, editing and presenting the News in English at Bahrain Television. She is now freelance, writing mostly short stories for UK women’s magazines from her home in Cornwall and, before retiring, used to lecture part time at Truro College. She has written several contemporary women’s fiction novels, including Ice Cream for Breakfast and Lemonade and Lies. Her favourite genre is historical women’s fiction, and she particularly enjoys writing in the 1940s and 50s.
She is now well and truly transplanted to Cornwall and enjoys life with her long-time partner (her hero and rock), a jazz musician and artist. Elaine has two grown-up sons, and loves Zumba, music, walking with her friends, and getting the most out of life, whatever it throws at her!
Website
Email Sign Up
Amazon
@bookouture #booksontour 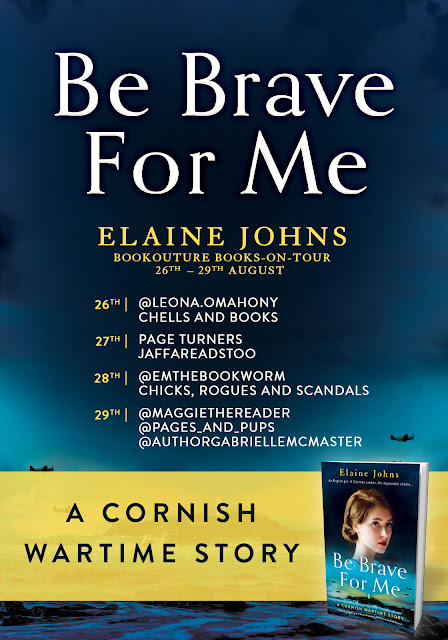